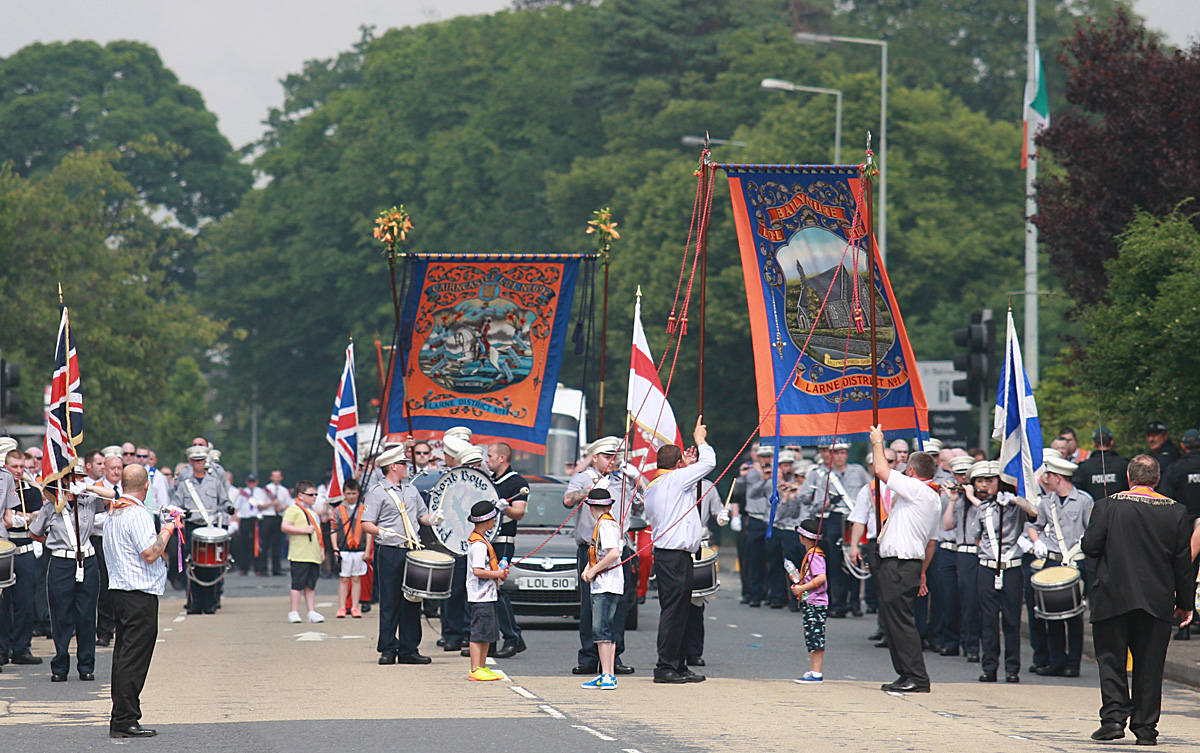 AN SDLP Councillor has welcomed the weekend decision by the Parades Commission not to allow an Orange parade to pass through the centre of Glengormley.

The United Orange Districts Committee had planned to parade through the village next week in support of the Twaddell protest. The DUP in backing the parade said last week they didn’t envisage any problems as the area had not experienced “any particular problems”. But in a letter to the Housing Executive in March of last year opposing new social housing on the site of the former Glengormley police station, the party described the disputed part of the parade route as an “interface” that’s been the site of “many riots and sectarian attacks”.

The parade, which the application to the Parades Commission says will include 420 Orangemen and eight bands with an unknown number of supporters, has been organised by the United Orange Districts Committee for Tuesday, April 29 at 8pm. The application was for a parade that would set off from Lillian Bland Park on the Ballyclare Road and progress along the Antrim Road and O’Neill Road to Cloughfern Protestant Hall, where speeches will be delivered. However, the ruling means that the parade will be diverted away from the centre of Glengormley.

“This was not a traditional parade and over the past week I had been contacted by a number of people who live in the Glengormley area who were worried that if this parade went through the centre of Glengormley it could have been extremely damaging to community relations in the area. I would urge everyone to respect this decision and to act in a way that respects the rights of the people who live and work in Glengormley.”

North Belfast SDLP MLA Alban Maginness added: “I’m glad that the Parades Commission have listened to and accepted the reasoned arguments we have advanced on behalf of local residents. Their primary concern throughout this process has been maintaining positive community relations and that is something that should be welcomed by everyone.”

“I welcome today's decision by the Parades Commission to place restrictions on this parade. This is a new parade and Sinn Féin met with the Parades Commission to discuss it. It has been diverted away from the Children’s Hospice and nearby nationalist homes and that is to be welcomed. The original application was unnecessary and provocative and the local community will be pleased with this determination.

“It reinforces the point that dialogue is key to resolving issues around contentious parades.”

But the Orange Order has reacted angrily to the determination, describing it as “deeply concerning”.

“This decision is deeply concerning and further proof of the workings of a totally discredited and inept Parades Commission,” a spokesman said. “Not only has it failed to recognise that the proposed route is a traditional one, having been used for the Twelfth of July demonstration as recently as 2013, but now due to its recklessness and increasingly anti-Orange agenda the Commission is setting a dangerous precedent through the denial of shared space in Glengormley town centre.”

The Commission said it had concerns about the proposed route of the parade and the potential for public disorder if it had gone ahead without conditions.