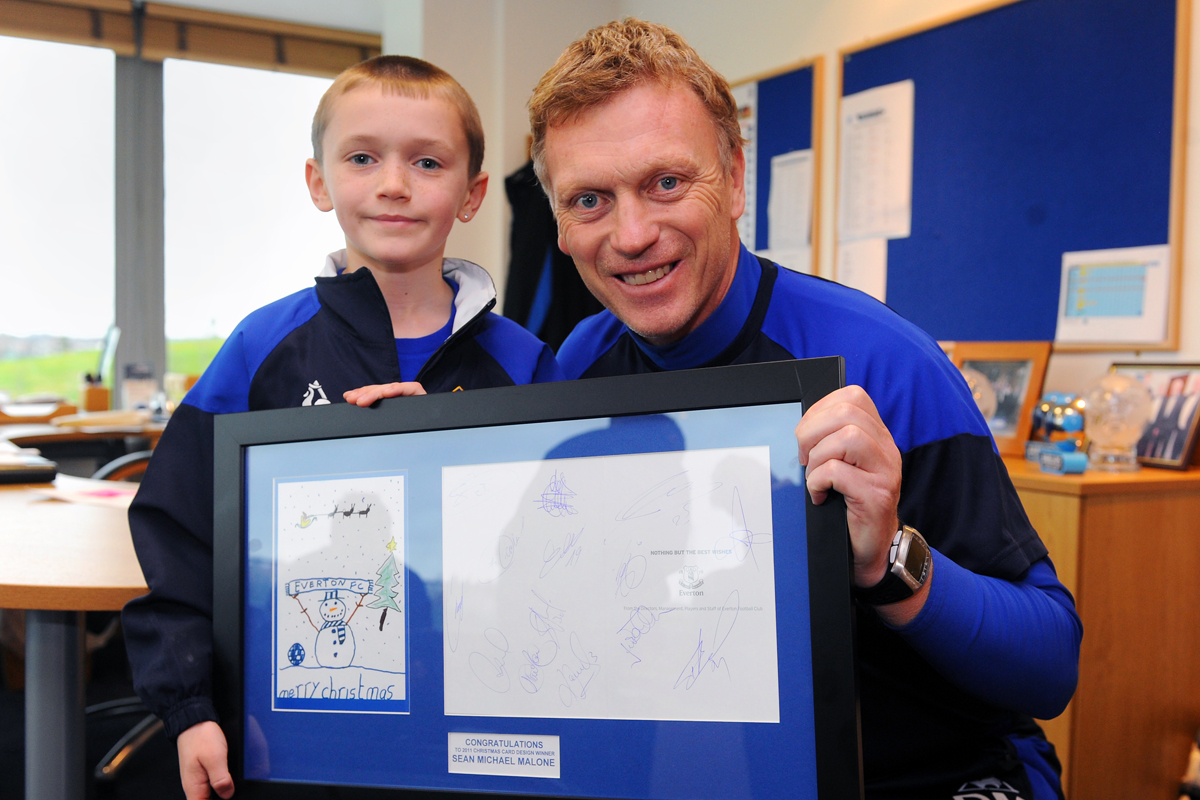 A YOUNG Falls Road football fan said he had the time of his life during a recent visit to meet his heroes at Everton Football Club.

Eight-year-old Seán Malone made the trip of a lifetime with his grandfather Hugh and his uncle Hugh after he beat thousands of entrants from across  Ireland and the UK to design the official 2011 Christmas card for his favourite team, winning himself an all-expenses-paid trip to meet Everton FC at their Liverpool training ground.

The Gaelscoil an Lonnáin pupil got to meet Toffees’ manager David Moyes in his office and spent time with the Everton squad, including his favourite player, Aussie striker Tim Cahill.

“He had an absolutely fabulous time and the players and staff really went out of their way to make Seán, myself and my son Hugh feel welcome,” said Seán’s grandfather, Hugh Malone. “They gave him a full Everton kit, a signed football, and David Moyes took Seán into his office to give him a plaque of his Christmas card which was also signed by all the players. He told Seán that he had to go through sackloads of entries for the Christmas card competition but that Seán’s card was the one he liked best. Tim Cahill sat talking for 30 minutes with him and Duncan Ferguson just couldn’t have done enough for us either.”

“They really pushed the boat out for us,” said Hugh. “We had a really lovely time and everyone made time for us.”