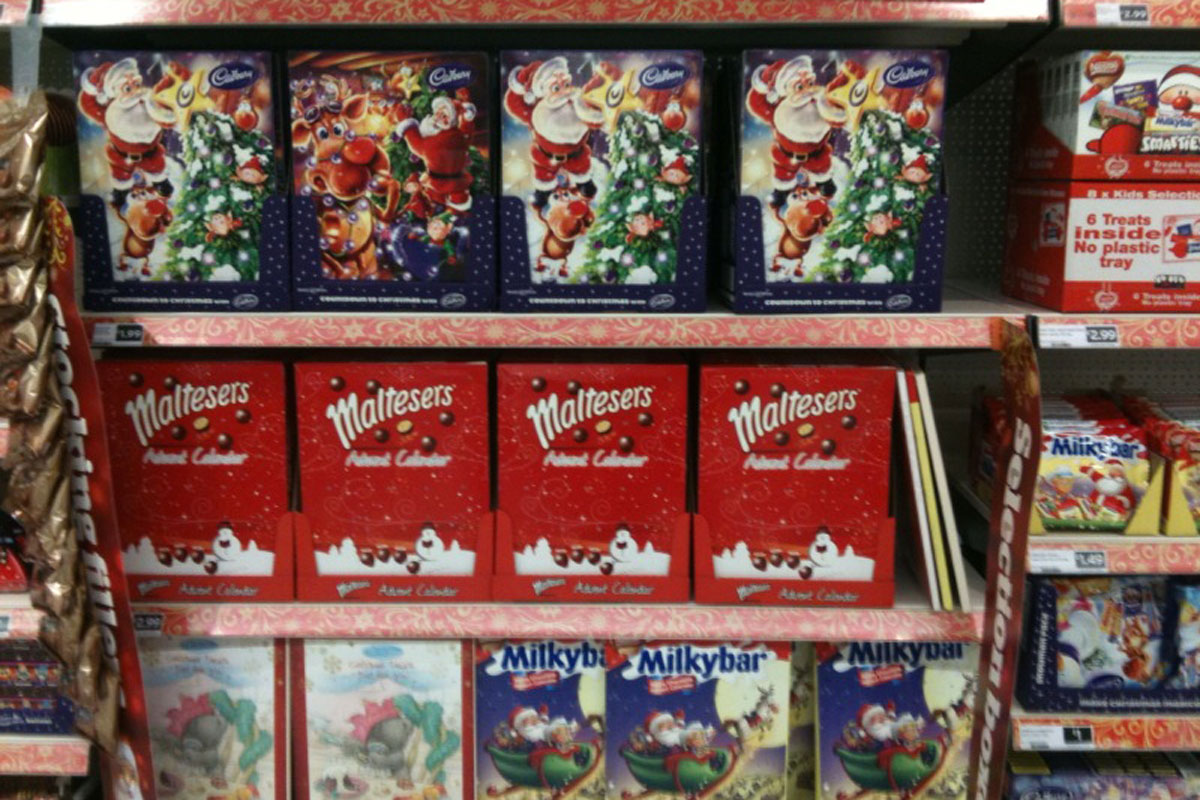 THE SELECTION boxes are out in Sainsbury’s. Not today, not yesterday – they were out a week ago and more. By Squinter’s reckoning, and since it’s all seven-day opening now, that’s 114 shopping days to Christmas, or just under a third of a year.

There’s no point complaining about it – the fact of the matter is that the things are being bought hand over fist and a business is in trouble once it stops giving customers what they want.

The question is, who’s buying selection boxes in the first week of September? Well, people who think ahead, that’s who – which rules out Squinter, whose motto is

Hora Ultimus Mane Est (the Last Minute is Too Early). People like mothers and grannies and aunts and sisters – in other words, women. For if there is a single man who has entered Sainsbury’s – or indeed any other supermarket, because surely they’re all at it by now – to purchase a selection box, then he is a freak of nature who should be in a lab being studied by scientists rather than wandering his local shopping mall.

Women do things like that because they are immeasurably more sensible than men. Squinter has a sister who goes on the rampage post-festive season buying cut-price Christmas cards, selection boxes (sell-by date? Pshaw!), Santa napkins, candles… you name it, she scoops it for a third of the price it’ll demand in nine months’ time. Squinter? This Christmas Eve he’ll be staggering from stripped-bare shelf to ransacked chiller in another vain search for cloves or honey or ham, the Christmas songs in the background sounding like a locker key on a blackboard.

So since we’re at that time of year again – back to school, end of summer – it’s clearly time to formally launch the 2011 Poppywatch. Keep yer eyes peeled.