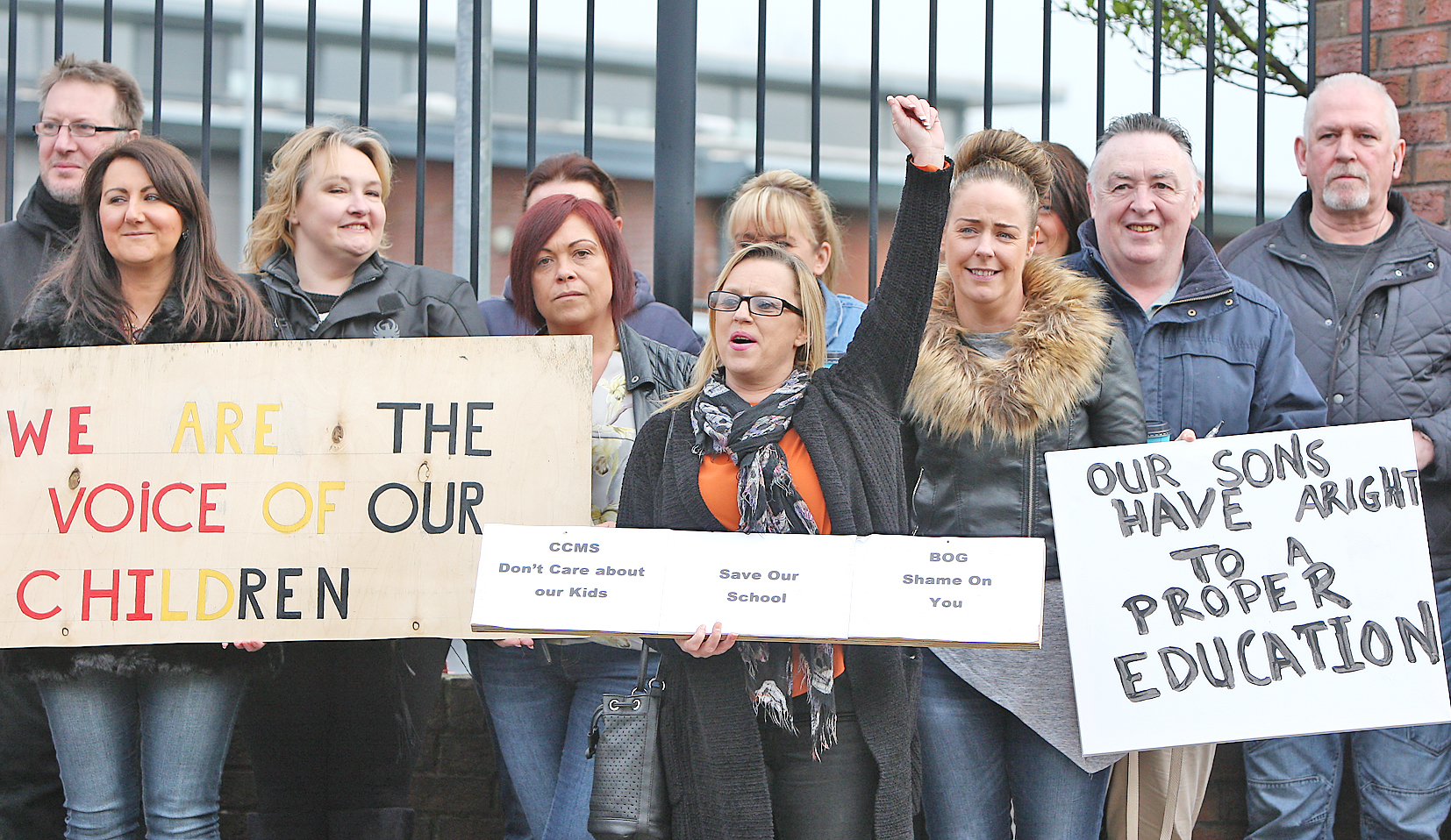 Parents protesting at gates of the West Belfast post primary.

The Concerned Parents Committee said they were informed of the announcement on Monday night and that John Wilkinson has now been appointed to work alongside former St Colm’s Principal Imelda Jordan. It is understood Mr Wilkinson will also provide cover at the school while Ms Jordan is on a period of upcoming leave.

The Concerned Parents Committee said they would be calling a stop to their protests at the school gates, where they have been protesting for the past five weeks, for the moment and that they would be keeping a close eye on the ongoing situation.

Education Minister John O’Dowd announced on Thursday that he would be granting an independent review of the situation at the school following new information he had received. A spokesperson for The Concerned Parents Committee said the group were “delighted” to have received the confirmation of the independent review from West Belfast MP Paul Maskey.

“The Concerned Parents Committee have worked tirelessly over many many weeks now calling for this investigation,” the spokesperson said. “We have spent many hours compiling a dossier and can proudly say our efforts have paid off. We believe that the investigation will answer all our questions, clarify any confusion and will get to the core of what has been going on in our school. We appreciate the help and support from our MP Paul Maskey in recent weeks and we want to publicly thank the Minister for giving parents and children what they so deserve.

“Let's now all work together in collaboration to help get the children's education sorted and this school back to the wonderful and amazing institution that it is.”