SF will be ‘equal partners’ in government 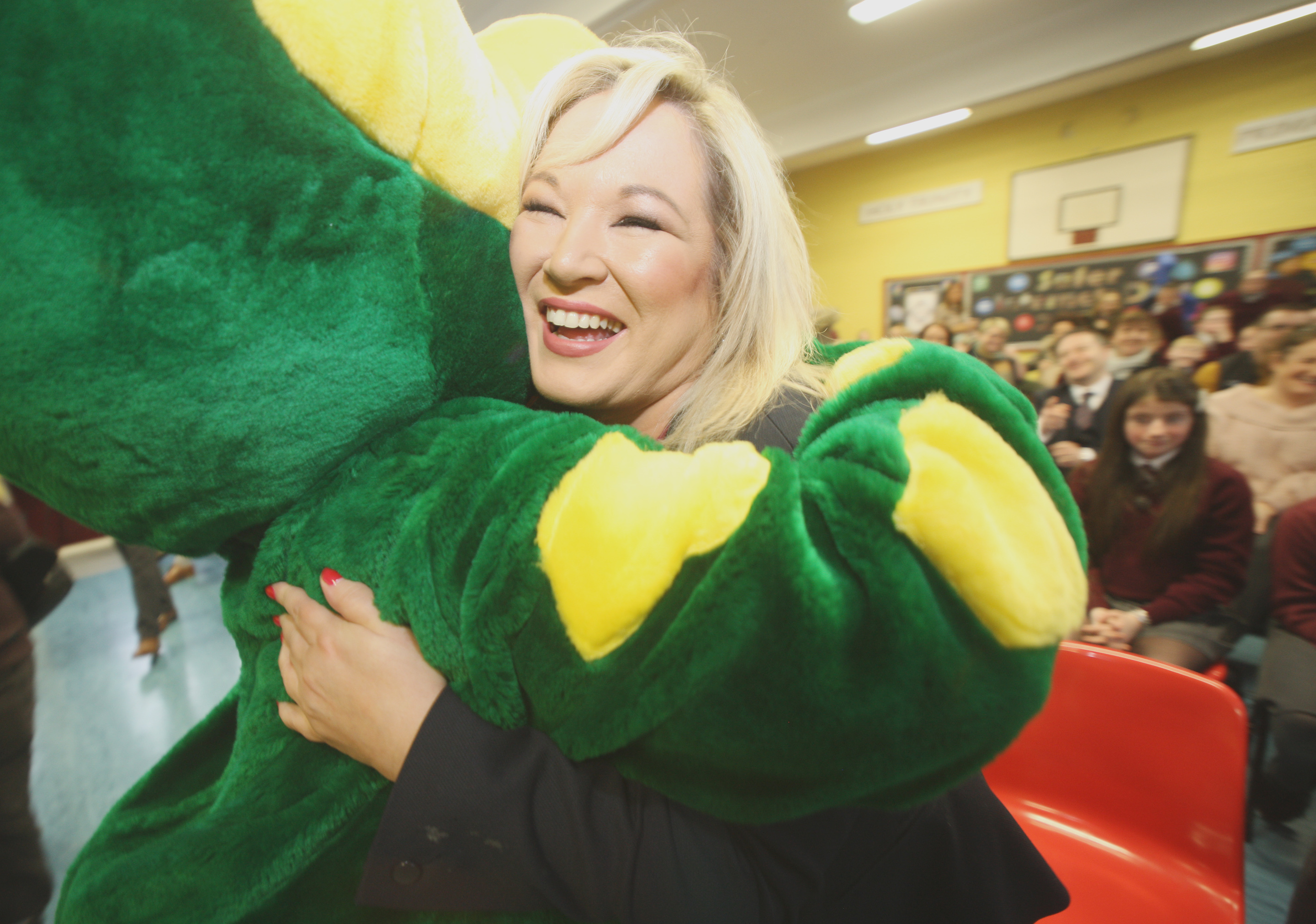 First Minster Michelle O'Neill attending an awards ceremony in Holy Trinity Primary School. the ceremony on the 11th February as this is National Safer Internet Day.

SINN Féin Deputy Leader Michelle O’Neill has said her party would be “equal partners” in any government coalition involving Fianna Fáil.
The election in the 26-counties saw Sinn Féin receive the largest share of first preference votes, picking up 37 seats to Fianna Fáil’s 38.
Parties began talks aimed at forming a government yesterday.
Speaking to the Andersonstown News during a visit to West Belfast on Tuesday, Ms O’Neill, when asked about the prospect of a “rotating Taoiseach”, said that while it would not be “helpful to get into red lines”, but that her party would have certain “asks”.
Clearly, as a party who now enjoys the largest share of votes across the 26 counties then we will be equal partners in government,” she added.
Sinn Féin had earlier mooted the idea of leading a left wing government that excludes both Fianna Fáil and Fine Gael, however, many commentators have raised questions about its viability.
Ms O’Neill said that the election result signalled a “desire” amongst voters for a left government, but stated that any such coalition “probably is a stretch”.
“But that doesn’t mean you don’t make every effort to form alliances where we can,” she added.
“Our determination is to deal with the issues that we said we would deal with in the election campaign. If we can get agreement around those issues then that’s how we decide if we go forward and who we go forward with.”
Sinn Féin’s surge in the polls has raised observations that they may have won more seats had it ran more candidates.
The party’s surplus helped many smaller left parties gain seats in constituencies across the country, leading to suggestions that it might prefer another election. However, Ms O’Neill said that “all effort” should go to forming a government.
“The people have spoken and they have spoken pretty clearly that they want change and that they want solutions to the crisis in health and housing,” she said.
“They have said very clearly that they have had enough of the establishment, they have enough of the status quo.
“We don’t believe that another election should be the first option that anybody chooses. All effort should be around trying to form a government – let’s get this up and running, let’s deliver for people because that’s what they’ve asked for.”
The Sinn Féin deputy leader said that the crisis in health and housing are high on her party’s list of priorities, but insisted that the next government should plan for Irish unity.
“It is the first time in the history of the 26 county state, that Sinn Féin are the largest party. I think that shows there is a support there for the uniting Ireland project,” she said.
“I would say this to those who don’t share the same aspirations as ourselves. There is nothing to fear in terms of trying to shape a new island.
“I think it is an opportunity. Now is the time to plan for Irish unity. Let’s not do onto the people here what was done in terms of Brexit in England.”