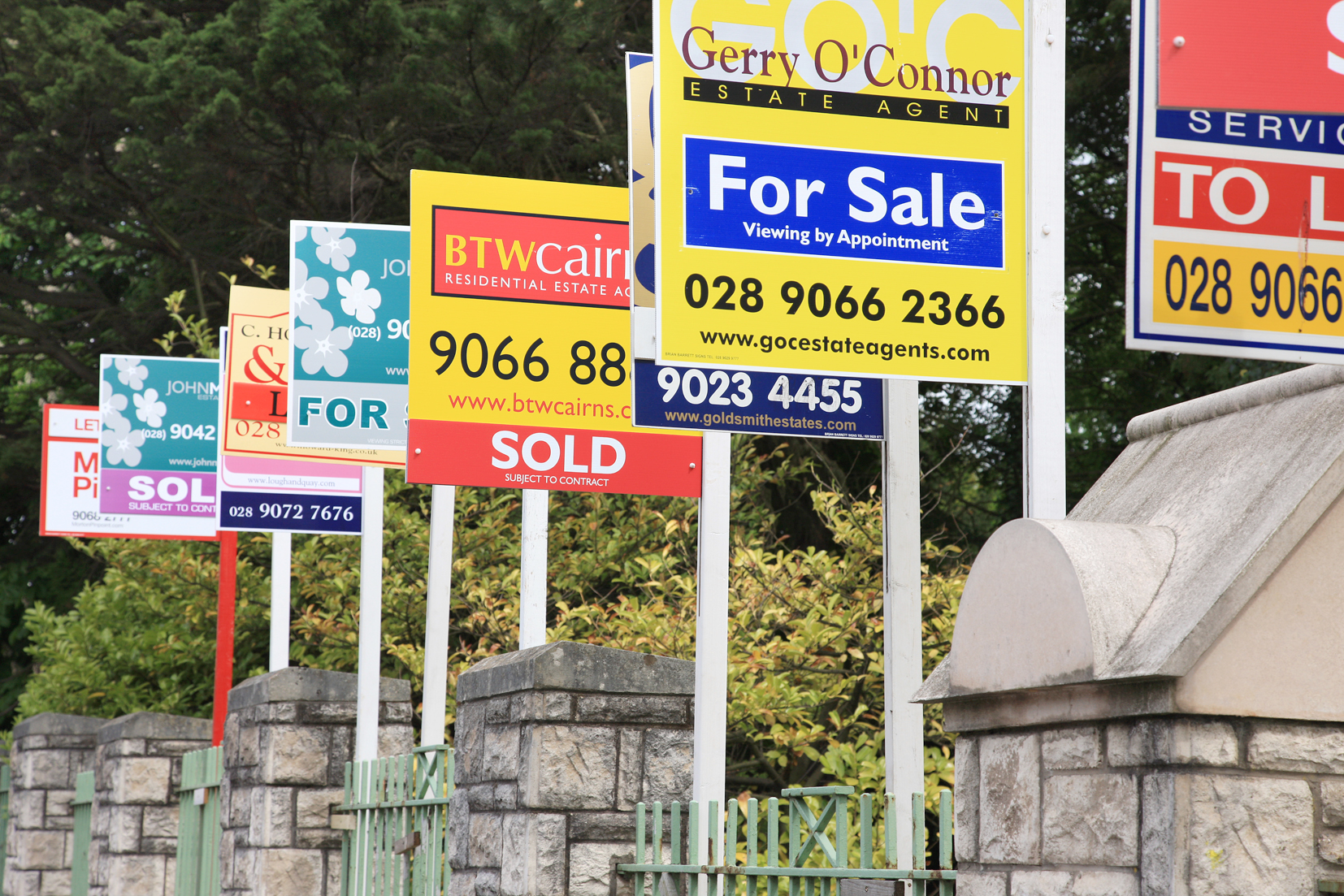 The collapse of the housing market should have been bad news for Presbyterian savers, but wasn’t

2015 – the Year of the Big Storm. The Welfare Reform Storm. Storm Giro, we’d probably call it, if Giros existed any more. Which they don’t? Do they?

Squinter was broadly sympathetic with Sinn Feín’s stated aim of safeguarding the needy and the vulnerable, and if indeed the DUP did show bad faith then they were right to pull the plug on the earlier deal at the last second. That said, though, you have to wonder how on earth tricky negotiations over such huge sums were carried on with such little regard for verification. Squinter is tempted to say the deal appears to have been done on the back of a fag packet, but if we had even that amount of documentation then things might not have been so confused and confusing.

For when the ball went up in the slates last year, in the angry exchanges that followed there appeared not to be a piece of paper, not a shred of hard evidence, that the DUP said this or did that. The Sinn Féin ‘dossier’, when it was eventually produced, was so woolly it was like something you’d get from your granny at Christmas. All we can hope for is that this new arrangement – the ‘Fresh Start’ – was secured with 48mm clout nails.

Funny how the welfare reform issue occasioned such weeping and wailing and gnashing of teeth – for when it comes to matters close to the unionist heart, sums beyond the dreams of avarice can be agreed on and signed off, it seems, with a smile and a pat on the back. Take the RUC redundancy package, for instance. To date the cost has been half a billion pounds. Let’s say that slowly again. Half. A. Billion. Pounds. After the unionists had been quietly convinced that the Trevors had to be kicked to the kerb, they turned their attention to getting them the biggest cars, the best conservatories and the most luxurious cruises possible. And so the redundancy package offered to a discredited and ineffective militia turned out to be the most generous in the history of the public sector, not only in the north of Ireland, not only in the United Kingdom, but in the world. Ever. And yet it was signed off in five minutes and the cheques dropped through the letterboxes just in time for the holiday season. Why was it processed so smoothly? Simply because it was advantageous to the Sinn Féin project that they claim the scalp of the RUC, and so their opposition to the paying of such obscene sums was token verging on non-existent.

Similarly, prison officers, the UDR and after them the RIR were handed pay-offs that were vastly in excess of what their pay bands demanded, and again, sums that would make Croesus blanch were okayed without a chirp from the nationalist and republican side. And so delighted were the servants of the crown at having received the queen’s gold sovereign after signing up for just a shilling that they clean forgot the passionate promises of their political saviours in the UUP and the DUP that only over their dead bodies would the British be allowed to dump the RUC/Prison Service/ UDR/RIR. And how pleased today the former servants of the crown are that those unionist campaigns failed, as they get ready to pack for an Easter break in their Algarve apartments.

Not that it’s only Prods in puttees whose pain is so quickly and readily eased by the largesse of the state – Prods at prayer are similarly protected from the slings and arrows of outrageous economic fortune. Take the strange case of the Presbyterian Mutual Society...

Savers with the PMS – overwhelmingly middle-class and exclusively Presbyterian – were the kind of savers not content to let their nest egg sit in a bog standard bank savings account accruing interest of 2% per annum. In fact they weren’t savers at all – they were players. They preferred a sexier return from an institution playing the volatile property market – and added to the inevitable risk associated with financial speculation was the fact that the PMS was totally and gloriously unguaranteed. The PMS were playing the housing market with their own house uninsured.

When the housing market collapsed in 2007, the PMS immediately found itself in choppy waters. By 2008 they were in a pedalo in the middle of the Southern Ocean in a force 12 gale. In a scene straight from It’s A Wonderful Life, PMS customers began demanding their money only to find that it was in ghost estates and half-empty apartment blocks the length and breadth of This Here Pravince and beyond. The HMS PMS duly went down with all hands.

If you’d bought a house in 2007 for £200,000 and then found out six months later it was worth half that, you’ll be paying for that for some time to come, possibly for the rest of your life, even though you probably weren’t speculating, you were just looking for somewhere to live. It’s entirely possible that your house was built with money from the PMS, money supplied by middle-aged, middle-class Presbyterians out for a quick buck. But if you were one of the PMS players and you had invested, say, £20,000 in the get-rich-quick lotto that was the 2007 housing market, you lost not a red cent, for between them the Stormont Executive and the London Treasury came up with a rescue package that cost £232 million. Yes, you read that right: 9,000 punters had their lot on the last favourite at Down Royal and their nag fell at the first; then they were handed their stake back. And to stretch this sporting analogy to gold medal-winning lengths, as with the RUC, the Prison Service, the UDR and the RIR, unionists who went in to bat on their behalf found the Sinn Féin bowling attack curiously tame; meanwhile, when Sinn Féin put on the pads and the helmet and went out to bat for those on welfare and in wheelchairs they were met with a fearsome barrage of head-high bouncers.

The moral of the story is that, regardless of what unionists had to say during Storm Giro, there’s always money for the needy when it’s needed. But only when the needy have singular needs.