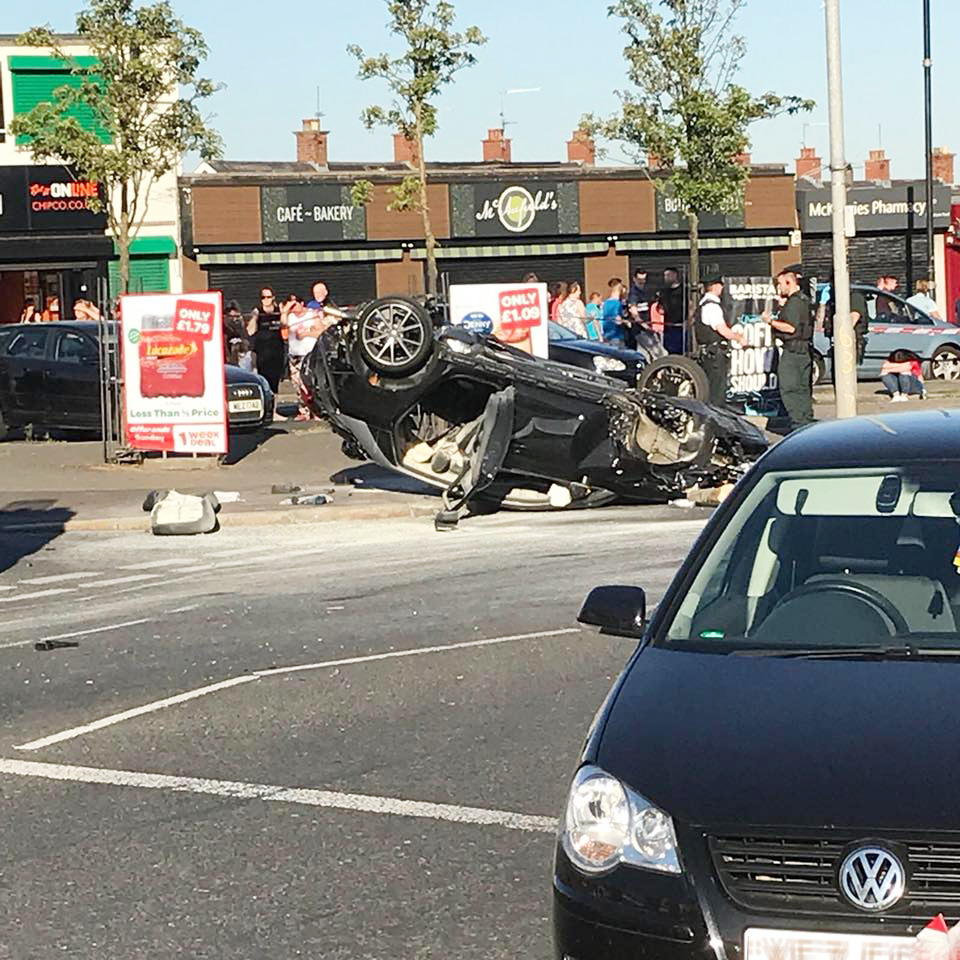 FOUR people remain in hospital, with one man fighting for his life, following a “horrific” crash in North Belfast.
Six people, including one child, were taken to hospital following a six-car collision caused by a stolen car near Ardoyne shops on Tuesday evening.
Police said the vehicle, an Audi A1, was reported stolen from Thirlmere Gardens on Sunday morning.
Shortly before 7pm, the Audi hit a tree before and five other vehicles before coming to a halt. Debris flung from the wreck smashed through the upstairs window of a nearby home.
It is understood that police were in pursuit of the car on the Crumlin Road before the crash.
Superintendent Muir Clark said: “The Police Ombudsman's Office have been notified and are currently investigating the circumstances leading up to the collision therefore it would be inappropriate to comment further pending the outcome of that investigation.”
11 ambulances, including one air ambulance to scene, attended the scene.
Five adults were treated in the Royal Victoria Hospital, with one woman being transferred to the Mater.
A Belfast Trust spokesperson said that two men and a woman were in a “stable” condition, while another person has been discharged. One man is said to be in a “critical” condition.
A child was treated at the Royal Victoria Hospital for Sick Children, but was discharged before 9.30pm last night.
SDLP Councillor Paul McCusker, who was at the scene, described it as “a horrific major road traffic accident”.
“The scenes can't be described as anything other than carnage,” he said.
The Crumlin Road remained closed through the night and into Wednesday morning, but has now been reopened.