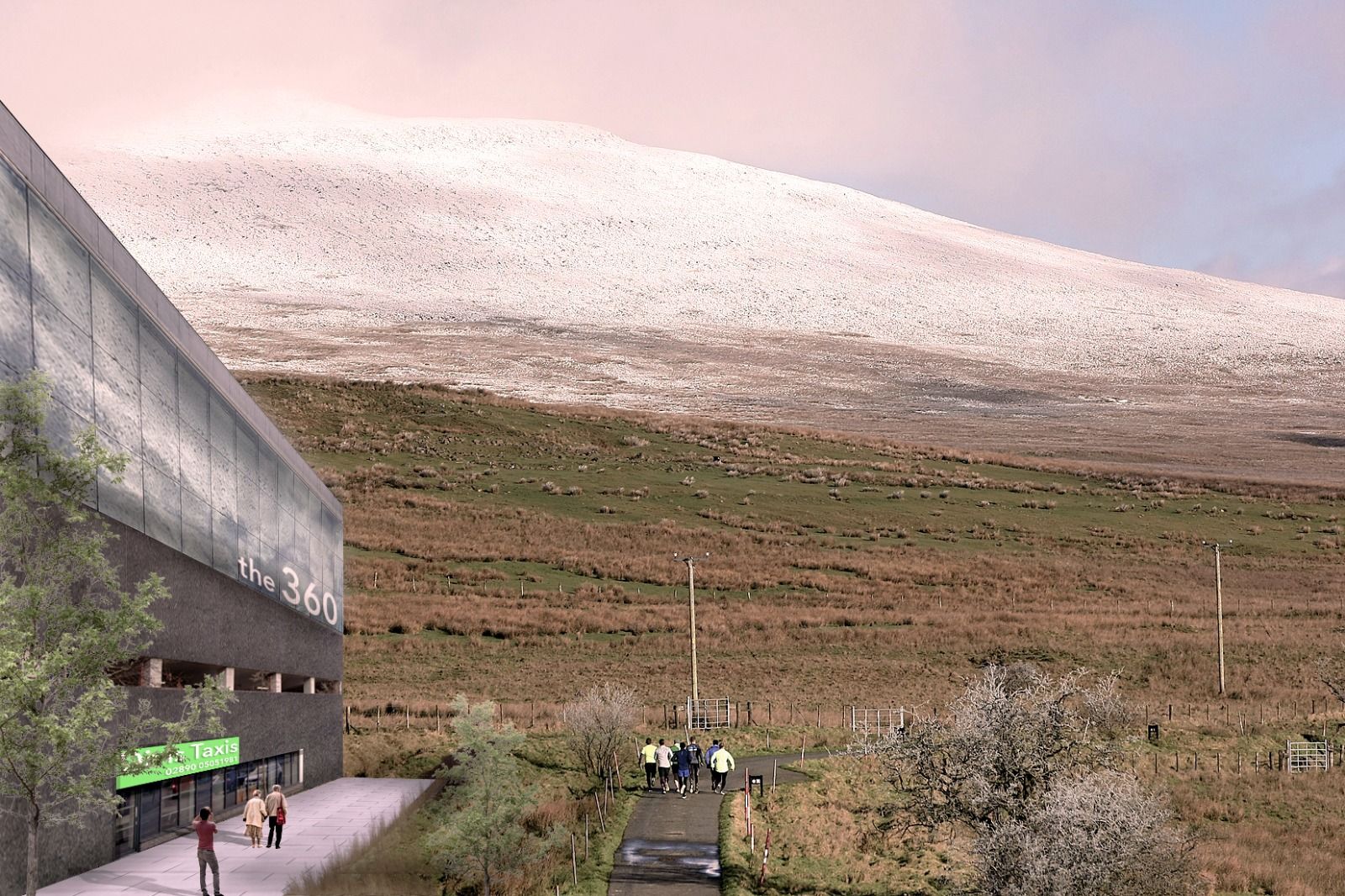 UNVEILED: How the new six-storey car park with rooftop bar will look when it is completed

Throughout lockdown, visitors to the National Trust lands on Divis Mountain have complained bitterly about the interminable lines of traffic, vehicles left on dangerous bends and the lack of spacious car parking.

But now, much to the delight of mountain ramblers, a solution is about to be green-lighted: a six-storey car park complete with a windows-on-the-world rooftop bar offering stunning views of the Sperrins, Mourne Mountains and across to Scotland.

“The new facility will also mean we can now accommodate the polular Belfast double-decker tour buses once tourism resumes again,” she said.

“For a long time, the National Trust on the mainland has argued that preserving our outdoor spaces as pristine oases of flora and fauna is pointless if we can’t allow the public to enjoy these amenities. With our new car park facility, our hope is to open up the wonder of the Belfast Hills to tens of thousands more – every week.”

The spokesperson said car parking costs would be “kept to the minimum” and said profits from the ‘Three Sixty’ rooftop bar would fund the entire development.

“Our business case demonstrates that the nightclub alone will cover the costs of the entire operation and hopefully, over time, fund a similar car park at Cave Hill.”

Reacting to the news local architect, Ciarán Mackel, said: “The designer's contention that this proposed multi-storey car park atop Divis, will, at nightfall, shine like a beacon across the skyline of West Belfast, will not fool the citizens of the city who will see past such marketing hyperbole.

“The 20 metre tall structure may be intended to read as if a glass-panelled, fractal form emerges from what appears as if a 30m x 30m by seven metre tall mass of basalt was quarried from the hillside and then carved to provide parking spaces for hill-walkers – an irony itself – but, in reality will appear much like any other city centre car park, but in the countryside.  In an area of outstanding natural beauty!”

Full details of the plan will be released by the National Trust later today (April 1).