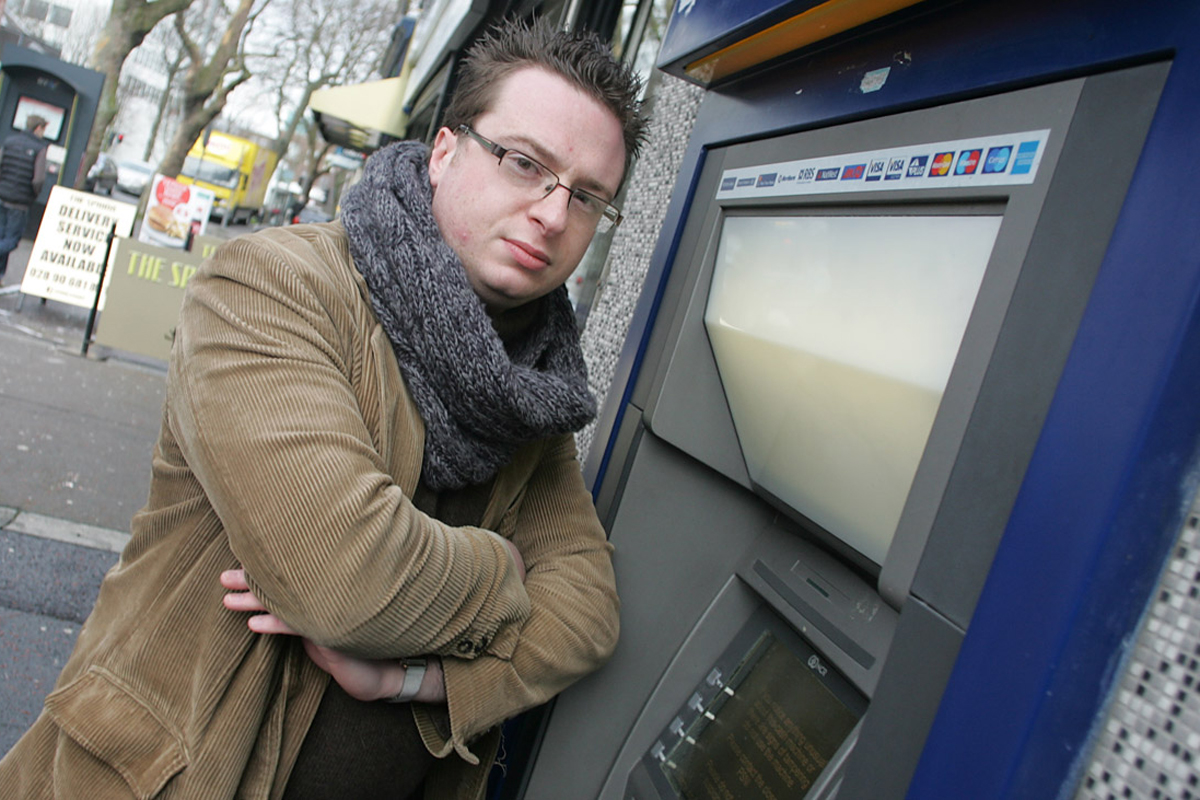 A cash-skimming device has been found at a bank machine in South Belfast.

The machine, which can be used by criminals to clone bank cards and is usually attached to a camera in order to read people’s pin numbers, was discovered on Friday (February 10) at an Ulster Bank ATM on the Stranmillis Road.

It is unknown how long the device was at the ATM, which sits on the junction between the main road and Sandhurst Gardens and is in the middle of a highly popular student area.

Criminals use skimming devices to get people’s bank details and then raid their accounts.

Andrew Charles of the Old Stranmillis Residents’ Association said he urged caution for locals using ATMs in the area.

“By all accounts the device was quite sophisticated and could have been there for some time. Most people probably wouldn’t even know what to look for but someone noticed the ATM looked as if it had been tampered with, so called the police.

“It is a busy cash machine because of the amount of students around here. There are three cash machines on the main road and they are used quite regularly because of the night-time economy so I’m sure a lot of people were caught out using it.

“If anyone notices anything funny with those machines I would encourage them to inform both the bank and the police so we can put an end to crimes like this.”

Andrew said it wasn’t the first time Stranmillis had fallen victim to the skimming devices.

“We had a few discovered here several years back when those devices first became well known. I suppose from that point of view it’s the perfect area for it because quite a lot of people who use them have had a bit of drink and aren’t as careful.

“It’s been a while since there has been one here but this discovery shows there are thieves working in the area and I’d urge people to be extremely cautious.”

A PSNI spokesperson said the incident was still being investigated but advised any ATM users who spotted one of the devices to stop their transaction immediately and alert their police and bank.

“Customers are also advised to make sure they hide their pin number while at an ATM as criminals may be watching. Anyone who notices anything suspicious at a bank machine, or any suspicious activity, should contact police on 0845 600 8000,” added the spokesperson.

A spokesperson for the Ulster Bank said it does not comment on individual cases but added they were  aware of the practice of card ‘skimming’.

and have stringent security procedures in place to deal with the matter efficiently and effectively. All cases of fraud are thoroughly investigated by the bank.