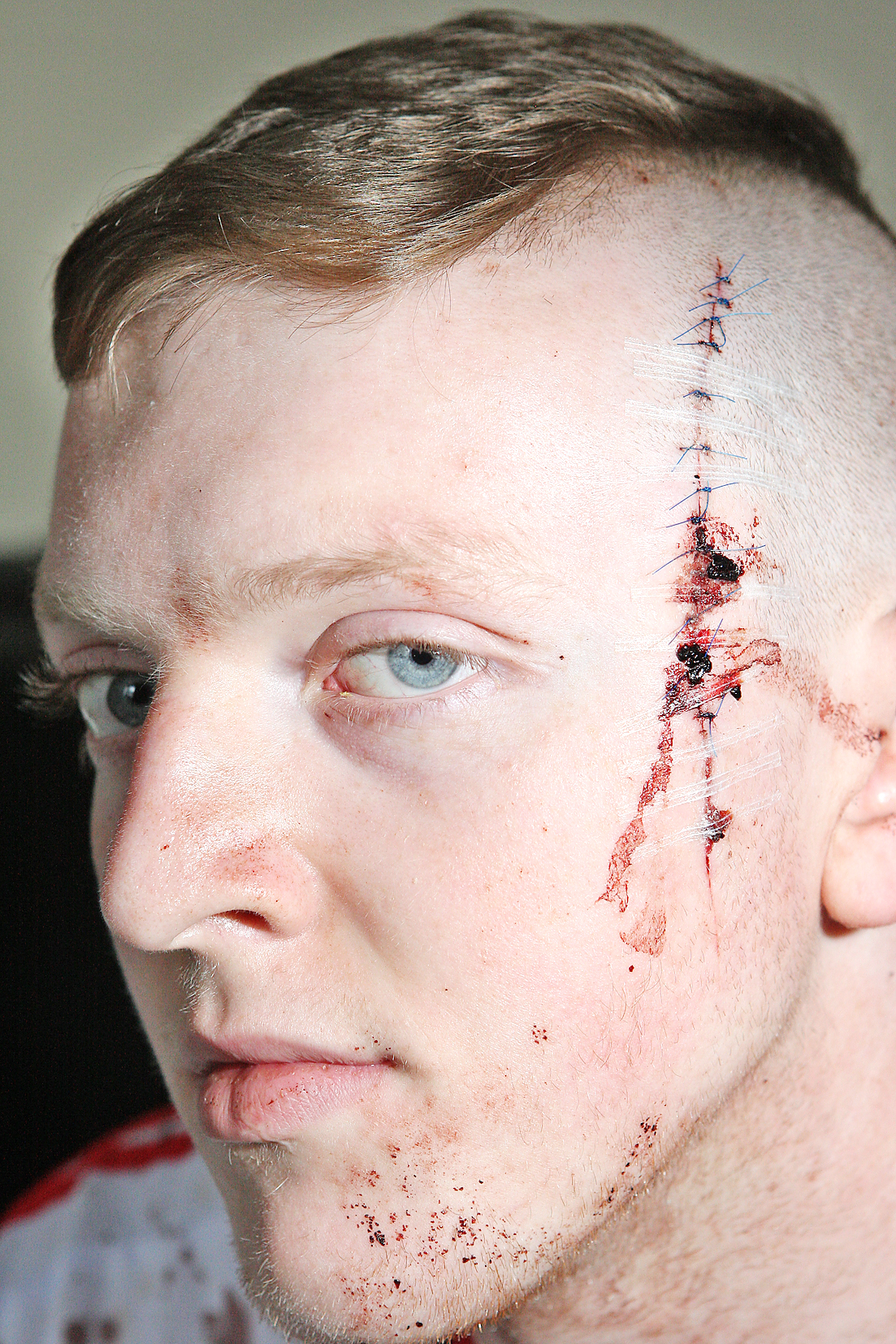 Tomás Magennis was held down on the sofa and slashed with a Stanley knife. The appalling wound required 13 stitches

A BELFAST teenager says he is afraid to stay in his home after his face was slashed by two unmasked men who burst into his Cawnpore Street home.

19-year-old barman Tomás Magennis was attacked around 10pm on Wednesday night as he sat with a friend watching a film. Speaking to Daily Belfast, Tomás recalled the terrifying ordeal.

“They came in through the front door and asked me and my mate which one of us was Paul Magennis –who is my brother?

“They said did we know what Paul had done and I said ‘No, I’m his brother Tomás.’ They put my friend into the kitchen, took our phones and one of them held me on the sofa and sliced my face with a Stanley knife. I kept saying I wasn’t my brother but it didn’t matter.”

After the attackers fled, a blood-soaked Tomás sought help from a neighbour who called the emergency services. He was taken to the Ulster Hospital at Dundonald and had 13 stitches inserted in the side of his face.

Tomás’s mother Jacqueline Hughes, who suffers from polio, said she’s sickened by what happened to her son.

“I wasn’t at home at the time but thank God Tomás was able to get help,” she said. “I’m shocked and horrified by what happened. Those that did this to Tomás had no right to come into anybody’s house.”

“There was no reason for them to do this to me,” added Tomás. “All I was doing was sitting here and getting ready for work the next day. The front door will have to be locked constantly now, I’m very wary of being in the house.”

“We as an organisation completely and utterly reject those who carried out this attack on Tomás,” he said. “He has been scarred for life. This attack is absolutely repulsive and whoever did it carried out their own style of summary justice on Tomás to prove a point. Is this justice, the way Tomás has been left?”

Detective Sergeant Melanie McGrory said: “We are working to establish a motive for the attack and are keen to hear from witnesses or anyone with information. The number to call is 101.”