So what’s the Irish for déjà vu then? 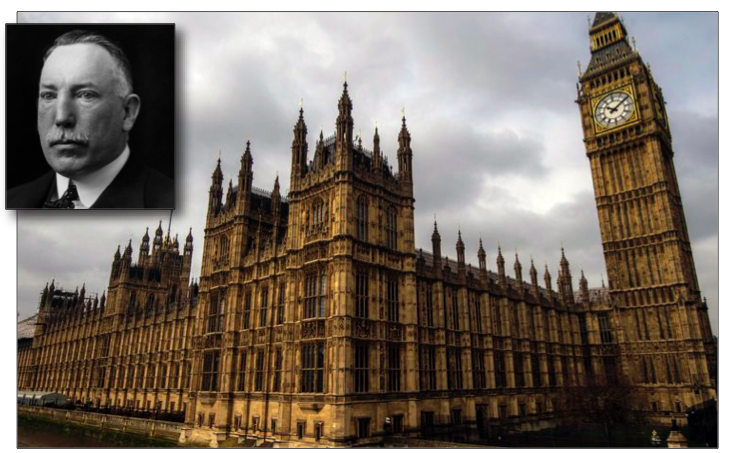 MOVE: James Craig, inset, and his unionist colleagues argued vehemently against the position of the Irish language in the 1912 Home Rule Bill that was going through the House of Commons

Unionist attacks on the Irish language began as early as June 1893 – six weeks before the Gaelic League was founded. During the committee stage of the second Home Rule Bill in Westminster that month, Thomas Lea, the anti-Home Rule MP for South Londonderry, proposed an amendment that would have prevented an Irish parliament from passing any law that would have increased the use of Irish in national schools, courts of law and other places where public money was expended. He was eventually persuaded to withdraw his amendment but not before the nationalist MP, Thomas Sexton, had hailed it as an object lesson in the kind of danger that the unionist imagination engendered in the unionist mind.

The next attack came in 1899 during the Palles Commission enquiry into second level education in Ireland. Dr John Mahaffy, a unionist academic from Trinity College, argued that the teaching of Irish in schools was a mischievous waste of time and that literature in Irish had no educational value. He published his views later.

Irish, he claimed, was a useless, obsolete and unliterary language on the verge of extinction. He opposed the teaching of Irish to young people because he believed it would provincialise them and starve their minds. He also opposed the revival of the language. It was, he believed, part of a general European tendency to reverse imperialism and would be exploited by Irish separatists. Linguistic nationalism was, in his opinion, not only a threat to Ireland but also to European civilisation. It would lead to the revival of many isolated unliterary languages and return Europe to the dark ages. The antidote, he believed, was linguistic and political imperialism which would guarantee intellectual and material progress.

In 1900 Mahaffy was appointed to the unionist dominated Intermediate Board which was responsible for second level education. From there he did what he could to oppose any improvement in the status of Irish as a school subject. Some unionists identified with his view. At a time of arrogant aggressive British imperialism they claimed the same characteristics as the popular English racial stereotype. They saw themselves as a modern, progressive people who cherished British values and the British Empire. Their enemies, the Irish nationalists, they portrayed as lazy, devious, anarchic, criminal types of inferior Celtic stock who, being impractical, were unfit for Home Rule.

They opposed the Irish language revival for two reasons. Some considered it a manifestation of irrational behaviour amongst racial inferiors which had to be curbed for the common good. Others believed it would lead to the destabilisation of the British Empire and the subversion of British values in Ireland were Irish nationalists to develop its potential as a political weapon. In response they either ridiculed nationalists for being so impractical as to set about the revival of a totally useless language, or they encouraged loyalists to fear that the revival was the beginning of yet another Catholic conspiracy to subvert British Protestant civilisation. Consequently they opposed any public funding for Irish or any attempt to improve its status, particularly in education.

James Rentoul, Unionist MP for East Down declared in Westminster in July 1900 that Irish had no value, unlike English or French, and that it was a monstrous thing to fetter the educational energies of the country by trying to revive it. He considered the demand for its revival to be unreasonable, worthless and foolish. In Westminster the following year he opposed bilingual education for Irish-speaking children arguing that they should be educated through English only and expressed a desire to see Irish die out as a spoken language.

By 1906 unionists with strong imperialist views had become more concerned about the Gaelic League’s campaign to add a stronger Irish language dimension to Irish society. The Intermediate Board had become so implacably opposed to any improvement in the status of Irish as a school subject that the Lord Lieutenant had to write to them on 25 July and order them to make the necessary improvements. Only then did the Board capitulate. On the following day during a parliamentary debate, John Lonsdale, MP for Mid-Armagh and member of the Ulster Unionist Council, accused the Chief Secretary of favouring the new Gaelic movement which he claimed had degenerated into a mere political organisation, inspired by hatred of England and all things English. He blamed him for fostering the teaching of Irish in primary schools which he described as money wasted on useless teaching. He also voiced concerns about the use of Irish as a vehicle for the dissemination of seditious views and claimed that government actions were vitiated by enmity towards loyalists.

Unionist politicians made their strongest effort to undermine the language revival movement during a debate on the third Home Rule Bill in October 1912 just a few weeks after the mass signing of the Ulster Covenant. They proposed an amendment which sought to make English the sole official language of the new Irish parliament, the courts and the public service and to prevent an Irish-language test being used as a means of disqualifying candidates from official positions.

They argued that nationalist politicians on achieving Home Rule would, at the first opportunity, make the whole country Irish speaking. Irish, they maintained, was a useless dead language of no commercial value and teaching it to children instead of French or German was a pointless waste of money, harmful to their education and future prospects. Irish, they feared, would become a compulsory subject in schools and an absolute requirement for employment and advancement, a development which would discriminate against Unionists and give unfair advantage to nationalists. They also claimed that Irish was being used as a political weapon to destroy the English language in Ireland, establish a new nation with a new language and ultimately dismember of the United Kingdom destroying it as a nation. An Irish-speaking Ireland, they argued, would then retreat into economic backwardness cut off from the United Kingdom and the British Empire.

The amendment was lost by 220 votes to 329 but not before, James Craig, MP for Down East, declared defiantly, “… it will not be the Amendments …. which will make this Bill unworkable. It will be Ulster.” A decade later Craig and his supporters, who now governed the new Northern Ireland state, had a free hand to take whatever measures they chose to suppress the Irish language and the Irish dimension within its borders. Today we are still trying to come to terms with the damage their policies have done since 1921.