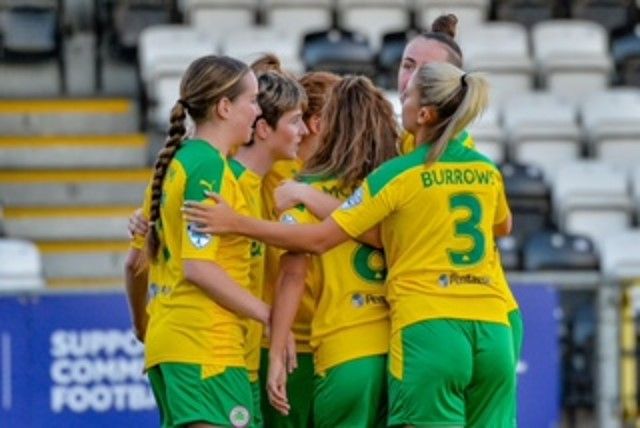 IT was the first home match after the Danske NIFL Premiership break and we had the feisty North Belfast derby between the Strikers and Cliftonville.

Supporters were looking forward to seeing their captain, Julie Nelson, returning in red and black after her fabulous goal in Northern Ireland’s Euro’s opening game. Her fantastic header saw her break records by scoring Northern Ireland women’s first ever goal and also being the oldest player ever to score in the women’s Euros. Well done Julie and also Emily Wilson for making her Euros debut too.

Cliftonville also returned with many internationals – their captain Marissa Callaghan and the McGuinness sisters to name a few. It was a frantic affair and certainly whet the appetite of supporters who had missed their fix of women’s football.

The game started with a flourish. With the bright sunshine in the Crusaders Strikers’ half, Cliftonville’s Kirsty McGuinness cut in from the left wing and chipped the goalkeeper perfectly – the ball looped into the top right-hand corner.

⏰Full-time⏰
The Reds claim the bragging rights on derby day after goals from Kirsty McGuinness and Magee cancelled out McCann’s equaliser in a tight affair at Seaview. pic.twitter.com/LxmP717Lnl

The rest of the match was even and there were no more clear-cut chances. Emily Wilson was lively down the right wing for Crusaders Strikers and crossed well but there was little product.

Crusaders Strikers ended the half with strong pressure looking for an equaliser.

However, Cliftonville held on resolutely and denied them many chances. Crusaders’ Player of the Match Megan Ingram was getting closer and closer, while 16 Peachey took a long-range shot. Cliftonville finished with their own flurry but it stayed 0-1.

The second half started with intense Cliftonville pressure again.

However, Strikers got a breakthrough when Mairead McCann ran through on goal and scored the equaliser.

Within a few minutes, McCann was through again and was brought down for a penalty. Emily Wilson stepped up but the goalkeeper, Rachael Norney, saved it and the follow-up.

Both teams continued to push for the winner, but Cliftonville were putting more and more pressure on with corners and shots.

Eventually, a very determined defender, Abbie Magee, found that extra clinical edge for Cliftonville when she continued following her own ball to poke through the winner.

Crusaders Strikers pressed hard for another equaliser but they couldn’t get enough ball and will be disappointed to lose a tight North Belfast derby.

Cliftonville stay top of the Danske NIFL Premiership, while Crusaders travel to Linfield next Wednesday. 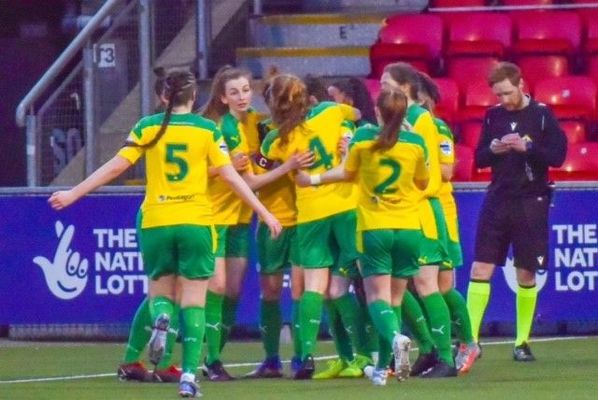