Soccer: Gowdy hoping to make up for previous disappointment 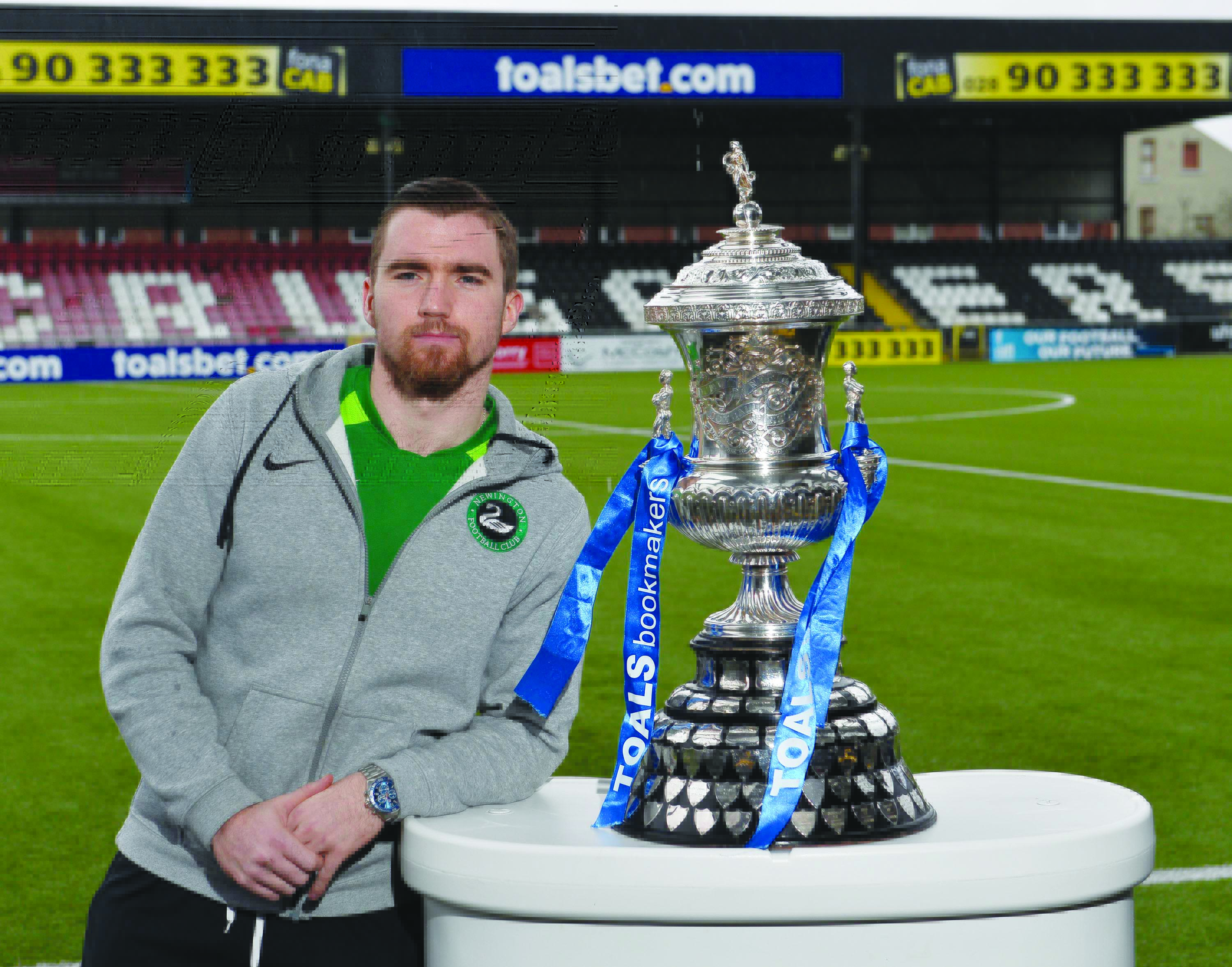 IT might be paraphrasing from a 90s rock classic, but Newington skipper Richard Gowdy doesn’t ever wanna to feel like he did that day.

The day in question was Christmas morning 2019 when he had to address a dressing room in despair following their 3-1 defeat to Linfield Swifts in the final of the Steel and Sons Cup.

Two years before, Gowdy was part of the history-making ’Ton side who claimed their first ever Steel and Sons Cup with a 1-0 win over the same opposition.

Now, the shoe was on the other foot. Gowdy told his despondent colleagues to go and try to enjoy the remainder of the Christmas holidays, but he failed to heed his own advice.

“I told them that they’d worked hard all year and to enjoy Christmas and not to let the defeat ruin their Christmases. My family will say I let it affect me,” said Gowdy.

“I know in 2019 when I was captain, I probably let the game get to me and I don’t think I done myself justice and we didn’t as a team. I think we are a better team than what we showed that day.

“We’ve showed a level-headedness this season and I’m confident the guys can take it in their stride even though it is a big occasion.

“It is pretty unique to be playing them (Linfield Swifts) in final for the third time in the last four finals – I’m not sure if that’s happened before in any cup competition.

“To get that silverware in 2017 was a massive boost for me as an individual and it was huge for the club. That’s something we’ll be looking to replicate in the final.

He added: “That’s what it is about – wining silverware. A lot of the guys playing at Newington, we are a very young squad, haven’t tasted silverware at senior level.

“I have once in 2017. It proves how hard it is to win, especially at the level we are at. There are no easy games at Intermediate level.”

3 days to go, folks the @CoAntrimFA have put together a match day programme which will be on sale for £2. Also don’t forget you can get your tickets here https://t.co/THVC8l7pnf

A brace from Jake Corbett and a stoppage-time goal from Charlie Allen was enough to secure Linfield the Steel and Sons Cup in 2019 with Robbie McVarnock scoring Newington’s only goal of the game.

The North Belfast men had a second half goal from Michael Gallagher controversially ruled out for offside, but Gowdy concedes David Dorrian’s side deserved their victory.

“I think they were deserved winners and I don’t we done ourselves justice on the day,” reflected Gowdy.

“Perhaps 3-1 was a bit of an unfair reflection as we had a disallowed goal and their last goal was with the last kick of the game from a breakaway when we’d everyone in the box.

“I still think they deserved to win the game so we can’t have too many complaints.”

Whatever the outcome of the final on Christmas morning, the losers will have a chance to atone for the loss as the sides are set to reoppose in the next round of the Intermediate Cup next month while Newington are also in action in the Irish Cup in January when they travel to Queen’s.

Last Friday’s 2-2 draw at Moyola also means that Paul Hamilton’s men are keeping tabs with the pacesetters in the Premier Intermediate League and Gowdy says is it exciting for the club to be competitive in so many competitions.

“We are competing on all fronts, which is good,” said the Newington captain.

“Normally, people associate us with being a cup team and it is good to be doing it in the league.

“There is a good feeling about the club at the minute and we are gaining consistency across all competitions which is something we’ve lacked in recent years.

“The year we won the Steel and Sons (2017) we nearly got relegated. It’s mind-blowing when you think about it.

“I think the changes that have been made over the last number of years by the management has resulted in the players really buying into it and it has all come to fruition this season.”