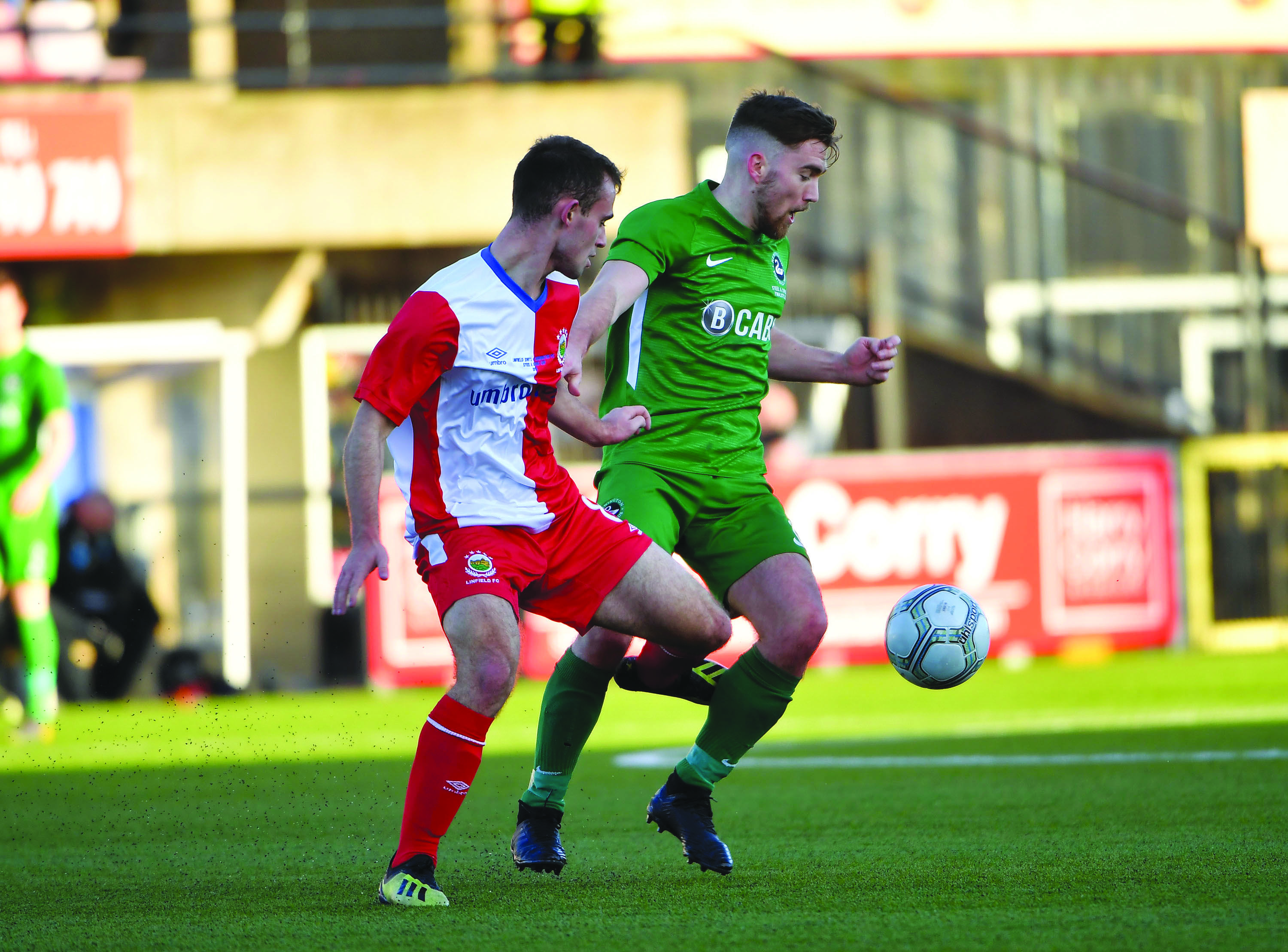 FAMILIAR foes Newington and Linfield Swifts clash for the third time in four seasons in the Steel and Sons Cup on Christmas morning at Seaview.

The trilogy game is set-up perfectly with the score at one each. Newington won the 2017 final 1-0 thanks to Padraig Scollay’s late goal.

However, Linfield gained the upper hand two years ago with a fine performance which yielded a 3-1 win for David Dorrian’s men.

Just to add another level of intrigue to Saturday’s showdown, the pair are due to face each other in the third round of the Intermediate Cup next month at Solitude.

Newington boss Paul Hamilton says he wasn’t fazed by the Intermediate Cup draw and is solely focused on the Christmas Day decider at Seaview.

“I’m not really bothered that we drew them in the Intermediate Cup – I don’t think like that,” said Hamilton.

“Whoever we get, we get. If you are trying to avoid teams, you’d need to make a list!

“I don’t care who we play in the next round of the Intermediate Cup.”

Nevertheless, Hamilton is delighted that his side are making excellent progress in several competitions this season.

Although they missed the chance to go level on points with Armagh City last week, they came from behind twice to draw 2-2 with Moyola last Friday night.

The result keeps them firmly in contention in the Premier Intermediate League going into the New Year and they’ll also take on Queen’s in the last 32 of the Irish Cup in January.

It might be something of an understatement when Hamilton remarks that his men are “doing okay” – Newington have been in impressive form all season and they’ll be hoping to covert that into silverware this weekend.

“We are fighting on all fronts. We put out our strongest team every time we play a match, whether it is the league or a cup game,” said Hamilton.

“It is a good place to be, having those cup runs and making a go at the league. We are doing okay.

“When we enter cup competitions, we enter to win.

“If that gives us the win on Christmas Day, so be it. If that happens, we’ll enjoy it then dust ourselves down for the next cup game or the next league game. I’m always looking ahead to the next game, the next challenge.”

Hamilton was part of Conor Crossan’s management team when the Swifts claimed a 3-1 win over the ’Ton on Christmas Day 2019.

A disallowed goal from Michael Gallagher in the second half remains a bone of contention with the North Belfast men.

While he didn’t agree with the decision on the day and still feels it was the wrong call, Hamilton stressed that the current Newington crop aren’t scared by past defeats.

“It (the disallowed goal) was a big turning point in the game,” stated Hamilton.

“We try not to dwell on things. We’ve moved on from it. We took the defeat on the chin. “We tried to get back into the game and threw caution to the wind. Being honest, I think 3-1 flattered them a bit.

“We’ve brought in a lot of youth from our development team and that’s where we are dipping into and we want to keep that conveyor belt going.

“We want to give them a chance to play at that level and a few of the boys have grabbed the chance with both hands. We also brought in players who we believe can help us in different positions.”

3 days to go, folks the @CoAntrimFA have put together a match day programme which will be on sale for £2. Also don’t forget you can get your tickets here https://t.co/THVC8l7pnf

As a development side, the Linfield Swifts squad is constantly developing and several of the players who featured in the 2019 final are now part of David Healy’s senior team at Windsor Park.

As one of the most successful teams in the history of the Steel and Sons Cup, Hamilton knows the Swifts will pose a formidable challenge.

“We’ve watched them once or twice and we’ve been keeping an eye on them,” added the Newington boss.

“We’ve been looking at their structure and how they like to play, but that can all change on the day. They can pull in different players to play in different positions and they’ve a big squad of quality players.

“We’ll not read too much into what we’ve seen, but we’ll take it all on board at the same time. They’ve probably been watching us too. Every team can set-up differently and have a different formation.”

A youthful Linfield Swifts team scored a comfortable 3-0 win over Lisburn Distillery in their semi-final while Newington came through an extra-time thriller against Bangor before prevailing 5-3.

With the likes of Conal Burns, Gary Warwick, Richard Gowdy and Patrick Downey in such good form, Newington may just have the edge to gain the upper hand in what promises to be a Christmas cracker.