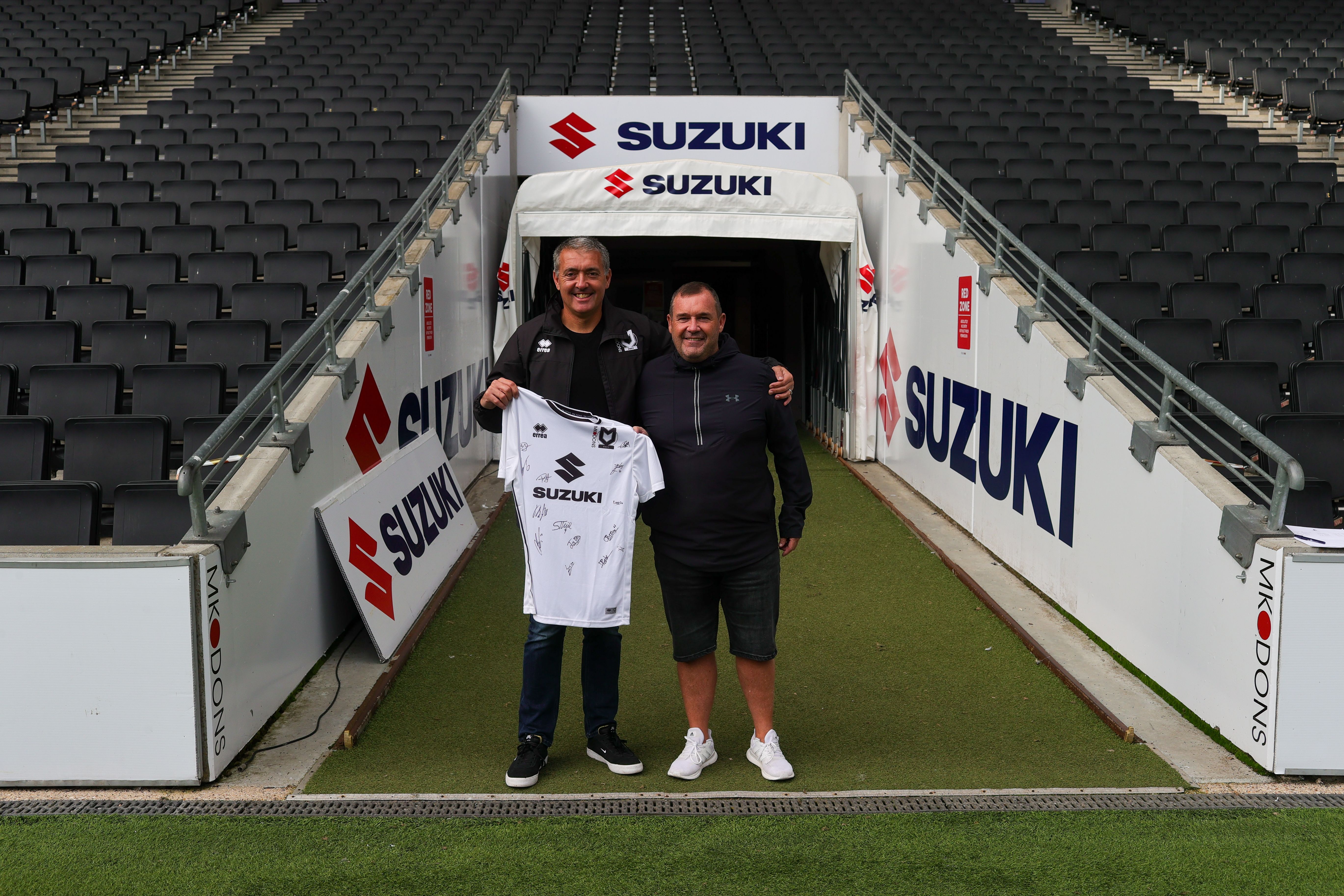 The partnership will give the opportunity for players within the South Belfast Youth Football League to attend MK Dons FC via the league's select side programme.

Not only will the players benefit from it but coaches and clubs also, with MK Dons FC staff providing coaching development workshops during their trips to Northern Ireland.

This partnership gives MK Dons FC the chance to network by travelling here with various squads within their academy for friendly games or tournaments.

"This has been a relationship building process that started a number of months ago with Dean Barker (MK Dons FC Head of Academy Recruitment) attending a number of our end of season cup finals from U11 nine-aside right up to U18. The feedback we received was a fantastic representation for all of our clubs.

"We then attended MK Dons FC over the October half term period with our U15 League Select Side, the welcoming and hospitality we received whilst there was more than we could have hoped for, our U15 side competed against a number of academies and certainly gave a great account of themselves.

"We hope that the clubs and players in our league can see the real benefits from this partnership and have a player in the future feature for MK Dons FC.”

"The recent visit during October, from Robert and the squad, was a fantastic experience and the players did themselves credit with strong performances against Academy sides from Coventry City, Tottenham Hotspur, Watford, Northampton Town and, of course, our very own U15s side.

"We look forwards to developing this partnership further with tournament experiences in Northern Ireland as well as providing pathway opportunities for the players within the South Belfast Youth Football League.”

The South Belfast Youth Football League has grown from strength to strength in recent years and now the biggest youth league on the entire island with over 700 teams both girls and boys aged from 9 to 19, hopefully all from within can benefit from this partnership with Milton Keynes Dons.