Southerners should think onion before voting 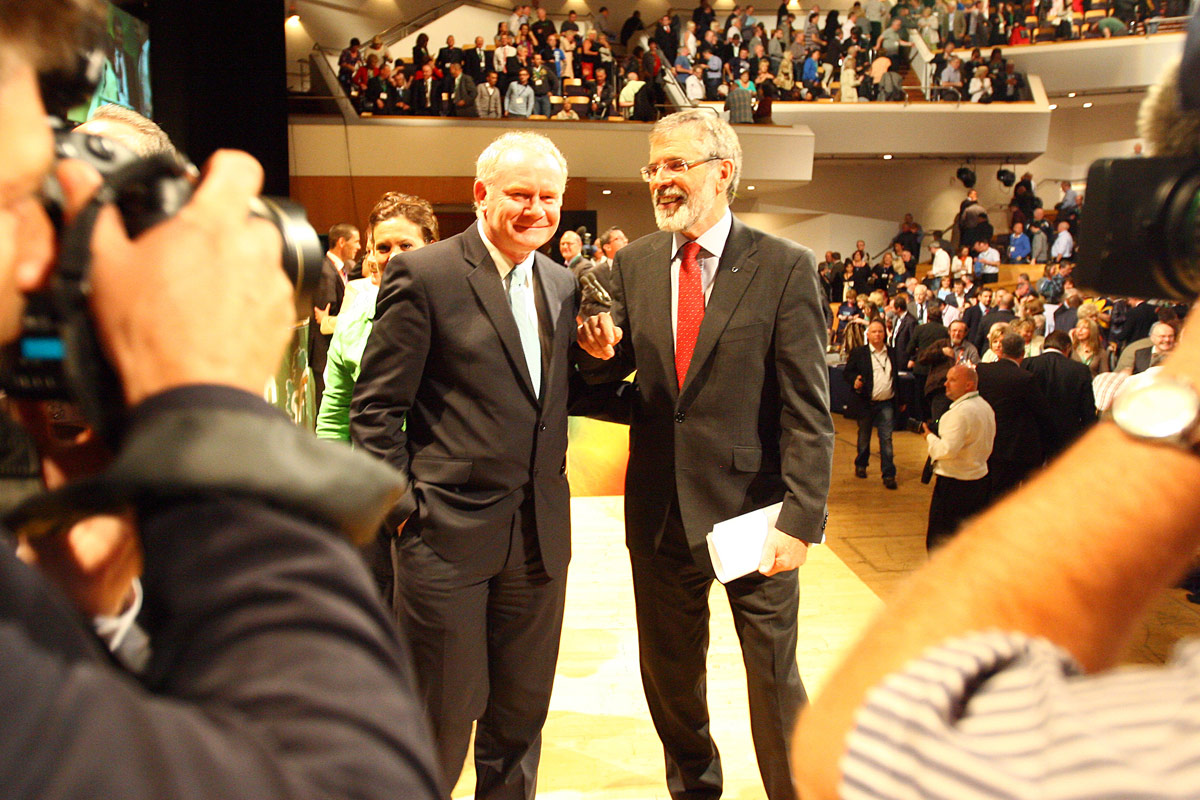 They’re kind of proud of their mother in a miniskirt but at the sight of me with a full head of over-long hair, sideburns and indiscreetly-flared trousers, they fall about. Staring at it, there’s a part of me wants to disown this daft-looking eejit, but there’s another part of me says, yes, that was me too, just as the earlier photographs of me as a pudgy-cheeked six-year-old answers to the same name. I can no more disown the child-me or the young-man-me than an onion can disown its inner layers.

Because we don’t abandon our early selves, we grow and develop around them. That’s why I’m hoping the people of the twenty-six counties will take a long, hard look at their family album and think onion before they go out to vote on October 27 next.

Why? Because maybe then they’ll see the con-trick some of the southern media are busy trying to pull concerning Martin McGuinness’s candidacy.  “Look at that!” they’re busy saying, burrowing into the early layers of McGuinness’s life as an IRA man. “You wouldn’t think of voting for that kind of person, would you?”

Well, there are two answers to that. The first is that war is war and conflict is conflict. Nobody ever suggested Tony Blair resign when he ordered the invasion of Iraq. Nobody ever denounced Churchill for  ordering bombing raids on Germany. Nobody ever denounced Lincoln for his part in the American Civil War.  Why? Because they know that’s what happens in conflicts. People kill or get killed. Seán Lemass entered the Dáil with a gun tucked in an inside pocket. Dev was an IRA leader who went on to lead a government and finally take up residence in Áras an Uachtaráin. Armed conflict is a terrible thing but there are those who see beyond it and work for an alternative. Only  the willfully blind would deny that Martin McGuinness is one such.

The second answer is that we all grow. We change, we develop. Some people change for the worse and the weakness of their youth becomes the crabbed nastiness of later years. Others change for the better, and the qualities that made them effective in conflict make them even more effective in peace. Only the willfully blind would deny that Martin McGuinness is one such.

But there’s a danger, and it is that the people of the south won’t have developed as much as those in the north. Before he entered the race, if you’d said, “Martin McGuinness” to someone in the north – unionist or nationalist – chances are they’d have pictured him alongside Ian Paisley or Peter Robinson, or denouncing the killers of PC Ronan Kerr as traitors. Thanks to the media diet they’re fed, there’s a danger that some people in the south might respond to the name “Martin McGuinness” with grainy images of a 21-year-old being bundled into a police car.

The end of next month will test the maturity of the southern electorate like never before. They’ll have to decide if this 61-year-old man from Derry seeking the highest office in the land has the necessary talents and authority. Some of them will stop reading his CV one quarter of the way through; most, we can only hope, will read it all and realise they’re faced with a candidate who has spent the last 20 years working tirelessly – and successfully – for peace and reconciliation on this island.

What’s that? What about the other candidates? You mean there are voters  in the south who think Gay Mitchell, Michael D Higgins, Mary Davis, Seán Gallagher or (God forbid) David Norris comes within an ass’s roar of  McGuinness in authority and achievement? If there are, let us all now kneel and say a decade of the rosary that, on October 27, or any other day,  they’re not let cross the road by themselves.