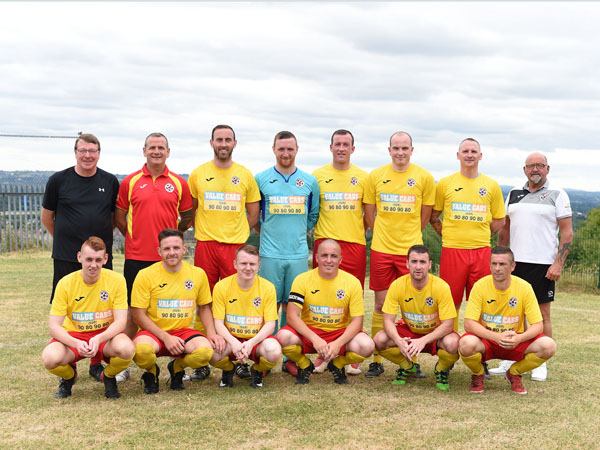 THE chairman of Sport and Leisure Swifts remains confident that the club will be known as Belfast Celtic ahead of the new season.

In a statement posted on the club’s Twitter page, Sport and Leisure Swifts detailed their intention to change their name to Belfast Celtic.

"The desire to improve the club, to improve footballing prospects for young people in West Belfast and to promote a high level of sporting excellence in the city is paramount to this decision,” a club statement read.
"We believe it our duty to represent the footballing community, football fans and current and prospective footballers at the highest level of football available and offered by the IFA."
But Gillen moved to clarify reports that the Belfast Celtic Society approached the club regarding the name change, stating: “We approached the Society, not the other way around. We spoke to a few of their members and we received a great response and that’s why we pushed it forward.
“They are a charity and they cannot be involved with a football team. They are able to give us advice, but they aren’t able to get involved because if their chartable status.
“We just couldn’t pass up the opportunity to move the club forward and move football in West Belfast forward.
“Some of the support we’ve had from local clubs has been unbelievable.
“We are awaiting the league rubber-stamping the change. When that happens and from that date, we’ll be known as Belfast Celtic.”
Following the announcement last Thursday afternoon, the Belfast Celtic Society posted a statement on their Facebook page, which read: “The Belfast Celtic Society notes the decision by Sport and Leisure FC to re-brand as Belfast Celtic. Naturally we are in favour of moves that keep the memory of the Grand Old Team in the public discourse.
“However, as a not-for-profit heritage organisation fully registered with the charity commission we must make it clear we have no involvement in this venture.”