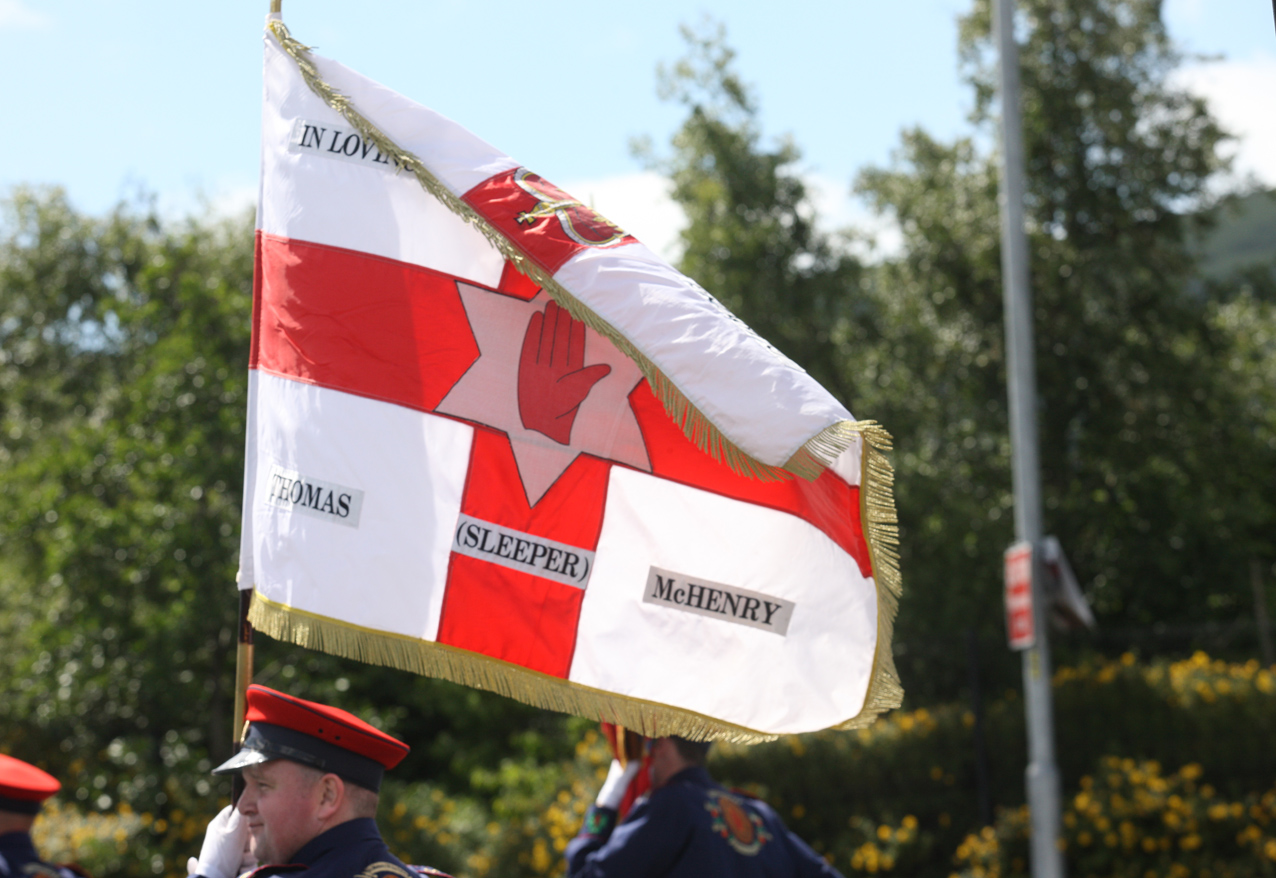 ON THE MARCH: Above, loyalists coming out of the former Mackie’s site

THE Springfield Residents’  Action Group have met with the Parades Commission to discuss the controversial Twelfth Parade on the Springfield Road.

Last year the Parades Commission allowed the Orange Order parade through the Workman Avenue gates just two weeks after it banned a similar march from the same route, sparking a Twelfth of July protest at the notorious flashpoint. Last year nationalist residents chanted ‘walk of shame’ as the bandsmen made their way through the gates and emerged on to the Springfield with a raucous rendition of The Sash.

Springfield residents complained to the Parades Commission in 2015 after bandsmen breached Parades Commission rulings, including a ban on paramilitary regalia. Insignia dedicated to UDA leaders John Gregg and Rab Carson adorned the drums and uniforms of the Cloughfern Young Defenders from Newtownabbey during the parade. The pair were high ranking members of a ruthless Rathcoole based unit of the UDA responsible for countless sectarian murders. Gregg was responsible for a failed attempt on the life of Sinn Féin President Gerry Adams.

The 2015 defiance of the Parades Commission ruling has seen the Orange Order’s June parade – like last Saturday’s – prohibited from  venturing on to the Springfield Road via Workman Avenue, instead confining itself to the former Mackie’s plant.

Seán Murray of the Springfield Residents’ Action Group said: “We met with the Parades Commission and presented them with a written submission. We expect a decision to be made early next week.

“We welcome last Saturday’s determination and we also want to thank residents for responding to our requests by not protesting.”

Last Saturday’s contentious No. 9 District Loyal Orange Lodge Parade passed off peacefully after it was restricted from walking on the Springfield Road for the second year in a row.