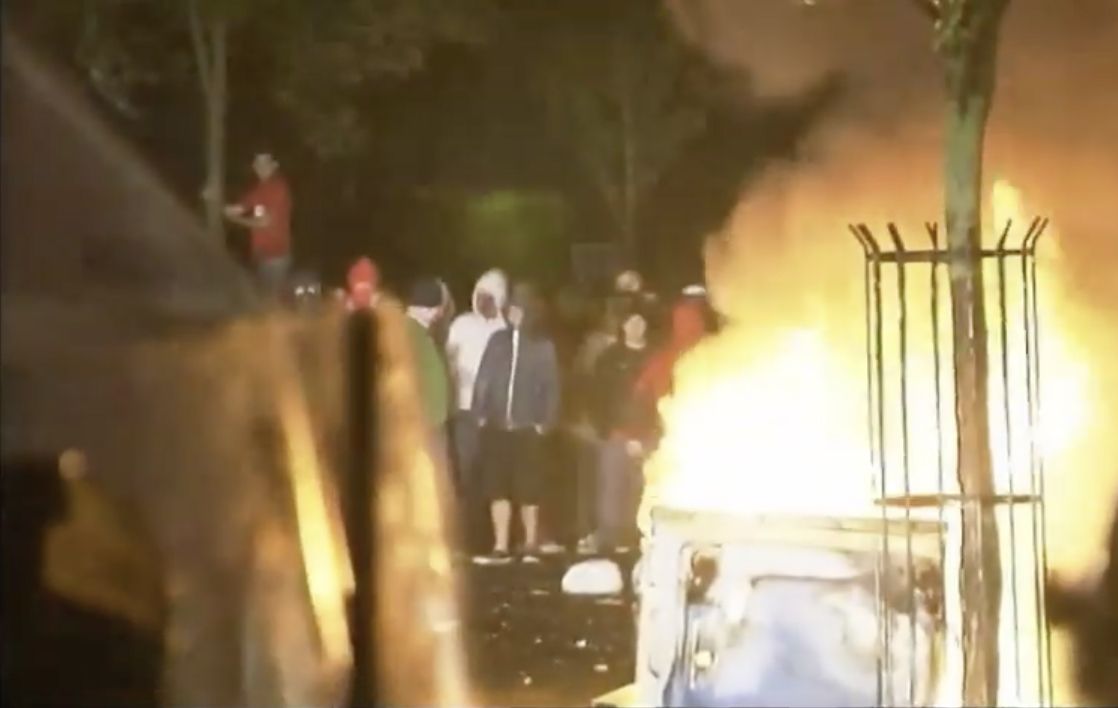 UNIONIST fury. It’s real. Again. But what is it that has brought such huge numbers of loyalists out on the streets in recent nights? (23 people blocked the road in Carrick on Sunday.) We’ve been speaking to a DUP spokesman in an attempt to take the temperature of loyal Ulster.

- Why are loyalists out on the street rioting?
- It’s a complex mixture of grievances.
- Well, give me the main one.
- I’m thinking… so many to choose from. Hmmm.
- Just one.
- Right, right.
- Let me make it easier for you. Is it more about the Irish Sea border or the Bobby Storey funeral?
- I’d say the Bobby Storey funeral.
- Tell me more.
- The police colluded with Sinn Féin/IRA to allow a breach of the Covid rules they drew up.
- And you’re upset about that because…?
- Because the DUP has always taken its pandemic responsibilities very seriously and it’s infuriating when others don’t.
- Can I give you two words?
- Go on.
- Sammy Wilson.
- Cheap shot.
- Sorry. The 13-year-old who was scooped in Sandy Row – do you think he was upset about the PSNI Gold Commander liaising with senior republicans?
- I’ve been speaking to his mother and I can tell you that yes, he was incredibly upset at the direction of the criminal justice system in the Province. I haven’t seen him that annoyed since he got a feg burn in his North Face jacket.
- Tell me about two-tier policing.
- Two what policing?
- Tier.
- Oh, yes. We believe the police have been giving preferential treatment to republicans and the Storey funeral was a glaring example of that.
- The police haven’t intervened in any funerals – loyal orders or loyalist paramilitaries.
- And your point is?
- They’ve treated all funerals the same.
- Here we go – two-tier broadcasting as well now. They went to the doors of George from the Shankill and Big Jim Wilson the night after they were out on the middle of the road innocently hugging each other in a responsible socially-distanced way celebrating the Rangers title win.
- But there was a large police investigation into the Bobby Storey funeral.
- Yeah, and nobody was interviewed for months.
- So you’re angry because it took the police longer to investigate 24 people than it did for them to rap on two doors?
- Kind of.
- Do you think the Sandy Row UDA under-15s were also rioting about the Irish Sea border?
- They most certainly were.
- What don’t they like about it?
- They believe, as do we, that it cuts us off from the rest of the UK and leaves us a satellite state of the EU.
- So they were burning wheelie bins outside Lavery’s to send a message to whom?
- To Leo Martin and Micheál Varadkar and that Brussels bloke with the grey hair my granny fancies.
- Not to Boris Johnson?
- What’s it got to do with him?
- He told you it wasn’t going to happen and then he made it happen.
- It was the threats of violence over a land border from Sinn Féin, the SDLP and the Alliance Party that forced his hand.
- Threats of violence?
- Oh, yes.
- Let’s talk about threats of violence.
- Where are you going with this?
- Why did you meet the UVF and the UDA to talk about the Irish Sea border?
- We were simply engaging with community stakeholders via the Loyalist Community Council.
- Community stakeholders who are up to their necks in drug-dealing and murder.
- The LCC is not just the UDA and the UVF, you know.
- It’s not?
- No, Red Hand Commando are in there too.
- Wasn’t meeting those guys simply a veiled threat of what might happen if the Irish Sea border stays?
- Look, we made it very clear to the loyalist commanders that violence can never be the way forward.
- And what did they say?
- It was pretty hard to tell, actually. I think they were all still off their faces.
- Why’s that?
- They were at a big funeral the day before.

LET’S talk about numbers, shall we? The past week has seen an intense media focus on loyalist unrest in Sandy Row, Carrick and Newtownabbey. Throw in the illegal Portadown band parade and at times watching the news might make you think you’re in the middle of the German assault on Leningrad.

Petrol bombs make good pictures, there’s no doubt about it, and when a rioter’s head is set on fire by a petrol bomb that’s always going to set social media alight, if you’ll forgive the painful pun.

But, to use a favourite phrase of Bryson of the Bailey, let’s dig down into all of this for a moment or two...

Sandy Row.
A pubescent kid with a backpack trying to push back a Land Rover with a Euro bin. Perhaps 15 of Sports Direct’s most valued customers setting fire to stuff.

Newtownabbey.
Older demographic, this time, but still not old enough to know not to get into the firing line of a petrol bomb. An elaborate piece of dark theatre at a roundabout involving the hijacking and burning of a car. Active participants: approx. 20. Laughing observers: approx. 50.

Portadown.
Single band playing unidentified tune is led through a terraced street in the town by masked men. Some people come to their doors, have a look, go back to The Antiques Roadshow.

I have never seen such raw, visceral anger in Ulster. From the huddled city terraces to the village squares and farmyard kitchens, the call of Jamie and Moore is being heard. We can claim this country back.
(Fillin up here, tbh.) pic.twitter.com/ZOvTMc4RUb

So there you have it. In the mid-80s a quarter of a million unionists/loyalists filled the city centre to hear Ian Paisley utter the infamous words “Never, never, never, never” in front of City Hall (right). In 2001 in the midst of the biggest crisis of unionism since the last one, there aren’t enough people on the street to fill an Ulsterbus. But that’s not what we’re seeing and hearing. We’re being told that Ulster is on the edge (again). That the people have had enough (again). That the Great Betrayal cannot stand (again). That a latter-day Carson’s Army has risen up to send a message to Dublin, Brussels and Washington.

It’s generally agreed that the rioting has been orchestrated by loyalist paramilitaries, but if that’s the case their minds are more befuddled by their own coke than we had previously imagined.

A report issued just last December informed us that the UDA and the UVF between them have an estimated 12,500 members. Which begs the question, where the hell are they? Running narco-gangs and chasing up drug debts admittedly takes up a lot of time and resources, but you’d think the brigadiers and commanders could have spared at least a few hundred to get out and do some proper mischief. Instead, we’ve seen a series of sporadic incidents, none of which would have woken up a single person in Lenadoon in the 80s.

So what does it all mean? Have the power and reach of the loyalist paramilitaries been seriously overestimated? Quite possibly, because no news outlet has ever closed down for being too hysterical. Or could it be that the hiss we’re hearing from the streets of loyal Ulster is not the sound of boiling anger, but air going out of a balloon?

More likely it’s a bit of both: loyalist paramilitaries are useless at switching from the crime they’re familiar with to one they’re not – and they’ve wised up to the Billy Boy crying wolf. 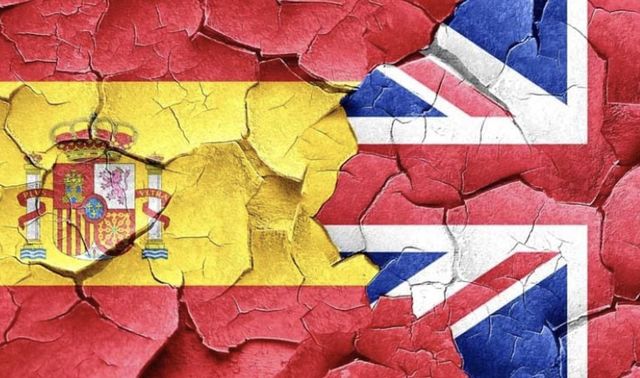 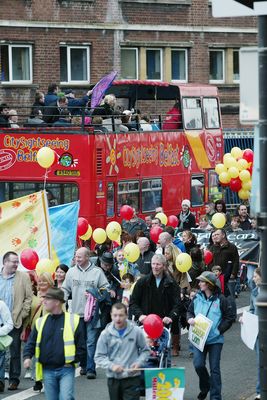 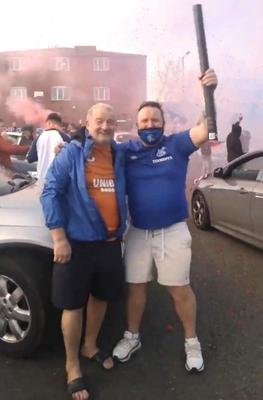