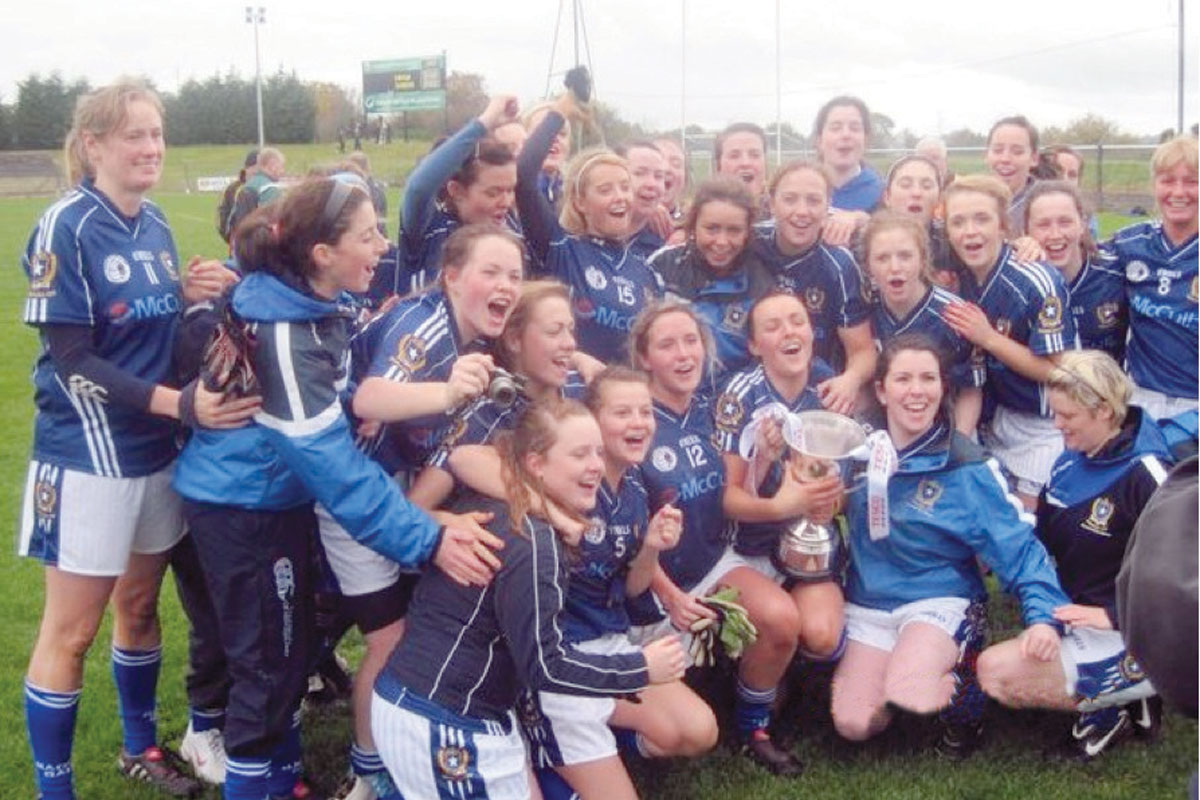 Friday September 2 saw history being made in Antrim, when St Paul’s and St Gall’s contested the first ever Senior ladies Championship final. Having won two intermediate finals against St Galls, St Paul’s were favourites going into this senior final, played at the Sarsfields club in Belfast.

St Galls, having won the Ulster Intermediate title last year, were always going to be a serious opposition.

St Paul’s started the brighter of the two teams with the excellent Mairead Cooper dictating most of their play.

A dream start saw them lead 1-4 to no score inside seven minutes courtesy of Aine Tubridy, Kirsty McGuinness, and Cooper.

St Gall’s came close to goal on several occasions with Hannah Cosgrave and Maorisa McGourty both hitting the woodwork.  As the half progressed, the St Paul’s duo of Cooper and McGuiness picked out some excellent individual scores.

Two goals from the Shaws Road girls meant that St Gall’s really had a lot to do if they wanted to stay in touch.

Minutes before the half time whistle St Gall’s began to find their rhythm.

Eimear Gallagher found herself on the end of a ball, which she calmly slotted beneath the St Paul’s netminder. Another point from Gallagher meant the half time score was St Pauls 2-7, St Galls 1-4.

In front of a very decent crowd the second half began, and from the outset it was clear that St Gall’s were finding their groove.

Another goal from Eimear Gallagher closed the gap further, and as the half continued St Gall’s began to dominate.

St Paul’s had little response, and whenever they attacked, the St Gall’s defence stood up.

With a few minutes on the clock St Paul’s threw everything at the St Gall’s defence.   Led by Aveen Maginn they would simply not bow down.

Jenny McCavana, Stephanie Cochrane and Emma Doherty provided a firm foundation in the half back line for St Galls, and Naula MacAreavey and Sarah Haughey provided excellent timing and support from the corners.

With the last kick of the game St Paul’s scored a goal, but it was left to the ladies from the Falls Road to win the first ever senior final in Antrim.

This rise through the ranks for this St Gall’s team has been born out of extreme commitment.

Since their Ulster Junior Final appearance in 2007 they have progressed through the ranks of ladies football, picking up an Ulster title last year and narrowly missing out on an All-Ireland appearance.

This historic victory marks a new chapter in the progress of this team who now go into the Senior Ulster Championship against the Monaghan champions.