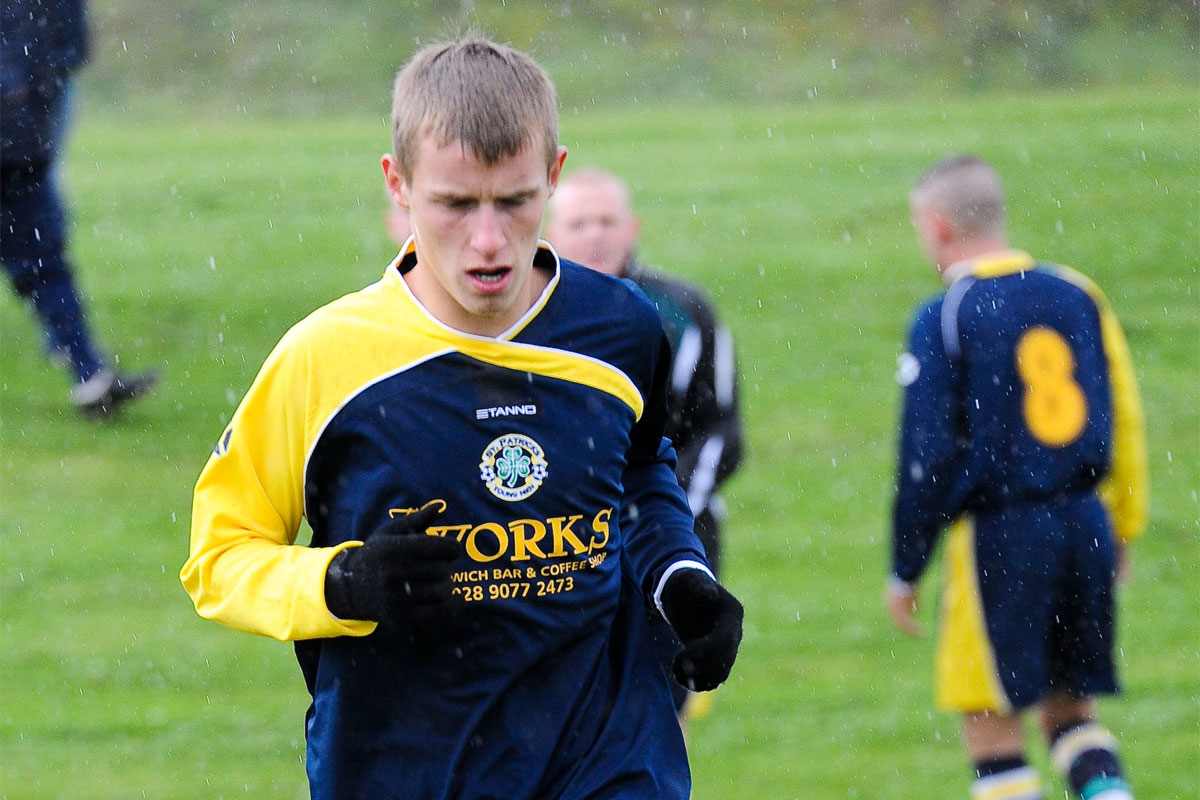 St Patrick’s YM began their new campaign in Division 2A just where they left off last season with a victory, having been promoted as 2B champions last year. Despite a summer upheavel when eight first team players left the club, St Pat's are hoping to continue on from last year under new manager Paddy Conway.

In this opening game St  Pat's came up against a resolute and physical Suffolk team who were prepared to use any tactic to thwart their opponents.

With St Pat's defence also in good form the teams cancelled each other out and the game reached half time scoreless.

The second half saw St Pat's look the more likely to score and they got the breakthrough they deserved after seventy five minutes when Suffolk committed one foul too many.

This time their defender pushed Aiden Mulvenna over inside the penalty area and Joe Thompson (above) scored from the resulting spot kick.

This was a real team effort by St Pat's with everybody doing their bit.

However, it was probably their best player on the day, Seamus McDonnell, who clinched victory with a second goal six minutes before the end of the game.

He latched on to a through ball from Mulvenna and blasted a superb shot into the top corner of the net to register a goal  that would be worthy to win any match.

This weekend St Pat's meet Grange Rangers at Olympia whilst the second team begin their season away to Bangor YM II.