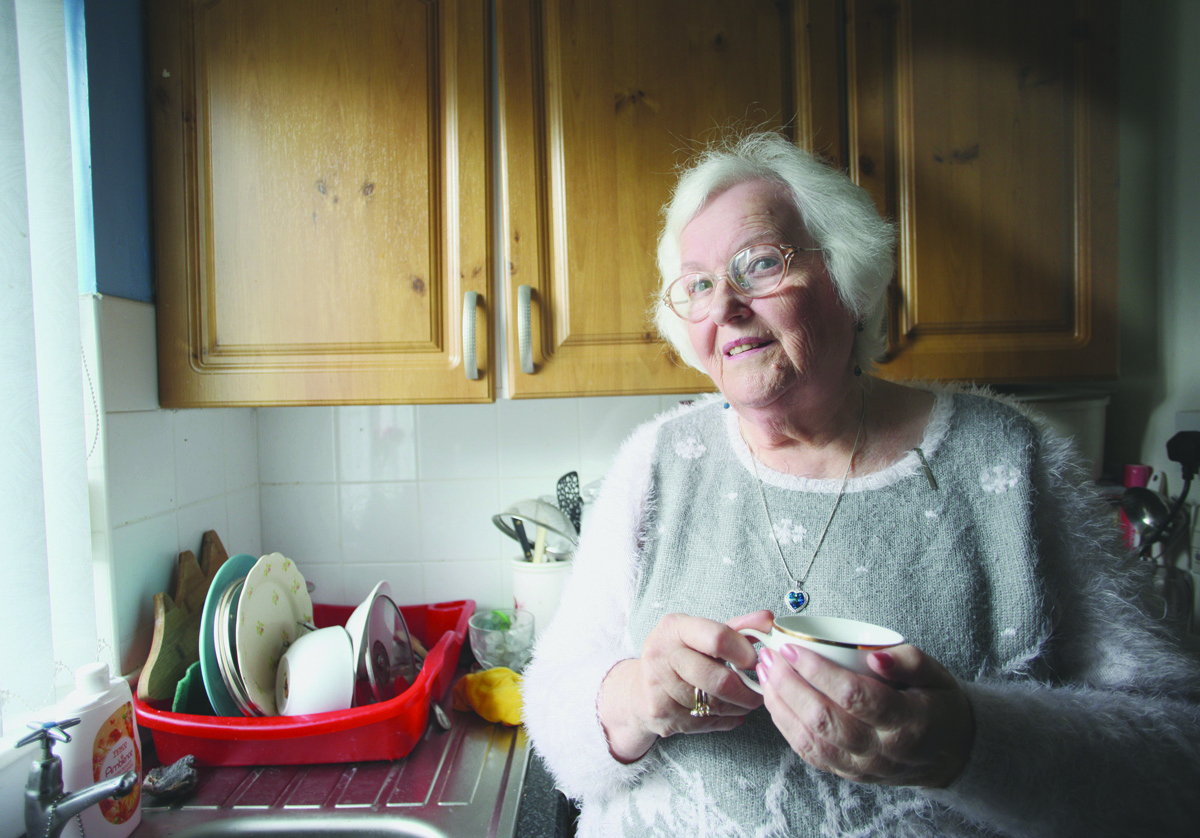 MAKING HER OWN ASSESSMENT: Dr Rosaleen Rogers has hit out at the PIP system

A NEWTOWNABBEY woman who was physically and mentally abused after wrongly being detained in a psychiatric institution in Tipperary has warned against the cruelty of the new PIP system.
Dr Rosaleen Rogers, 74, was sent to Clonmel Mental Hospital as a teenager for reasons she cannot understand. While detained in the state-run institution she was subjected to years of horrifying abuse including medical experiments and flogging.
Speaking to the North Belfast News, Dr Rogers condemned the new Personal Independence Payment (PIP) assessments, which she says prevents “vulnerable” sick people from accessing vital benefits.
“They are treating people as sub-human,” she said.
“It’s all to do with taking from those who have the least. It’s a horrendous situation and there are so many irregularities.”
PIP assessments are currently carries out by private company Capita on behalf of Department for Communities
Dr Rogers said that those responsible for the assessments are “not qualified”.
“A lay person shouldn’t be able to make decisions for somebody who is in such genuine need and whose medical conditions are so severe.
“We need some strong guidelines for these assessments. Sending out these assessors who are not qualified is ridiculous. We shouldn’t accept this in our community and it’s not good enough.
“We don’t know how these things can go when you start off on the wrong route.
“You can appeal the decision, but that’s not really in your hands. When you’re the applicant you may have to wait for review after review after review – it could take six months, it could take a year, but you don’t know and nobody is going to tell you.
“We have no government here, but even if we did, we still have this tribunal process, which to me is the most corrupt form of law there is.”
She added: “Anything that starts off with blocking off benefits to people who are obviously vulnerable is dangerous.”