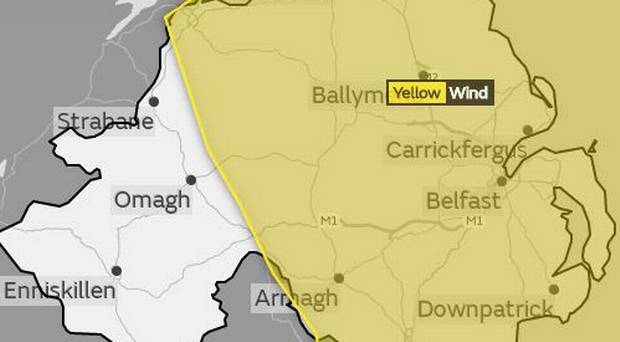 A yellow weather warning is in place

THE tail end of Storm Diana is set to sweep across the north today (Wednesday) with strong winds of up to 70mph in some places.

A yellow warning has been put in place by the Met Office from 9am to midnight.

The warning adds that some delays to public transport are likely and some journey times could take longer. Delays for high-sided vehicles on exposed routes and bridges are likely.

Wednesday's gusts are expected to come alongside heavy rain, aggravating the unsettled conditions.

"The strong winds will also bring some rough seas and large waves, with some coastal impacts possible. Winds will moderate across the south of the warning area by evening and then across remaining parts overnight."