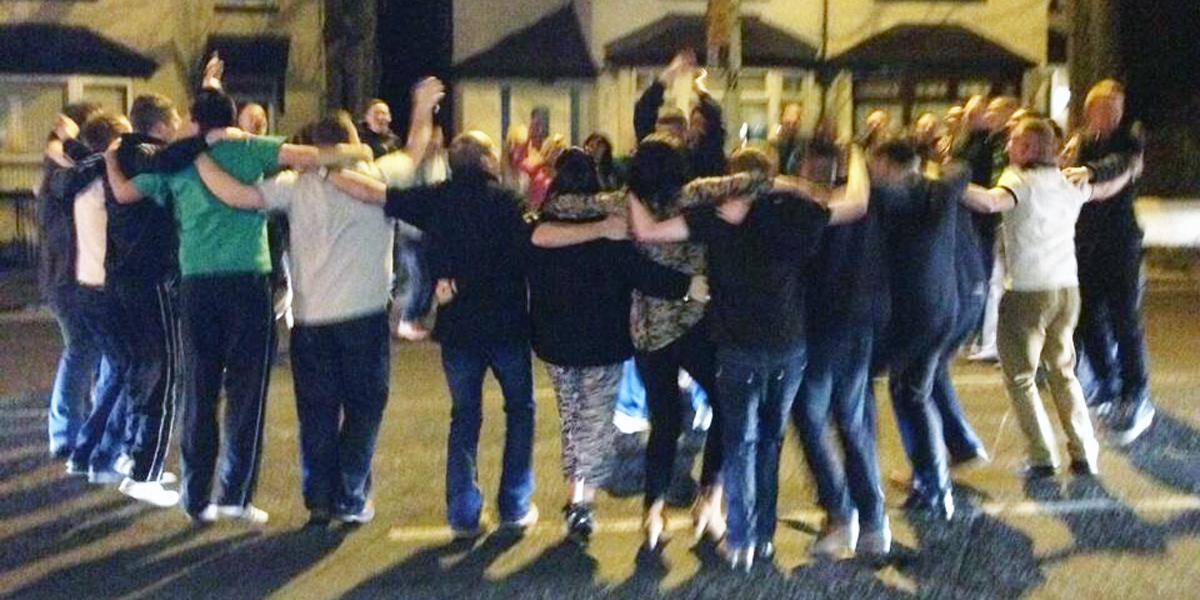 Unsurprisingly, the passing of Margaret Thatcher does not appear to have caused a mass outbreak of grief on the streets of West Belfast.  On the contrary, the streets have been filled with revellers rejoicing at the passing of one of the most hated politicians in both Irish and British history.

Her actions during the most recent phase of the struggle, particularly the 1981 hunger strike which led to 10 deaths, have not been forgotten and time has done little to diminish her bitter legacy in West Belfast.

We took to the streets this week to ask locals their thoughts on the passing of Maggie Thatcher and the verdict was unanimous.

“I think she lasted too long,” said Stewartstown’s Joan Conlon.  “She will not be missed.  She had no feelings for anybody, not even her own children, she wasn’t a woman at all.”

“People say she was a good leader, I would like to know how what she did was in any way good. She will not be missed by republicans and nationalists at all.”

Paul Gilmore from Andersonstown was more cutting in his assessment.

“Hell was nearly full,” he said, “but it certainly is now.”

Rosaleen O’Kane said that while she was somewhat indifferent to Thatcher’s death, she will not forget her legacy.

“My experience of Maggie Thatcher was through the Troubles when I was trying to rear a family,” she said.  “She did far more to incite trouble here than she did to curtail it and those were the circumstances I was forced to raise my four children in.  People say she was empowering as she was a woman that got the top job. She may have had the ability but she certainly didn’t use it properly, she was more masculine in her approach and therefore didn’t deserve the praise she gets about female power, it’s laughable.”

Anna Byrne from North Belfast said Thatcher had an enviably peaceful demise, considering the deaths of some of those who died at her hands.

“I certainly won’t be mourning her,” she said.  “She had a good innings and died in comfort in a warm bed in the Ritz, the same can’t be said for the hunger strikers, the sailors on the Belgrano or the Hillsborough victims.

“However, I think holding street parties merely brings us down to her level. She showed no compassion for the nationalist people of Ireland, it makes us the better people to remain dignified,” added Anna.