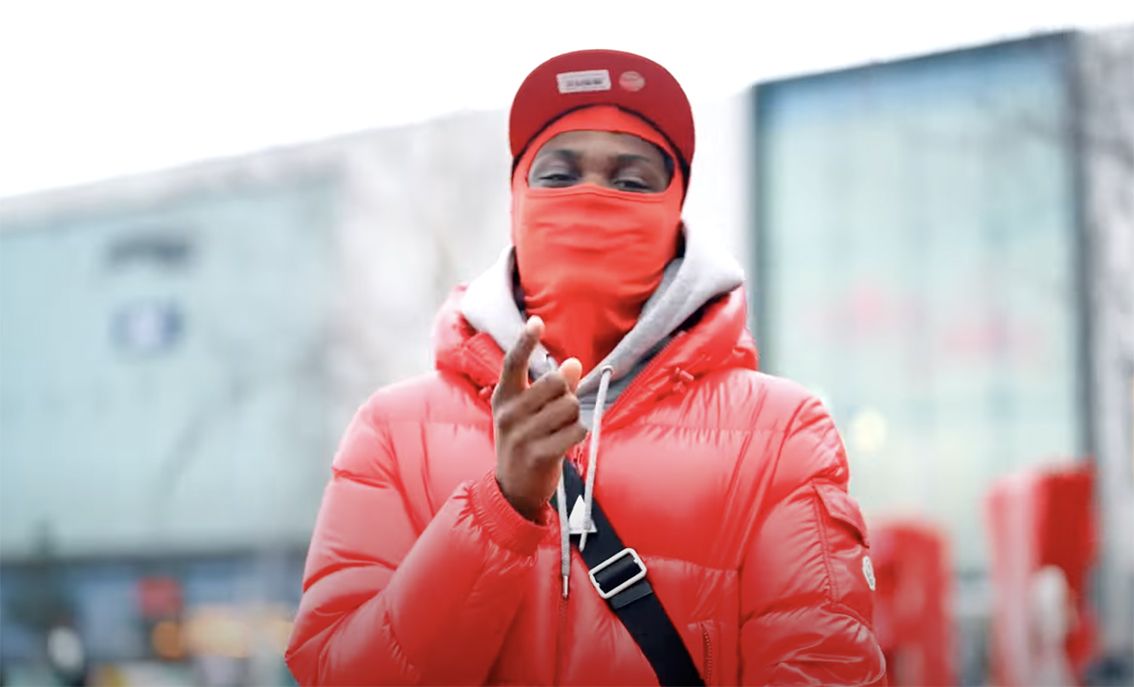 Drogheda MC Offica, one of Ireland’s leading rappers – his new single, ‘Sharingan’, is full of fire and bite

IT’S been a strong week of release news for Irish artists this week, with mainstream and cult favourites dropping new tracks for a re-opening world.

Previously lauded in this very column for his production credits, bandleader Chris Ryan’s main project is amongst Ireland's most prolific jazz outlets. Robocobra Quartet, whose blend of jazz and punk is as arresting as it sounds, released their first new music in three years. This came alongside the announcement of their third album, which is to be released on First Take Records later this year. Their two new tracks, ‘Heaven’ and ‘Night’, are inspired, stream-of-consciousness punk tracks wherein all the distortion is replaced with alternative time signatures and brass. It's a welcome return for one of Belfast's signature outfits.

Also on the move is country-pop songwriter CMAT. With her album set to be released tomorrow, the singer dropped a surprise single last week titled ‘Every Bottle Is My Boyfriend’. With a rockier swing on the hook and lyrics that embodies an alcohol-fuelled next-day fear, CMAT displays the variety we can expect on her debut LP ‘If My Wife New I’d Be Dead’. Speaking on the track, the songwriter said: “This is a song about being defiantly chaotic, because being that, an agent of chaos, is something quite defiant for a girl to do. It almost didn’t make the album. But then I managed to shoehorn in a line about the GAA and I felt happy it was representative of my drinking habits.”

And on the moodier end of the spectrum, we have Dundalk shoe gazers Just Mustard announcing their upcoming second record this week. Produced by the aforementioned Chris Ryan in Attica Studios, the record will drop on Partisan Records, with whom the band signed last year. The home of the likes of Fontaines D.C., IDLES and more we can only expect the best for the quintet. A new track and first single from the LP ‘Still’ suggests that the band have lost none of their bite over lockdown, with acoustics and percussion submerged in hazy murk.

In sadder news, this week the music community said goodbye to a long-standing and beloved member. Buncrana musician, producer, songwriter and technician Aengus Friel sadly passed on this week with tributes flying in from around the country. A mainstay in alternative circles and venues around the Donegal, Derry and North Coast area, Friel’s passing was marked by tributes from the likes of Séamas O’Reilly, Belfast and Junk Drawer. Friel was laid to rest on Saturday and we are a smaller world without him.


In live music announcements, we’ve had several shows crop up in recent days. Dublin’s Artists Against Homelessness is poised to make its live return after a number of years of hiatus during the lockdown. Previously curated by Fontaines D.C., this year it’s rapper Kojaque who takes up the reins. Joining him on stage is a medley of artists such as Nealo, Damien Dempsey, Negro Impacto and more. Previous attempts raised €60k for FOCUS Ireland, and tickets go on sale this weekend priced at €30. Next month, we can also expect many folk, country and bluegrass musicians to descend on the Irish countryside to participate in this year’s Ards International Guitar Festival. Spanning the 7th to the 10th of April, the festival will be featuring some of the best guitar players from across Ireland and the UK, film screenings, artist clinics and a photography exhibition from Dig With It Magazine founder Stuart Bailie.

And now the best independent releases of the past week. Bobbi Arlo’s sticky-sweet take on alternative pop is magnetic, a trend continued in the new song ‘Parasite’. Written alongside UK songwriter Mikey Gormley, it has all the hallmarks of a contemporary dance floor filler.

And to round out the trip, we have Drogheda MC Offica with his new track ‘Sharingan’. One of the country’s best rappers, his newest track is full of fire and bite and will come from his debut mixtape which is due out later in the year.