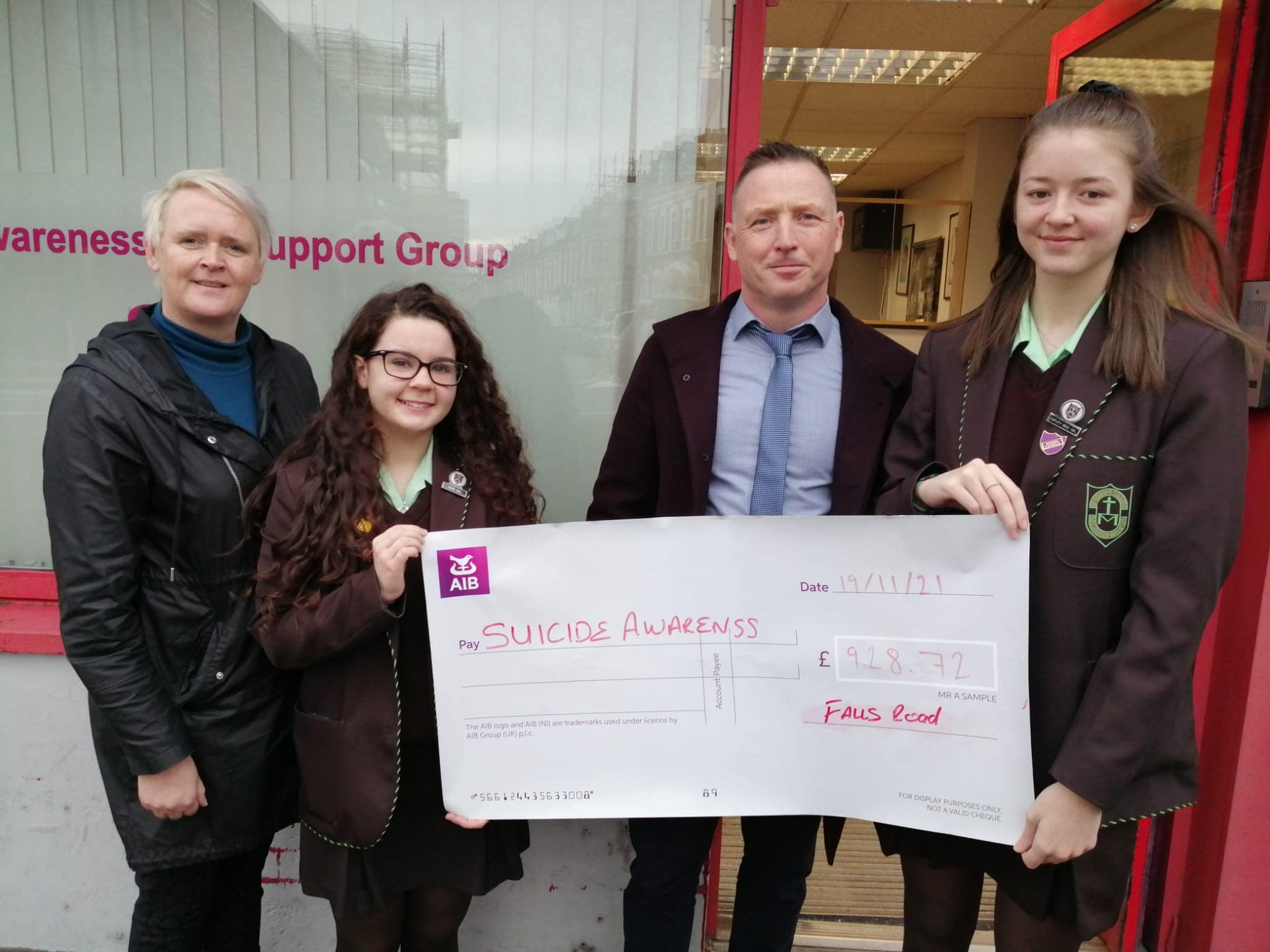 YEAR 14 pupils at St Louise's Comprehensive College have raised over £900 in aid of Suicide Awareness.

Students and staff held a fancy dress coffee morning for the charity last month, raising a total of £928.37.

The school held a cheque presentation at the charity's Falls Road office on Friday.

Commenting on the initiative, St Louise's Assistant Principal, Eddie McKee, said: "When we came back after lockdown one of the things I was concerned about was that all of our charity work had gone to the wayside because people were  so concerned about  getting back into school.

"I had spoken the Year 14 pupils about just thinking about what we could do for charity again. We decided we were going to do a bit of fundraising. As it turned out one of our Year 14's mother sadly passed away through suicide, so it was an obvious selection. The girls in Year 14 very quickly said they wanted to raise awareness around suicide and to provide some support to the organisation that provide that support. So that became our target."

It was a really fun day and a really nice way of doing something towards the end of term, but also to do something that was so important," he said.

"Mental health was a massive issue prior to Covid, but I think it's a much bigger issue post-Covid. This was just our attempt to raise awareness and raise some money for an organisation that is doing some great work in that field."

He added: "I'm proud of the girls, and proud of the teachers as well because some of them made a massive effort to get dressed up."