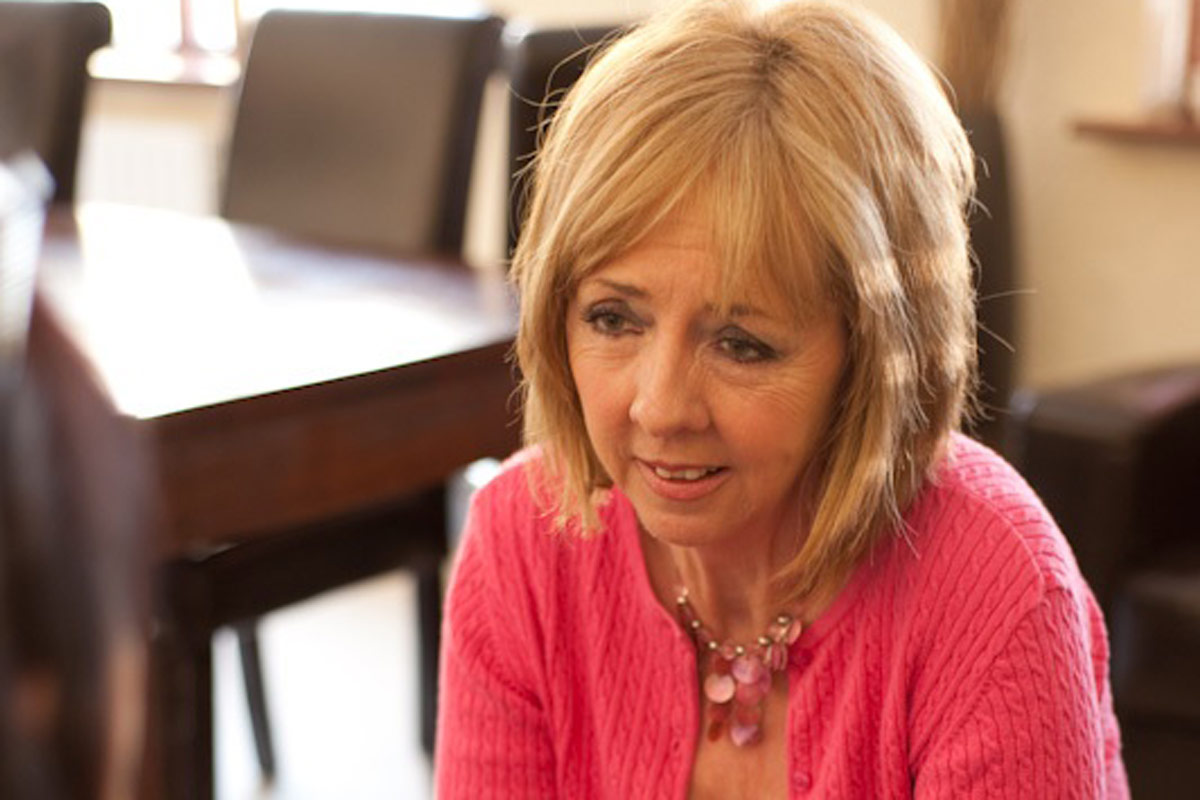 Five years ago Dublin woman Joan Freeman took out a loan of €130,000 with a dream of setting up her own centre to help people who are feeling suicidal.

After founding the first Pieta House, The Centre for the Prevention of Self-Harm and Suicide in Dublin, the charity now boasts five centres in Dublin and Limerick, where over 60 staff members have successfully treated 4,000 people.

The practising psychologist will be in Belfast later this month to give a talk on her life’s work. Before her trip to the north she spoke to the Belfast Media Group about how she went from having her own counselling business to saving thousands of lives through Pieta House.

Born and raised in Dublin, Joan left school after her Leaving Certificate and married her husband when she was 24.

“I had four children in the space of five years and because I was at home all the time I decided to then start studying,” she said. “I studied for a psychology degree, then completed a masters and then trained as a counsellor. I opened my own private practice and I had that for many years.”

It was only after a personal tragedy eight years ago that she decided to shut down her business and dedicate her time finding out how she could help people who were suicidal, what would be beneficial to them and help them get through their dark time.

“For personal reasons suicide affected me and my family,” she explained.

“I closed my own practice and spent the next three years researching suicide and the best and most effective way of treating it, I wanted to find out what sort of place would work.

“In January 2006 I opened Pieta House in Lucan, I borrowed €130,000 to get started and had six members of staff including myself. Six years later we have treated over 4,000 people and have a staff of more than 60.”

Joan explained how the service works.

“Anyone can pick up a phone and make a referral, you don’t need to be referred by a GP although 40 per cent of our referrals come from the HSE (Health Service Executive). We then provide one to one intensive therapy and counselling at a minimum of two sessions a week and high risk people can be seven days a week.

“The service is completely free of charge. From the outset we mushroomed very quickly with a high demand for the service.”

Since the set up of the first centre in Lucan, Joan has opened up outreach centres in Tallaght in Finglas and two new centres in Ballyfermot and Mungret in Co Limerick. She said taking away the stigma of suicide and encouraging people to accept their feelings and talk about them is an important part of helping people who feel like they can’t cope.

“The most important thing is to get people to understand their feelings of suicide are very normal,” she said.

“Everybody at some stage has felt like this but we can get through it. You find by talking to people that they don’t want to die; they just want to stop feeling so awful.

“For example, we would maybe a see a lot of young men who are reacting to a break up, they find that they can’t cope. They lost someone they thought they would be with for life, they might have been living together, they might now have lost spontaneous access to their kids, maybe they had to move to a little flat. In that short period of time they might not see light at the end of the tunnel.

”Now, in this situation people know now to look out for their brothers and sons and keep an eye on them. We are now so educated on the risks of suicide that we know not to leave these people alone but to support them.”

Joan said she is looking forward to coming to Belfast to give a talk and hopes to share some of her experiences to those who come to hear her speak. She said despite her huge success helping the thousands of people who have come through Pieta House she remains humble about her own personal achievements which saw her awarded the RTE Person of the Year earlier this year.

“People ask am I proud but pride doesn’t really come into it. Although I would say that I did feel proud just a few weeks ago when, despite the typical tension between psychiatry and psychology, a psychiatrist said that the treatment of suicide will never be the same since Pieta House opened. That made me feel proud.”

Joan’s talk will be held at 7pm on Thursday October 27 at St Gemma’s High School, Ardilea Street in north Belfast.