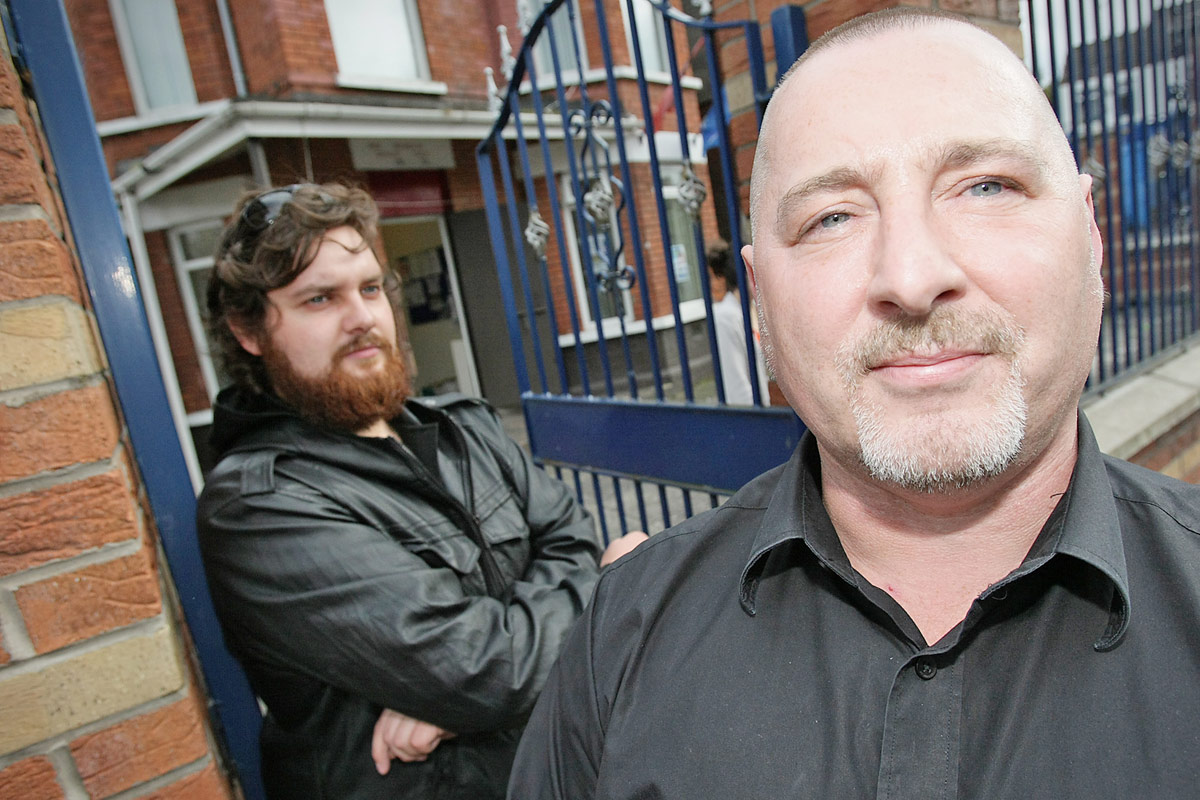 Local members of the Irish Republican Socialist Party whose photographs have been published on a neo-Nazi website have described the development as unsettling.

Photographs of a regular IRSP stall in Castle Street appeared on the Aryan Unity’s Redwatch micro-site last week, with a call for information on those featured in the images.

Alex McGuigin, Chairperson of the IRSP’s Belfast Steering Committee, told the Andersonstown News that the site is targeting “anyone to the left of Attila the Hun”.

“Some of our members joined with the trade unions at a protest against the closure of the City Hospital a few weeks ago and their photographs appeared on this site,” he said.  “Now we have photos of our members at a stall in Castle Street published and they are asking for information on our members. I investigated the site myself and there appears to be involvement with far right groups like Combat 18, the National Front and the White Nationalist Party.

“It’s easy to see this site is about targeting and intimidating left wing activists, left wing journalists and trade unionists, basically anyone to the left of Attila the Hun.  It’s a vain attempt at intimidation but they will not be successful.”

Alex says that while IRSP members are not desperately  worried about the development, there is unease among the unions.

“While we are not overly concerned, it is unsettling, particularly for those from the trade unions whose photos appeared on this site.  We have spoken to some of them and naturally they are worried.”

IRSP member Peadar Mac Giolla Duibh, whose photo also appeared on the site, said the incident emphasises “the mindset of the fascist community”.

“They have published photographs of a protest about a hospital closure,” he said.  “It’s absolutely innocuous and merely highlights the mentality of the extreme right.”