New bus shelter at Teeling is just the ticket 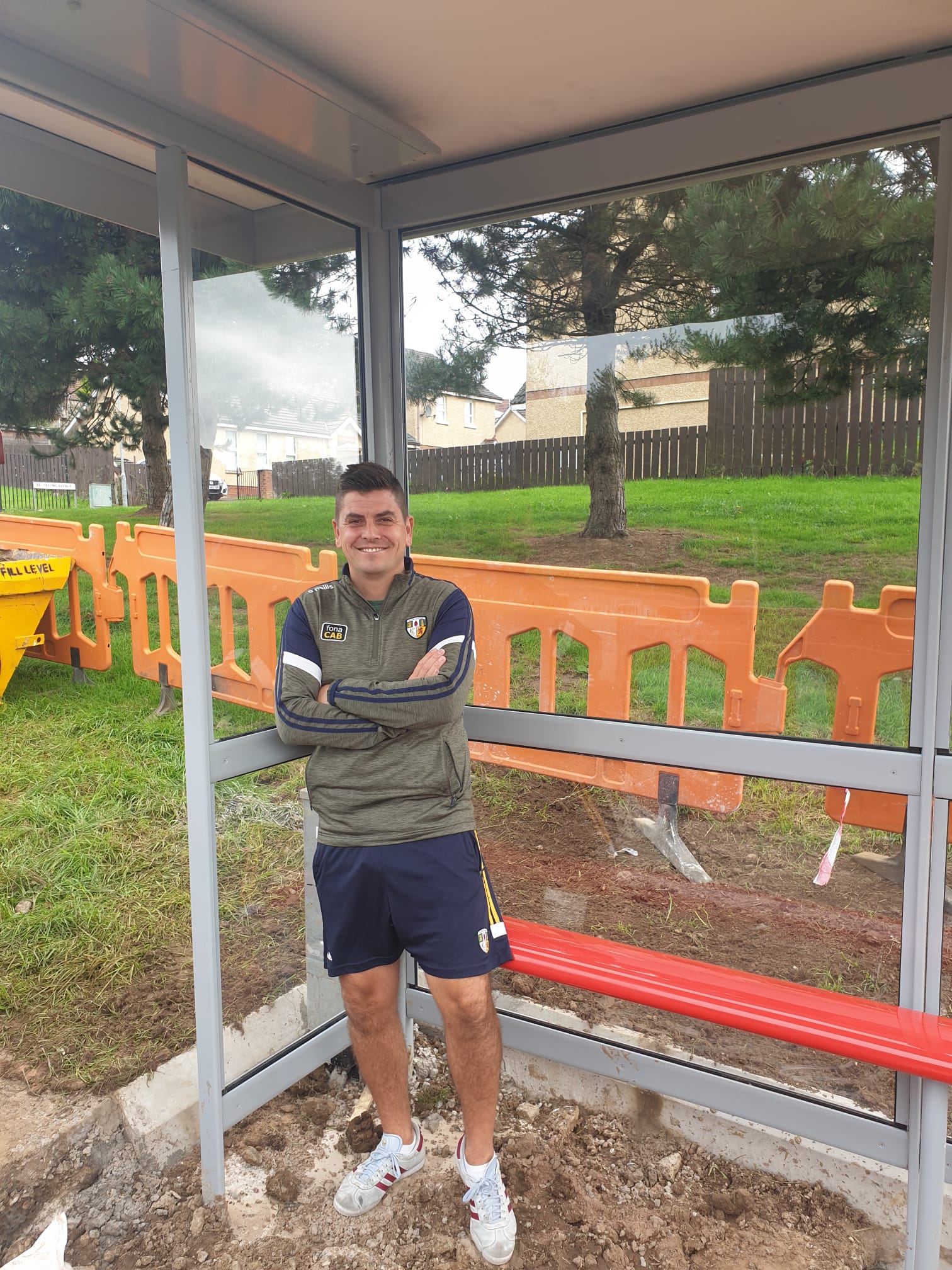 ON THE BUSSES: Cllr Baker welcomed the installation of a new bus shelter at Teeling in Lagmore

COLIN Councillor Danny Baker has welcomed the installation of a new bus shelter at Teeling in Lagmore.

The shelter, which is due to be operational within the next two weeks culminates years of work that began when the bus service was removed from White Rise.

Speaking on the installation, Cllr Baker said: “This work began a number of years ago when the bus service was removed from White Rise and Teeling became the main bus stop for the upper Lagmore area.

“When we were out on the doors people were telling us that when they go to get the bus they end up soaked as there was no shelter.

“That put the wheels in motion and to be fair to Translink, they were in the middle of launching the Glider at the time so our main focus was to get on the list and to continue to lobby for the shelter.”

Cllr Baker said that it was a lengthy process to get the shelter in place and that he was initially given a date two summers ago for the shelter to be installed however, a few problems led to the installation being delayed.

“I hope that this is the start of a process of identifying other bus stops in the Colin area that could benefit from a shelter,” he continued.

“This is one in a series of new shelters that have been installed in the area in recent months. In Twinbrook we had a shelter installed at the former St Mark’s site. That was the result of work that Charlene O’Hara had been working on.

“We have also seen shelters installed on the Black’s Road and Glen Road and we are hoping to identify other stops which will justify a new shelter.

“However, when it comes to lobbying it is not an easy process and you are up against not only other areas of Belfast but right across the North. I am hoping that this is only the beginning and that we can see a number of other new shelters across the Colin area” he added.