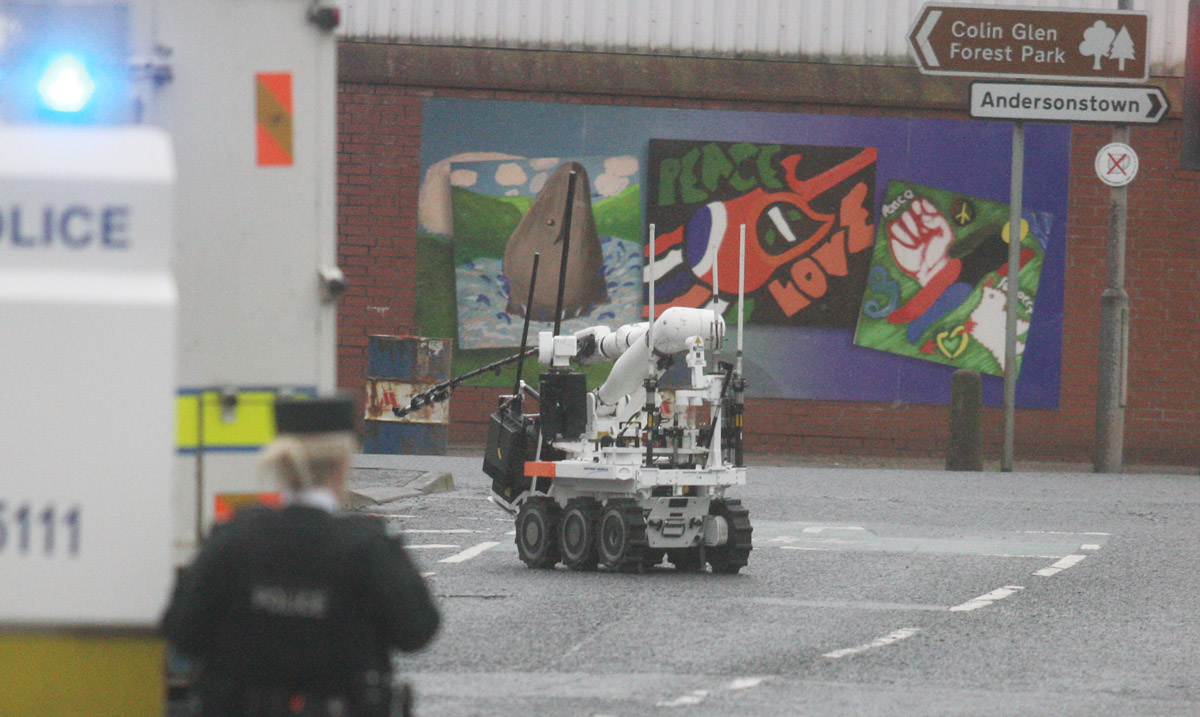 A robot examines a suspicious device outside Woodbourne PSNI station

Police are questioning a teenager in relation to a security alert at a police station in West Belfast.

A 17-year-old youth was arrested after a suspicious object sparked road closures and the evacuation of homes near Woodbourne police station yesterday evening.

Bomb experts attended the scene and carried out a controlled explosion but the object was later described as an “elaborate hoax”.

The Stewartstown Road was eventually reopened on Tuesday evening.

The incident is the latest security alert to take place across Belfast in recent weeks.

"This security alert close to Woodbourne PSNI station has caused considerable disruption to the local area,” he said.

"This led to a huge build-up of traffic in the area with the closure of the Stewartstown Road in the run-up to the evening rush hour.

"There have been a number of security alerts in the wider West Belfast area and local people are fed up with the disruption that results from these pointless actions. Whoever was behind this alert today needs to stop and think about the impact on the local community."