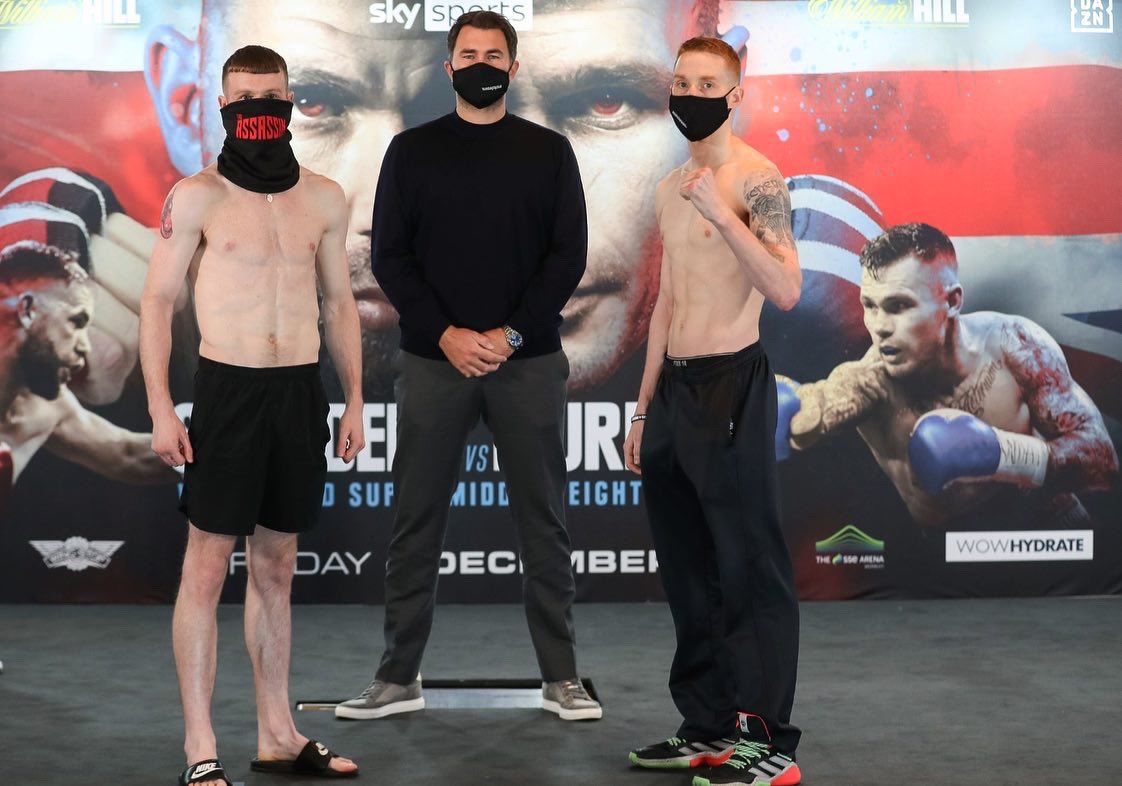 THE lightweight division is arguably the most exciting in boxing at present and James Tennyson wants to blast his way into a world title fight with one of the big boys with a victory over Josh O'Reilly in their WBA title eliminator at Wembley Arena tonight (Friday, live on Sky Sports).

'The Assassin' has looked a much different proposition at 135lbs after he moved up following a defeat against Tevin Farmer for the IBF super-featherweight title just over two years ago, blasting through five opponents to leave himself on the home straight to another crack at world honours.

A win against Canada's O'Reilly who holds a 16-0 record and has a high world ranking will see him move into pole position for a potential shot at next year and the 27-year-old Poleglass puncher says he feels refreshed and reenergised ahead of this fight.

Tennyson has been praised by his promoter, Eddie Hearn, who rates him as one of the most exciting fighters in the world and having blasted through Gavin Gwynne for the British title last time out, he wants to prove himself on the global stage.

"After the last fight, for the first time in a long time I had a bit of a break, enjoyed myself and a few nights out," he said.

"Mark (Dunlop, manager) said there was a good chance that I'd be out before Christmas so I got the head down and put the work in.

"This is a big step forward - a world title eliminator and a fight that can open some doors and big opportunities for me next year so I'm really excited for this one.

"Fighting at that level in the sport is where I want to be and I'm working hard to put myself in that position again."

Teofimo Lopez is the top dog in the lightweight division following his impressive win against Vasiliy Lomachenko in October, with Gervonta 'Tank' Davis and Devin Haney also holding versions of the world title.

Tennyson recently went a little off-script when he voiced his frustration as the three Americans were the fighters all were talking about and seemed to have a pop at Haney by claiming he would stop Yuriorkis Gamboa who the WBC champion needed points against to win.

The usually mild-mannered Belfast man explained that his comments were borne of frustration and that he is fully confident he can mix it with any of the champions.

"I said I'm sick of hearing names and that's a strong statement, but I know I can mix it with those guys and want my opportunity to get in there with a the top lightweights and show what I can do," he insists.

"Being outspoken isn't really me but sometimes you just have to make a few comments to get your point across. I know fine rightly that once my opportunity comes, I'll be able to mix it with those guys. I'm very confident so I just had to just put that out there to get my point across.

"Thinking about those fights get me excited. I know I can mix it with those guys, so I just need my opportunity to show it.

"A win on Friday will bring me a good few steps closer to being able to mix with them."

O'Reilly comes in somewhat under the radar having boxed exclusively in his homeland throughout his pro career.

The 29-year-old is a NABA champion and has stopped six of his 16 victims, so may not have the power to keep Tennyson from marching forward and unleashing his heavy fire.

The Belfast man admits he hasn't paid too much attention to his opponent, but has instead left that to trainer Tony Dunlop and manager Mark Dunlop (no relation).

However, he feels confident in the work done in the gym leading into this battle will see him through and has full belief in what he brings to the table.

O'Reilly will not step through the ropes with the intention of being cannon fodder, but it is hard to see anything but another early night for Tennyson.

"I haven't watched too much of him," he confirmed.

"Tony and Mark have done their homework on him and Tony is happy with how training has went.

"He's happy with the sparring too after watching Josh O'Reilly's previous fights so we're looking forward to it and very confident we can get the win.

"He is very confident and clearly here to win as this is his big opportunity. I can't take this lightly with the rewards that are there.

"I haven't stopped thinking about a world title and have worked hard in this camp, so I'm just looking forward to Friday."