Thanks for the memories Dinny but let’s look forward 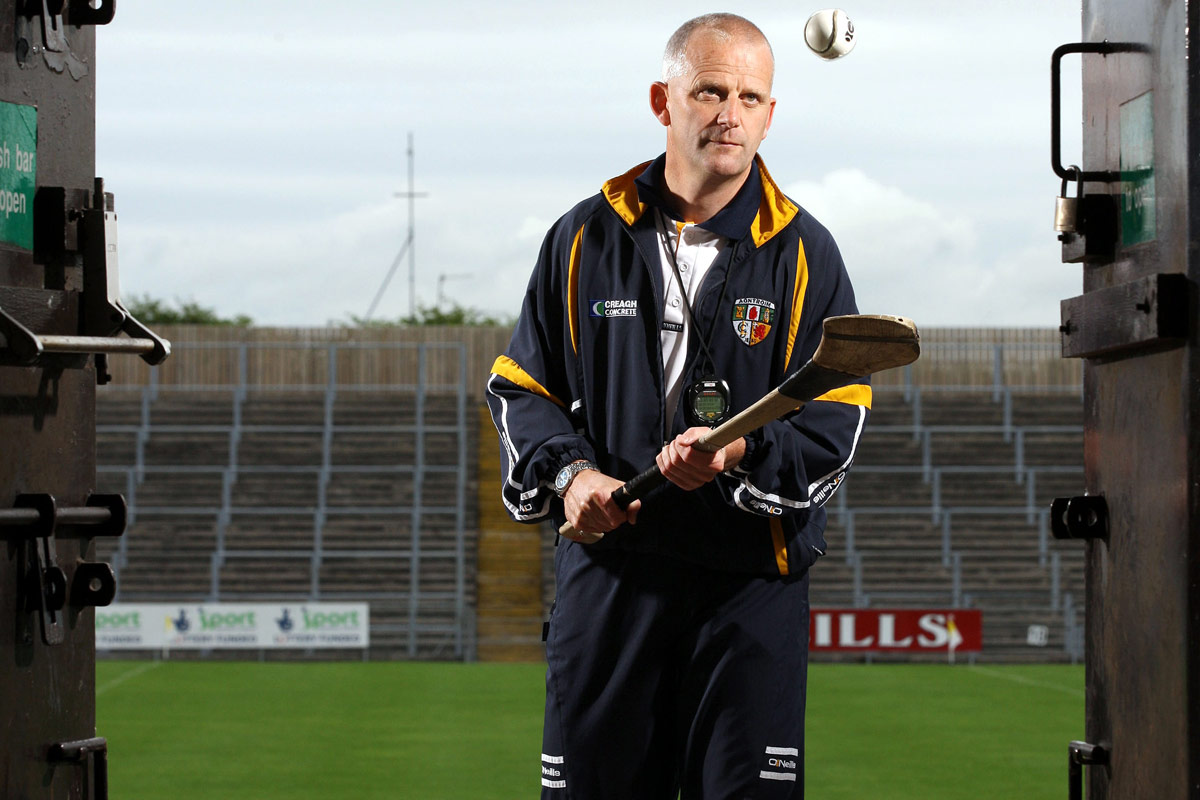 The big news this week is the selection of Jerry Wallis as the new Antrim senior hurling manager.That he was picked over long serving Dinny Cahill at first glance seems like ingratitude in view of the vast amount of travel that Dinny had to make during his two spells in the job and some of the displays he managed to get from the squad in his time.

There were performances that stand out in the mind.

There were the first two All- Ireland quarter finals in which he put teams onto Croke Park that not only shocked the opposition but also a large section of Antrim fans.

We played Tipperary in the first of those when no one gave us a chance but after falling behind in the first half fought back to lead by two points at half time.

The Antrim team then came out for the second session and fought like tigers so that with ten minutes remaining we were level and the consternation among the Tipperary back room team was highly visible as various substitutes were called on then rejected as arguments raged.

A soft goal rallied the Tipperary side on the field and the Antrim team ran out of steam in the dying minutes.

In the end Tipperary won by ten (the bookies had been offering them at evens minus fifteen points) but the panic that had been created in the Tipperary ranks gave Antrim a great fillip.

There was a similar showing on the following year when Wexford were the opposition, only on this occasion we led for some three quarters of the contest despite having an early quite legitimate goal disallowed for a 'square' infringement.

Antrim were three in front with eight minutes remaining and coping well when the referee awarded Wexford a twenty metre free allegedly because an Antrim defender had tugged the shirt of a Wexford forward when both were some twenty yards away from the action.

The free was sent to the Antrim net, once again Antrim faded over the closing minutes and we lost by three. The common verdict after the game was that Antrim had been victims of some poor officiating and over the seveny minutes were the superior team.

In the next year Dinny made a major mistake when at the press evening on the Tuesday prior to the game he claimed that Cork were over the top, named some of their players that he believed were past it, and once his statements were read down in Cork the incentive to make Dinny swallow his words was fresh in their minds.

On that day Cork took Antrim apart in the opening twenty minutes and won very easily. That loss was really the closing action of Dinny’s first spell.

When Dinny returned for his second spell things were very different.

For a start, retirements had claimed  some of the better hurlers, we were back in Division 2 of the National League and never really challenged for promotion.

That has led to the major complaint about Dinny’s approach - he simply thinks that the National League is of absolutely no importance and that Championship games are the only thing that matter.

He also felt that our own domestic leagues did not matter to anyone. In fact he encouraged our better players to attend Sunday training sessions and forget about club games.

It wasn’t long before interest in our club games began to wane, to such an extent that attendances plummeted and clubs that relied on gate money to exist felt the pinch.

I remember being part of a delegation representing all the better clubs at the time going to meet him and plead for a change but we made no impression.

Dinny did not believe our argument that our county thrived when Antrim played in Division 1 and did not do us justice when after a spring playing the likes of Meath and Carlow we suddenly had to face a top hurling county in an All-Ireland quarter final.

It has not been all bad during the recent years  with last season’s win over Dublin a main highlight but was that down to Dinny or to the efforts of his second in command, Jerry Wallis?

I know that a number of the current panel have been highly impressed by the efforts of Wallis, but then they have no great memory of running Tipperary and Wexford close in All-Ireland contests.

With Antrim now playing in the Leinster Championship, so that winning the Ulster Championship  no longer wins an All- Ireland quarter final spot, there has been the feeling around that it is time for a change.

I have to confess that I am very surprised that Jerry Wallis has taken the Antrim job.

However, Jerry must see something in Antrim that has encouraged him to desert Limerick and plump for a job that will involve him in miles upon miles of travel.

To sum up, many thanks to Dinny for the good days he brought us, now let us look forward to life under a new general.