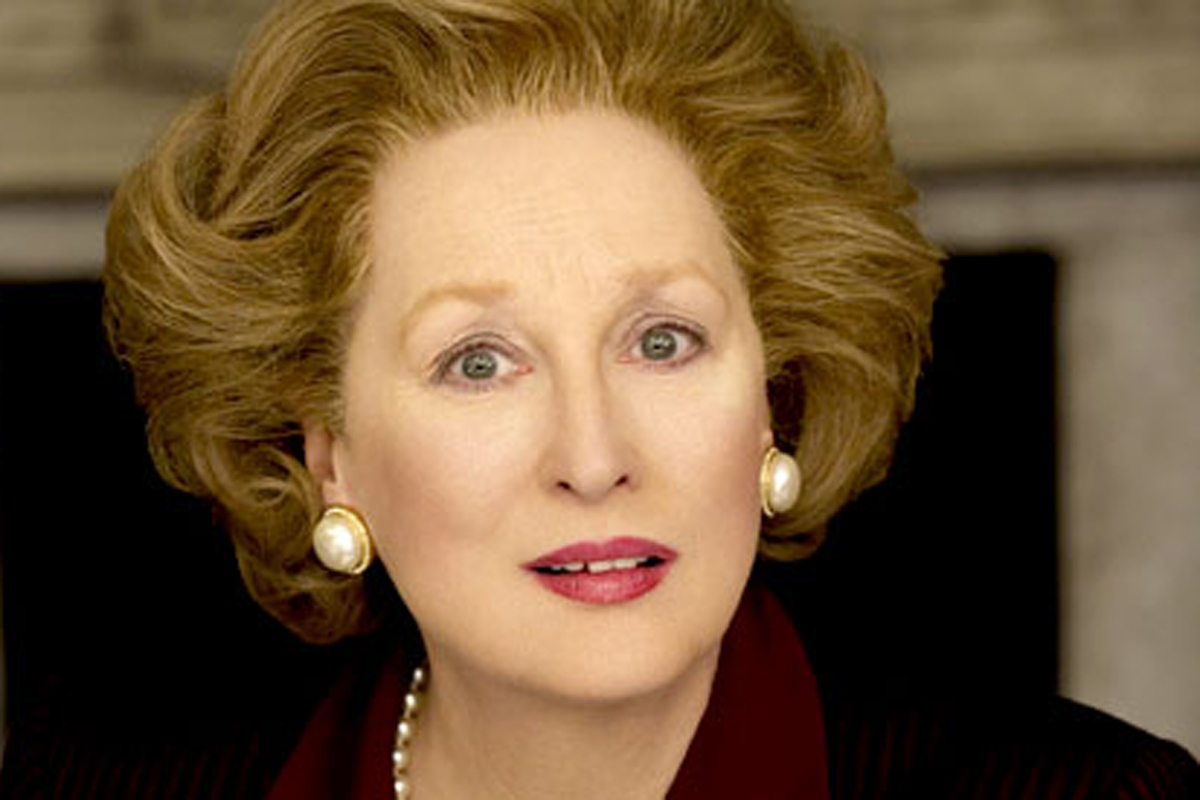 It’s funny the way people react to TV and film.  Print? For most people now, much print requires too much effort – they prefer to watch the movie rather than read the book. I’d guess that not many people have read up on the Black-and-Tan War and the Irish Civil War; but I’m certain hundreds of thousands, maybe millions have seen  Michael Collins   and The Wind That Shakes The Barley.  There’s something visceral about the combination of sound and moving image that grips people. That’s why some voices in our society hold strong views about films being made which depict people they don’t like.

Last week I saw two  examples – one a movie, one a TV documentary. The movie was The Iron Lady, featuring Meryl Streep as  Margaret Thatcher. The TV documentary was the first in a series called Mna an IRA on TG4 and  it gave a portrait of ex-IRA activist  Dr Rose Dugdale.

The Thatcher film showed the former British Prime Minister as an old, confused woman, with flashbacks to major political episodes – the miners’ strike, the Long Kesh hunger strike, the assassination of Airey Neave, the sinking of The Belgrano.  As entertainment, the film wasn’t bad, but as a political exploration it was little more than a series of melodramatic clashes. Thatcher’s Altzheimer’s was stage front and centre.

The Rose Dugdale documentary also presented an old woman who had once been vigorously active politically but now lives what looks like a solitary, somewhat lonely life. Maybe the documentary form made it easier, but more effort was made to probe the motivation  behind her actions. What was it that transformed  a privileged and beautiful young Englishwoman, a debutante who studied politics, philosophy and economics in Oxford, who became an academic, into an Irish revolutionary?

Unlike her colleagues, she chose to compare the theory she read and taught about with the world around her. On every side she saw injustice, inequality, oppression of the powerless. She reacted by committing herself to violent republican activity in Ireland, including an unsuccessful attempt to drop milk-churn bombs from a helicopter onto Strabane police barracks and the theft of highly valuable paintings from Russborough House in Co. Wicklow. She served six years in prison, during which time she gave birth to a child and married the infant’s father, Eddie Gallagher.  It was a documentary that presented not just a life of high drama but tried to show the thinking that led to such events.

But if the film and documentary were revealing, reaction to them was more so.  No one came out, in print or on the airwaves, to suggest the Thatcher film shouldn’t have been made. Not so the Rose Dugdale profile. RTÉ’s Joe Duffy spent an entire programme prodding people in the hope they’d condemn it.  Sir Tony O’Reilly’s Irish Independent  gave Eamon Delaney a platform from which to damn the Dugdale documentary, paralleling her futile efforts to bomb Strabane with the mortar-bombing of Newry police station in which nine people died.

There appears to be  something in elements of the southern media that goes a bit mad when confronted with anything republican. In Martin McGuinness’s presidential bid it showed in the one-eyed presentation of him as an IRA gunman; in the Dugdale case, it showed in the fury directed at those who would dare make a series such as Mna an IRA. With McGuinness they made sure we got just half the picture, with Dugdale and Co they'd rather we got  no picture at all.

Which makes me wonder what their reaction will be to the TV programmes we’re bound to see later in this centenary year of the signing of the Ulster Covenant. That event, you’ll remember, committed tens of thousands of unionists to violent action if the British House of Commons didn’t vote the way they wanted. Delaney, Duffy and friends are sure to be loud in their condemnation of programmes depicting such lawless people. Aren’t they?