The artist in the Garrett 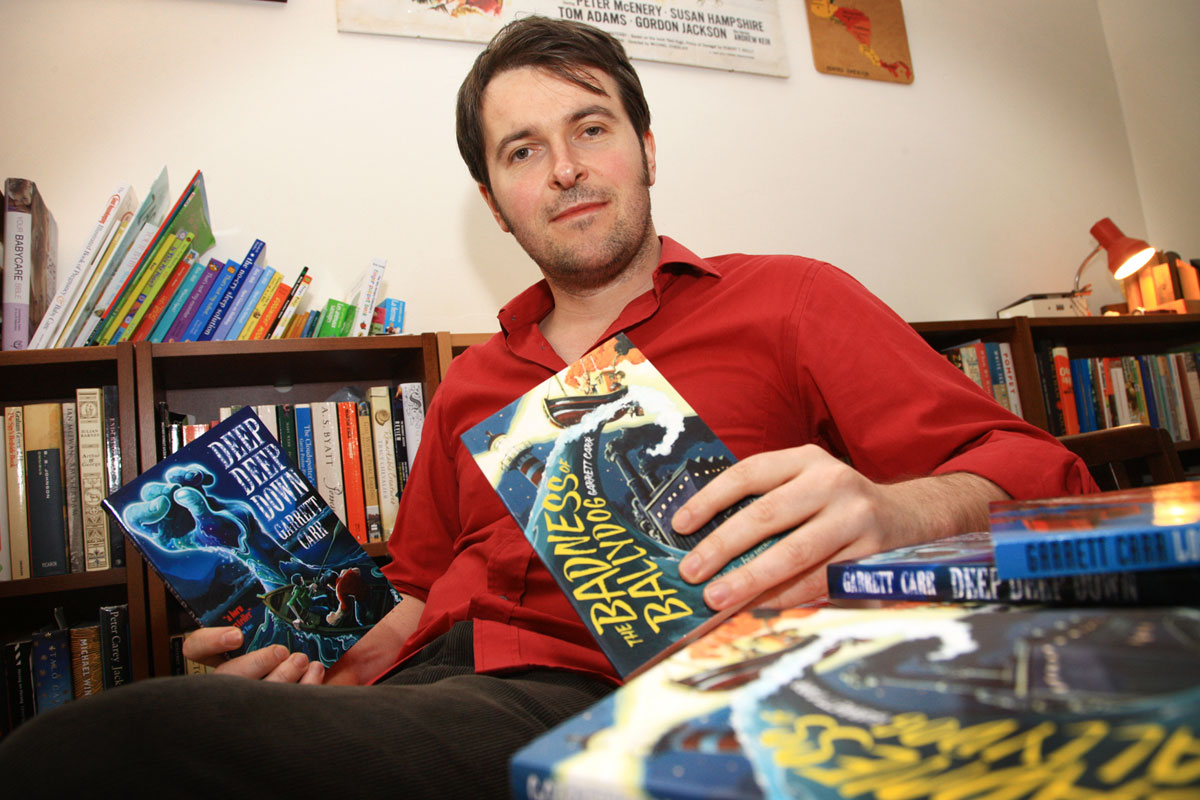 South Belfast-based writer Garrett Carr lives in the Holyland area, and has had two novels listed as Reads of the Year by both The Times and the Irish Independent. He is currently working on a new book with the help of the Seamus Heaney Centre and the Arts Council, and is also creating a “map” of fictional places in Ulster used in local literature.

I was born and grew up in…Killybegs, Co Donegal

My earliest memory is…my grandfather looking down at me in my cot, then stealing my bottle

When I was a child I wanted to be…a dinosaur

The biggest thing I've yet to do…hug a blue whale

The people who inspired me most are…never on television

The most important thing in the world is…if I have to pick just one thing; water

My best friend would say I…still owe him money

My favourite movie is…anything with penguins in it. I can't get enough penguins

The actor that would play me in a movie of my life…one of those monkeys in Planet of the Apes. Or James Nesbitt

The best place I've ever been…was a state of mind

The last text message I received…"Garrett!! Don't you hang up on me!!'

If I was a politician I would…go into opposition

If I won the lottery I would…be surprised, I never play it

If I could invite five people (living or dead) to a dinner party they would be…Genghis Khan, Adolf Hitler and my mother. The craic we'd have. (To make up the five, Genghis Khan and Hitler could bring dates)