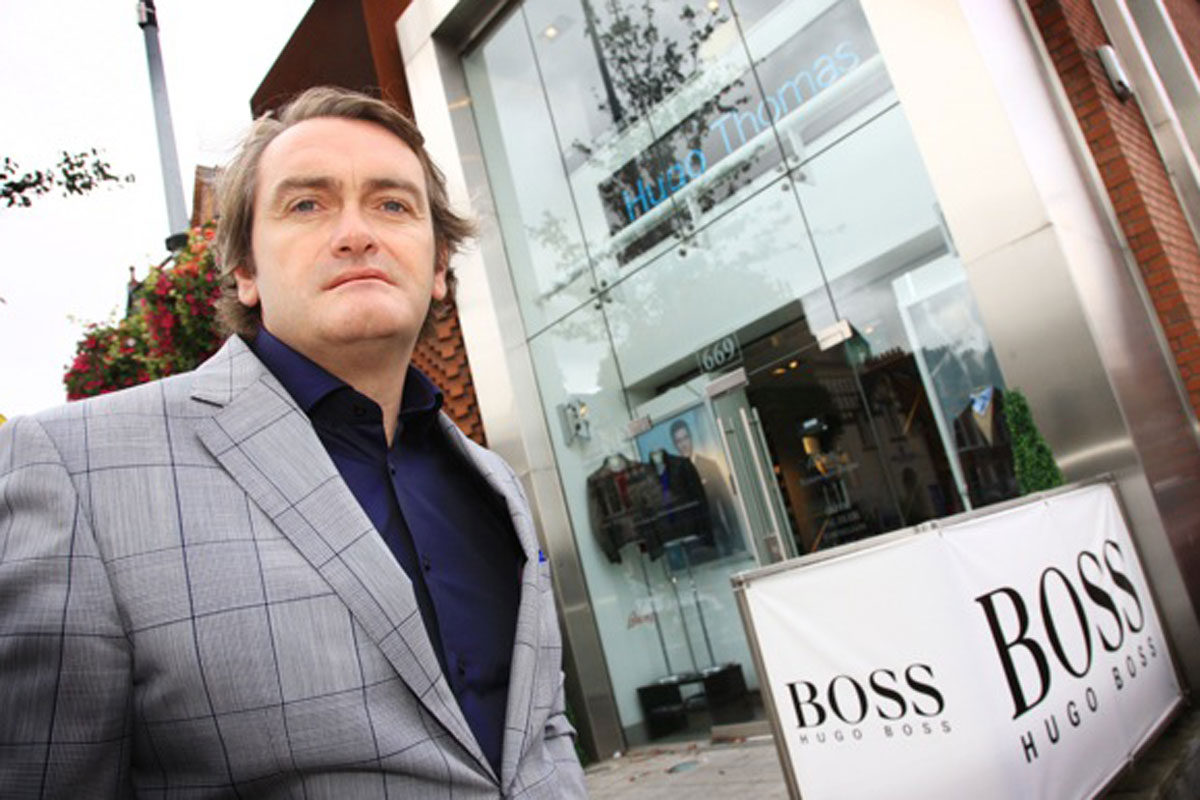 Hugo Finlay is the owner of Hugo Thomas menswear, one of the most recognisable independent stores on the Lisburn Road. A committed member of the Lisburn Road Business Association, Hugo grew up on the Lansdowne Road before settling in Coney Island in County Down. In a previous life he worked alongside inmates of the US penal system before establishing his reputation as a leading menswear retailer...

Where were you born and where did you grow up?

Where did you go to school?

St Malachy’s, Queen’s University and the University of Ulster, Jordanstown

What did you want to be when you were a child?

What are the worst and best jobs you have ever had?

The worst was working in a commercial laundrette in the United States alongside inmates of the local prison. The best was as a nightclub host in Spain in the mid-80s

What is your favourite book, film and band?

The book is David Niven’s autobiography called The Moon’s a Balloon, the film is Butch Cassidy and the Sundance Kid and the band is Coldplay

Do you have a favourite joke or quote?

What is your most treasured possession?

I can’t think of just one

What is your greatest fear?

What are you very good at?

What are you most proud of?

What place would you like to visit before you die?

What is the last text message you received?

It was from my sister

If you were a politician, what is the first thing you would do?

If you won the lottery what would you spend it on?

How do you want to be remembered?

‘At least he tried’

What would you change if anything?

I’d put better facilities in along the shore