DÚLRA: Bark-out for the dog who hopped two buses to cross town 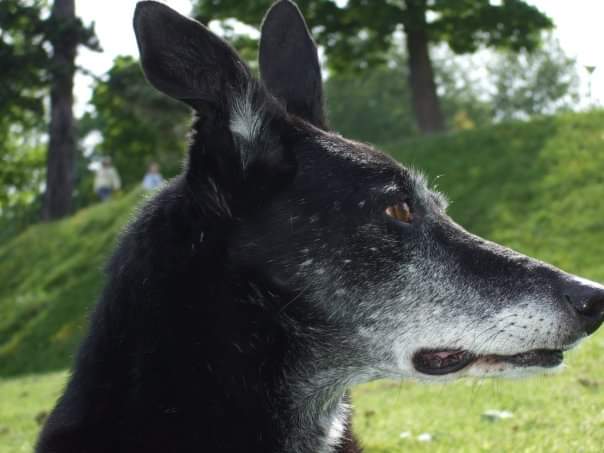 Sunny was a special dog, not that you’d know it if you saw him in his favourite position – stretched out on the doorstep, lapping up the sun’s rays – hence his name.

You'd hardly know it, but there was no dog smarter. Lying at the back door, he was docile, letting the world pass him by as if he wasn’t interested – even patrols of British soldiers went by while Sunny remained unperturbed as the whole dog population of upper Andersonstown raised their collective voices like a pack of wolves on a moon-lit night.

To Sunny, the city dogs had forgotten their roots, their purpose. The streets weren’t their natural environment; that lay just above the horizon where the green slopes of the Belfast hills rose. Sunny was just waiting for his moment. And as soon as he heard the whistle from his master – future U105 newsreader Colin ‘Bungie’ O’Carroll – signalling the journey to the mountainside, he sprung into life.

Dúlra had the pleasure to see Sunny in his element. It was a thing of beauty, like seeing a pedigree horse up close – yet this was no pure-bred dog. Sunny was part greyhound, part sheepdog, a mutt, but those genes had combined to produce a dog with boundless energy and brains which would outfox, well, even a fox.

He’d lift rabbits for fun. While the other dogs yelped in chase of one, Sunny would head off in the other direction. Seconds later, the rabbit would run straight into his gaping jaw. Like an expert striker, he knew how to position himself to always score.

Like all things in life, time took its toll. Sunny’s talents began to wane. And when Bungie moved to Glengormley, Sunny was out of sorts. He’d often make his own way back to Andersonstown to catch up with an old mate, a Rottweiler who lived on the same street.

Sunny being Sunny, he’d take the mountain route, walking the 15 miles or so across the Belfast hills. Bungie would get a call from the Rottweiler’s owner and cross the city to bring Sunny back home.

When age meant the mountain journey was too exhausting, Sunny decided to do the sensible thing – take the bus. He’d go down to the bus stop in Glengormley and stand there among the crowd. When the bus stopped everyone thought someone else owned him, and he’d slip on. In the city centre, he’d walk across to Castle Street and catch the No13 up to Andersonstown to once again shoot the breeze with his oul Rottweiler mate.

When you lose a dog like that, it leaves a gap that’s often impossible to replace. Sunny was one of a kind and it took Bungie years to get over him. Then last year a pal of Bungie’s rang him after spotting a pup in the pound in Ballymena.

“It’s a button for old Sunny,” he said. Bungie went with 13-year-old daughter Ella and both of them immediately fell in love with it. And Bungie knew he was on to something when he discovered the pup was part greyhound, part sheepdog.

The wee dog could eat for Ireland, so they christened it Hank – “it was always Hank Marvin,” Bungie laughed.

Now 14 months old, Hank has turned into a dog to rival the great Sunny. Dúlra went for a walk across Cavehill with him and his owner this week, and was blown away by the speed and intelligence of this dog, who moved across the hillside like an eel through water.

Hank hasn’t come across any rabbits yet – the wee creatures better pray he never does. Because Sunny has been reborn.