The past as prologue in a wee Belfast terrace 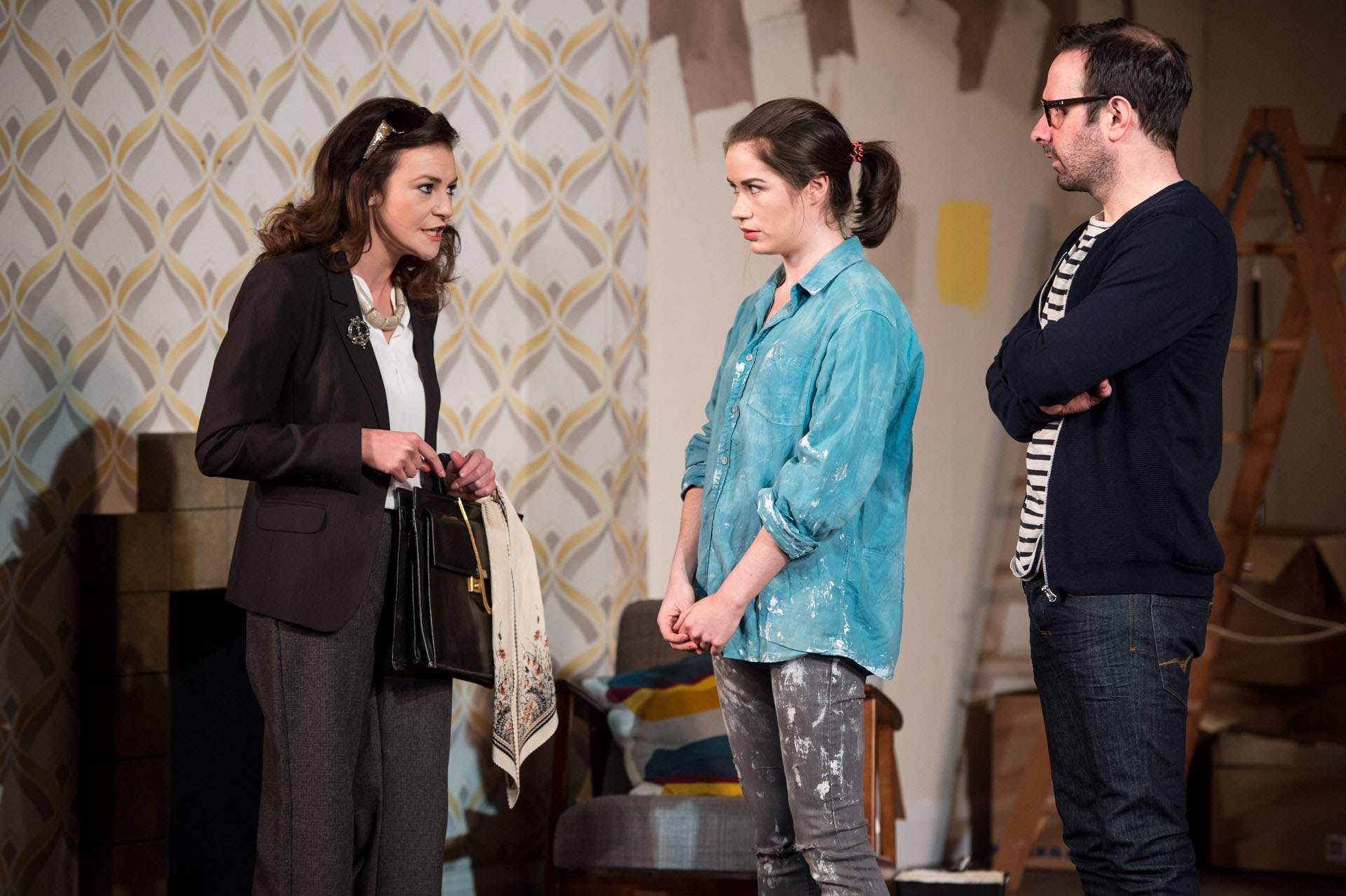 Kerri Quinn, Susan Davey and Michael Condron in Here Comes The Night at the Lyric

The Lyric Theatre’s theatre’s latest offering, the Rosemary Jenkins-penned Here Comes The Night, takes the audience on a historic, social and political tour of Belfast. And in this ‘Year of Centenaries’, when we’re struggling to cope with the vexed issues of legacy and memory, it asks important questions about how the past impacts on our lives.

In the opening scene, Grace Smart’s set perfectly captures the Swinging Sixties as lived in an East Belfast terraced home, with its kitsch wallpaper, questionable sofa, Dansette record player and stacked vinyls. It’s here we meet the Gallagher family: pregnant Mary, played by Kerri Quinn, is a nurse at the Mater and the family breadwinner, while her husband Vincent, Michael Condron of Game of Thrones fame, is trying to put the finishing touches to his novel based on the 1916 Easter Rising.

Mary, keen to have another wage coming into the house, isn’t entirely sold on Michael’s stay-at-home profession, nor is she keen on his novel or its contents. The local priest, Fr Black, visits Vincent to try and dissuade him from continuing with what he sees as a divisive work.

But Vincent persists and ultimately he’s given the signal honour of reading from his work at Queen’s. The night goes well until a car bomb explodes near the Gallagher home and Vincent’s friend, local postman Freddie, gravely informs the family that they will have to get out – and get out quickly.

Fast forward 50 years and we’re back in the same house with a totally different décor and a totally new couple – Jim and his polish partner Marta have just moved in. As if moving into a new home isn’t tough enough, things are complicated horribly when Boyd, played by Lyric stalwart Niall Cusack, knocks on their door telling them that the Ulster Histoical Society want to put up a blue plaque on the front of their home in honour of the esteemed writer Vincent Gallagher – the guy who wrote that book about the rebels. The couple initially agree but slowly doubts creep in, especially when Culture Minister Donna Ní Duineachair arrives with a plan to further resurrect and commemorate the memory of Vincent and his work – whether the couple want the fanfare or not.

The cast are excellent in their roles, driving forward the multi-layered plot with energy and humour. Newry-born Thomas Finnegan is particularly good in the parts of Freddie the postman in 1966 and Jim’s friend Dean in the present day. The soundtrack also packs a real punch with everything from The Beatles, The Kinks, Van the Man and even a parting shot from the late, great David Bowie included.
The play sparks important questions about identity, remembrance and loyalty, ultimately posing the question, ‘Does the past always come back to bite you on the arse?’

Here Comes The Night runs at the Lyric Theatre until May 14. For ticket details visit www.lyrictheatre.co.uk or telephone 02890 381081.