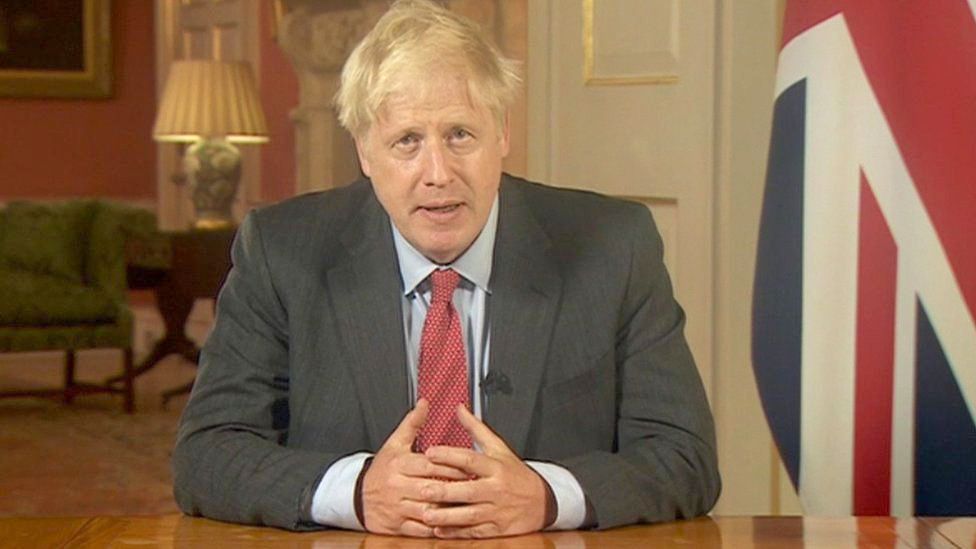 OUT OF TUNE: Boris Johnson hit a wrong note when speaking of Leo Varadkar

FEW of us will have heard of Marina Makeyeva. She was a Russian athlete who competed internationally in the late 1970s but she became well known when she married and began using her husband’s surname – hardly an unforgivable sin for Russian athletes. Marina Stepinova was (you probably have already guessed) a hurdler who held the world record for 400 metres in the mid-1980s when her name was seen as a gift to race commentators.

She was denied an Olympic gold medal when the Russians boycotted the Los Angeles Olympics in 1984. The Israeli champion tennis player in 2002 was called Anna Smashnova while one of the Russian springboard divers in the Beijing Olympics was called Svetlana Filippova.

Several athletes have apt names. Known as the fastest man on earth, Usain Bolt, recently retired multiple sprint world record holder, has loads of gold medals. He obviously likes the name as a son has been named Thunder Bolt and a daughter, Olympia Lightning Bolt. Keep your eye out for their athletic progress.

Born in the Lake District, Ricky Lightfoot has won a world championship in trail running  and long distance mountain challenges. Those who have seen him fly past tired opponents will agree he is suitably named.

Back in 2014 a vote was taken to name the athlete with the coolest name in running. Runners-up included Michael Atchoo and Maverick Darling. Second was Gretchen Speed but the clear winner was Tripp Hurt who specialised in the steeplechase.

Politicians sometimes make little changes to their names. The former chancellor, George Osborne, was named Gideon Osborne until changing his name by deed of poll when he was 12 years old. The former leader of the Liberal Democratic Party had an assumed name. Jeremy John Durham Ashdown was the eldest of seven children: he had four brothers and two sisters. He was born in New Delhi, British India, to a family of soldiers and colonial administrators who spent their time in India.

The murderer of Srebrenica has been brought to justice. Those who value the rule of law in war will welcome this. Those who bled in the Bosnian wars have retribution. Those in Bosnia who understand there is no peace without justice can now look more confidently to the future.

Ashdown was brought up in Northern Ireland, where his father bought a farm in 1945 near Comber, County Down. He was educated first at a local primary school, and a preparatory school in Bangor and from age 11 at Bedford School in England, where his accent earned him the nickname ‘Paddy’. In a career in espionage in the armed forces and later as a Member of Parliament he kept his assumed name.

WHO DO YOU THINK YOU ARE?

Quiz master Billy Gillen asked me some time ago to name the prime minister whose first name was Al. Predictably I drew a blank. He then trotted out the name: Alexander Boris de Pfeffel Johnson, known to family members as Al. Johnson was the subject of the genealogy programme ‘Who Do You Think You Are?’ and he was filmed wandering round the ballrooms of his ancestors. Johnson is only the family name because, like the Saxe-Coburg-Gothas, his family felt it was expedient to sound more British during WWI. His great grandfather was Ali Kemal. The Barons de Pfeffel were ancestors on his grandmother's side.

To me, de Pfeffel has a rather romantic, fin-de-siècle air to it. One can imagine Baron De Pfeffel polishing his monocle at a state ball in Schönbrunn to the music of the waltz and the csárdás. It could be said that de Pfeffel lives up to his name or, to put it mildly, many of his utterances are “a load of piffle”. He won the Foot in Mouth Award in 2004 when, as a guest in the TV show ‘Have I Got News for You’ he said: “I could not fail to disagree with you less.”

Later that year when allegations were made that he had an affair with journalist Petronella Wyatt, he described the story as “an inverted pyramid of piffle”.

On voting Conservative, he remarked: “Voting Tory will cause your wife to have bigger breasts and increase your chances of owning a BMW M3.”

In the same year he prophesied: “My chances of being Prime Minister are about as good as the chances of finding Elvis on the moon or my being reincarnated as an olive.”

A visitor from London was amazed to be told in a Belfast bar that the girl he was chatting up worked as a receptionist for a dentist named Savage. Last week I saw a guy wearing a t-shirt bearing the inscription, Ditcher, Quick & Hyde, Divorce Attorneys. This is, of course, fictitious as are the firm, Kickham, Harter & Indagroine. Attorneys at law.

However, a law firm in Sligo was aptly named Argue & Phibbs. A solicitor by the name of Williams died in the early 1900s as a bachelor leaving his firm and office to a young solicitor who worked for him, WH Argue, a Cavan man.

Talbot Phibbs, who practised as a solicitor in Dublin, later came to Sligo and became a partner. There was speculation that a Mr Cheetham was later to become a partner but this didn’t materialise. Argue & Phibbs traded until the 1940s. In New York an attorney named Ira H Block traded in the 1970s and 80s. It has been suggested he was once involved in an extradition case featuring an Irish Republican.

In the 1980s Kildare’s senior footballers had a midfielder called Bill Sex who played for nearly a decade. On one occasion when he was recovering from injury a local paper reported that the Kildare selectors would prefer to have Sex in the middle of the field rather than in the dressing room.

I don't know whether de Pfeffel ever had contact with Lord Taylor. Taylor once referred to “the Indian’’ while Johnston is recorded as saying of the Taoiseach Leo Varadkar: “Why isn’t he called Murphy like the rest of them?”