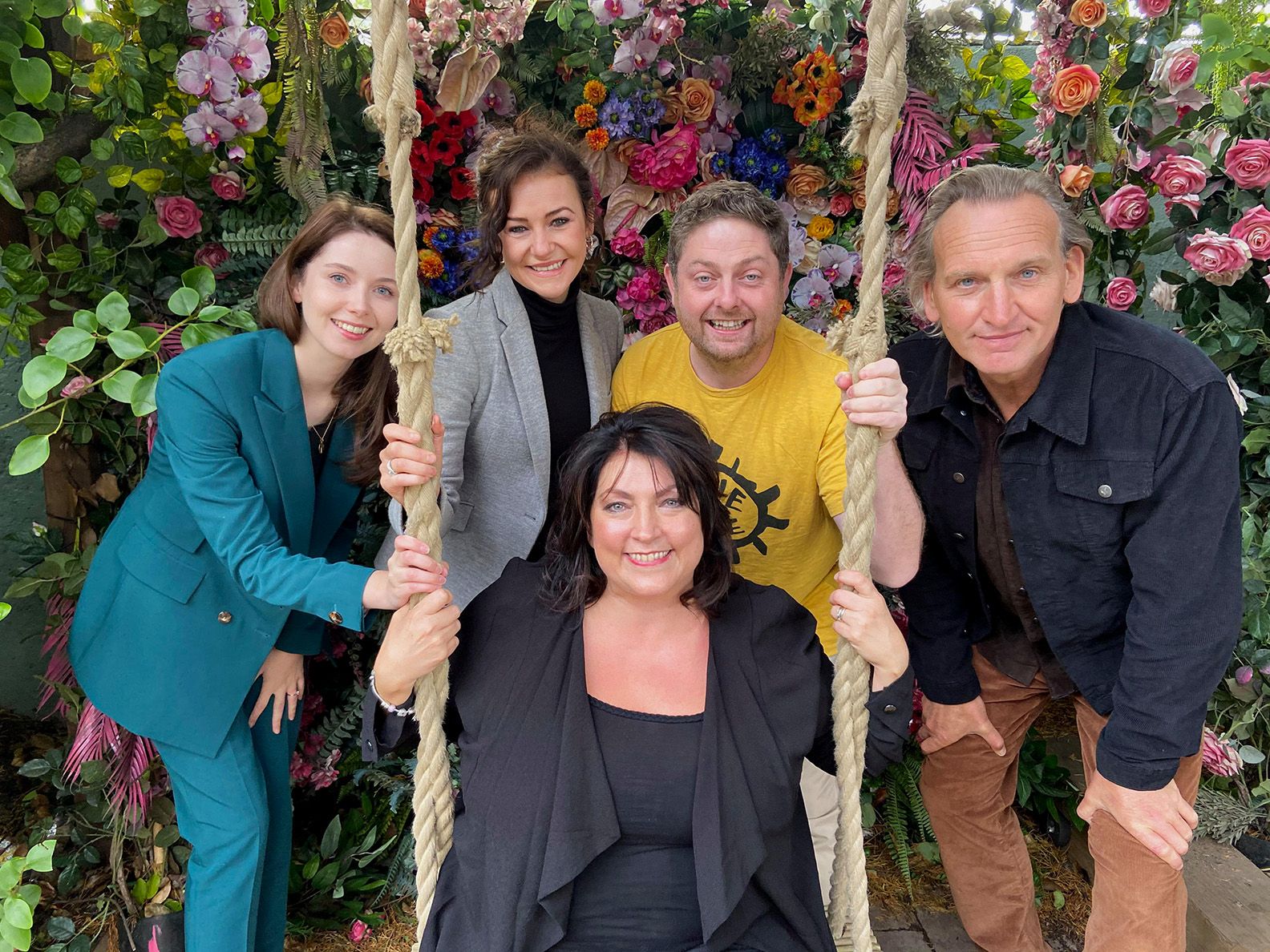 A chance to once again appreciate the gift of live theatre is set to take place next month with audiences able to sample Belfast playwright Owen McCafferty’s ‘Courses’.

Antoinette explained how the play will be performed in different rooms and even the garden of her Finaghy home with Covid guidelines in place and adhered to throughout the  performances.

“Myself and good friend Kerri Quinn were sitting around the kitchen table basically going ‘what are we going to do?’ This was while theatre, acting, everything had come to a standstill.

Christopher Eccleston is to direct and star in a socially distanced production staged in Belfast in October, as reopening dates for theatres in Northern Ireland are delayed a second time https://t.co/myxcYCp078 pic.twitter.com/HikMwsM1pA

“We spoke to our friend and producer Gerard McCabe and came up with this idea that people could experience something live again – with all the Covid guidelines in place.
“We thought well we could do something – what if they come to the house.

“The scenes will be performed in separate rooms and the audience – limited numbers – will be moving from room to room to see the scenes being performed.

“We contacted Owen McCafferty about performing his work and he was onboard which we were all delighted about,” she said.

“We’ve described the piece as a post-Covid theatre menu, with a starter piece, main and after, a theatre of courses taking place in a home.

“Currently you are only allowed eight people in a home and that could change but we will change with the guidelines and adapt the work.

“A lot of work and planning has gone into this already and in a way it’s very exciting, it’s quite like being on a film set with scenes happening in the kitchen, living room. It will give the audience a chance to be part of the intimacy.”

Christopher Eccleston, who filmed the BBC drama Come Home in Belfast alongside Kerri Quinn, said he was “honored and proud to be part of Soda Bread Theatre and Owen McCafferty’s post-Corona theatre menu”.

“Like everybody in every industry, I’m desperate to get back to work and make a difference. To be doing it in my beautiful Belfast makes it very special for me personally.”

“The cast and myself are all very much looking forward to performing live again, which will be an unique experience for the audience,” he said.

With no date in place from the Stormont Executive as to when the lights will once again illuminate stages and concert venues in the North, Antoinette said that she hopes this piece will be the “beginning of something special”.

“You are kind’ve forced to be creative in these times, at the end of the day you still have to put food on the table and be proactive, that’s what we have done here.

“We hope that this project could be brought into theatres three months down the line or maybe hotel venues, different function venues. There will be so much variety over the performances and we can’t wait to be involved in live theatre in this way.”

‘Courses’ will be performed on October 24 and 25. For further ticket information contact Sodabread Theatre via their Facebook page.