There’s so much to celebrate after Duncairn’s first year 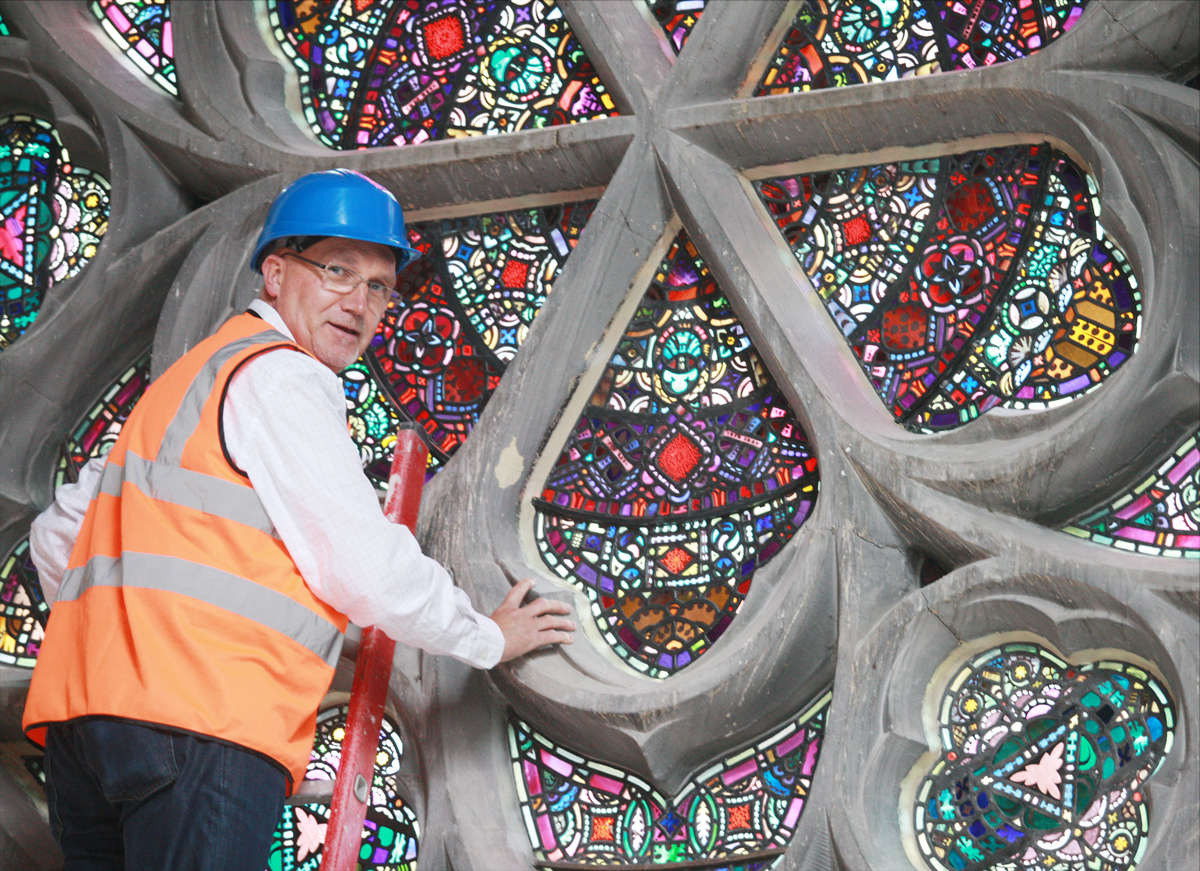 AS the man who more than anyone was behind the development of the Duncairn Culture and Arts Centre, the Reverend Bill Shaw can be satisfied that one year since the Antrim Road venue opened its doors the former church has been established as one of Belfast’s foremost cultural and artistic hubs.

But Bill isn’t one for taking personal plaudits, and any questions relating to himself are modestly batted away. Ask him how many hours a week he spends in the centre: “Probably too many, I’d have to ask the wife.” What about the great work you do here? “I’ve a very talented team around me.”

It’s the hard work of Bill and his talented team that has brought them to where they are today, with 28,000 people having come to the centre for courses and concerts in just 12 months.

So what is his highlight of the last year? He says it involves a visitor from West Belfast.

“I was in here one Saturday night and some of the young lads from the youth club were manning the tuck shop,” he recalls. “I came down and a woman was standing there dressed up as if to go out, asking who was in charge. I told her I was looking after the lads and she told me that she had grown up in the New Lodge and always remembered looking at the stained glass window in the church and wondering what it would be like to look through it from the other side.

“She had moved to West Belfast but was back that night to pick up some friends and saw the place was open. She had come in with the hope of finally seeing the view from in here. When we got talking she was surprised at what we were doing here and to my surprise, she got her friends to come in and instead of going into Belfast on their night out they stayed here the whole night to see a concert we had on.”

Bill says after that incident he knew the transformation of the old Duncairn Presbyterian Church into a vibrant community forum was complete.

“Her experience is what this place is all about. When we opened we wanted to engage with the local community and introduce them to the arts, and the day I spoke to that lady was the day I knew we were getting there.”

The story of how £4million was spent renovating a church that wasn’t going to survive a dwindling congregation is well known in North Belfast, but spreading the word to local working class communities that it is a venue they can use as a resource is taking longer to achieve. Events Manager Ray Giffen says he is confident they’re getting there.

“We had a trad group playing here recently and a young man from across the road called in to watch the concert,” said Ray. “He came to me afterwards and asked if the venue would be available for the launch of his band’s EP. They are local lads trying to get a break. My heart jumped because this is exactly why we are here. I want people to be phoning us suggesting uses for the building. We have so much going on already but we want the community to tell us what they want to see here. It’s a world class venue and it’s here for them.”

This week the 174 Trust that Bill chairs and which runs the Duncairn Centre will present its plan for the next five years. Five years ago the aim was to unveil the next plan in the renovated Duncairn Cultural Centre, a target that will be met. The next five years will concentrate efforts on building the role of the centre in the community, work that is ongoing every day.