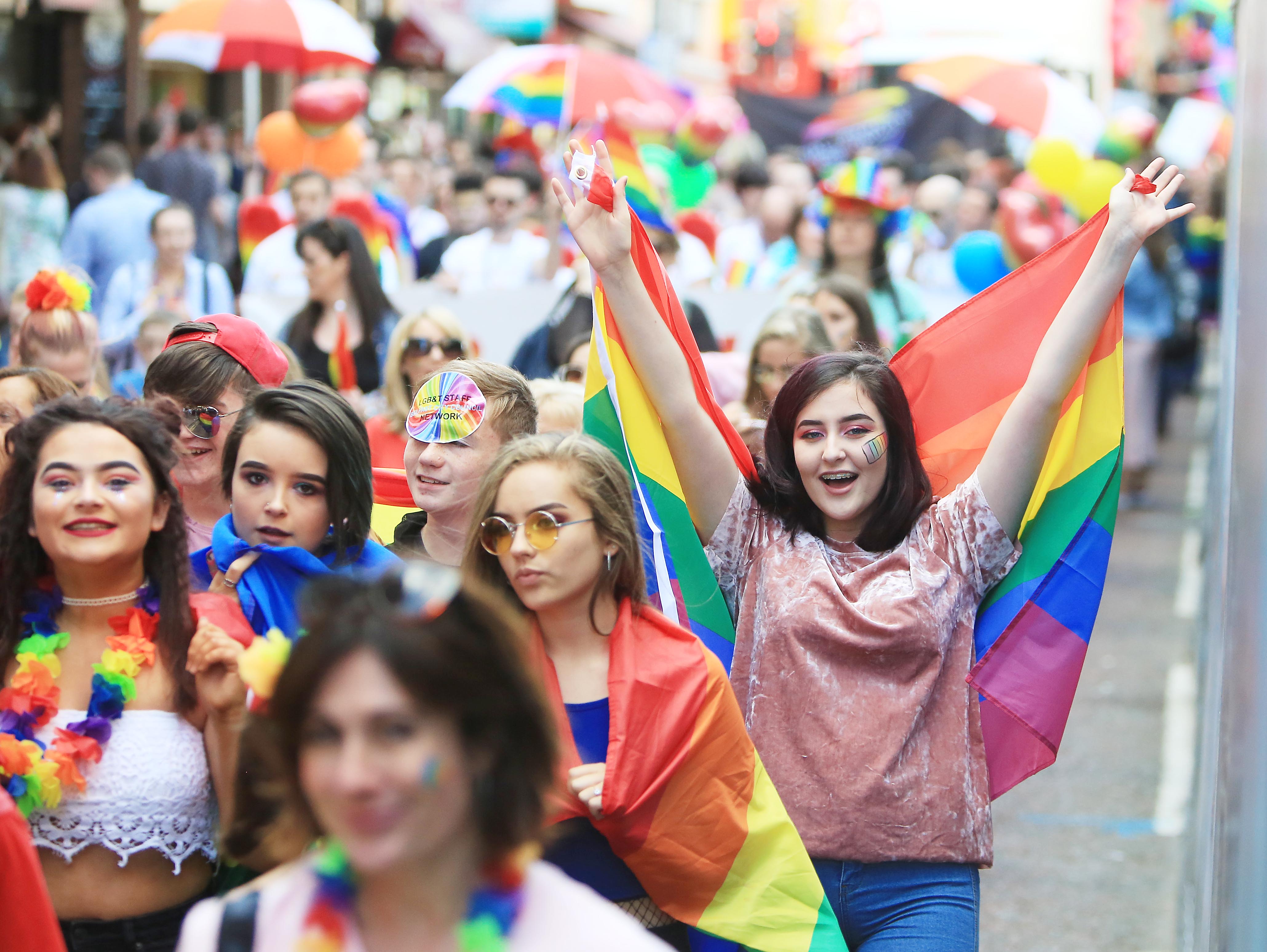 Part of the huge crowd in Belfast on Saturday

THOUSANDS of people took to the streets of Belfast on Saturday afternoon to celebrate Pride.

The colourful parade was led by Belfast Lord Mayor Nuala McAllister with many other political figures in attendance.

Ms Bradshaw was speaking after taking part in the parade through the city where over 10,000 are believed to have participated. Taking part for the first time this year were members of the PSNI and the Garda Síochána.

“Belfast Pride has become one of the annual highlights of the local calendar, with thousands of people taking part in the parade itself, and thousands more lining the route,” said Ms Bradshaw.

“The sheer size of the parade today was breathtaking. The week leading up to the parade is also filled with fantastic events, showcasing the work and education which has gone on in relation to the LGBT community.

“It was also particularly welcome to see the PSNI taking part in the parade today in their uniform for the first time. This move shows just how diverse and positive Belfast has become in so many ways, and how much of a stand we will take against prejudice.

“But many challenges experienced by LGBT people here remain, and therefore Alliance will continue to fight against all forms of discrimination and lead the way in promoting equality for everyone.”

Numerous representatives from Sinn Féin and the SDLP were also in attendance on Saturday while Taoiseach Leo Varadkar attended a Pride breakfast during his two day visit to Belfast.

Sinn Féin leader in the north Michelle O’Neill said: “I commend all those who played a part in organising once again a vibrant Pride festival which is a celebration of the contribution the LGBT communities make to the life of this city and to society.

“It is also yet other powerful demonstration that the demand for equality and in particular marriage equality is building.

“I welcomed the participation by An Taoiseach Leo Varadkar in this morning’s Pride breakfast and his support for marriage equality for citizens in the north.”

A small protest against the parade was held outside City Hall.