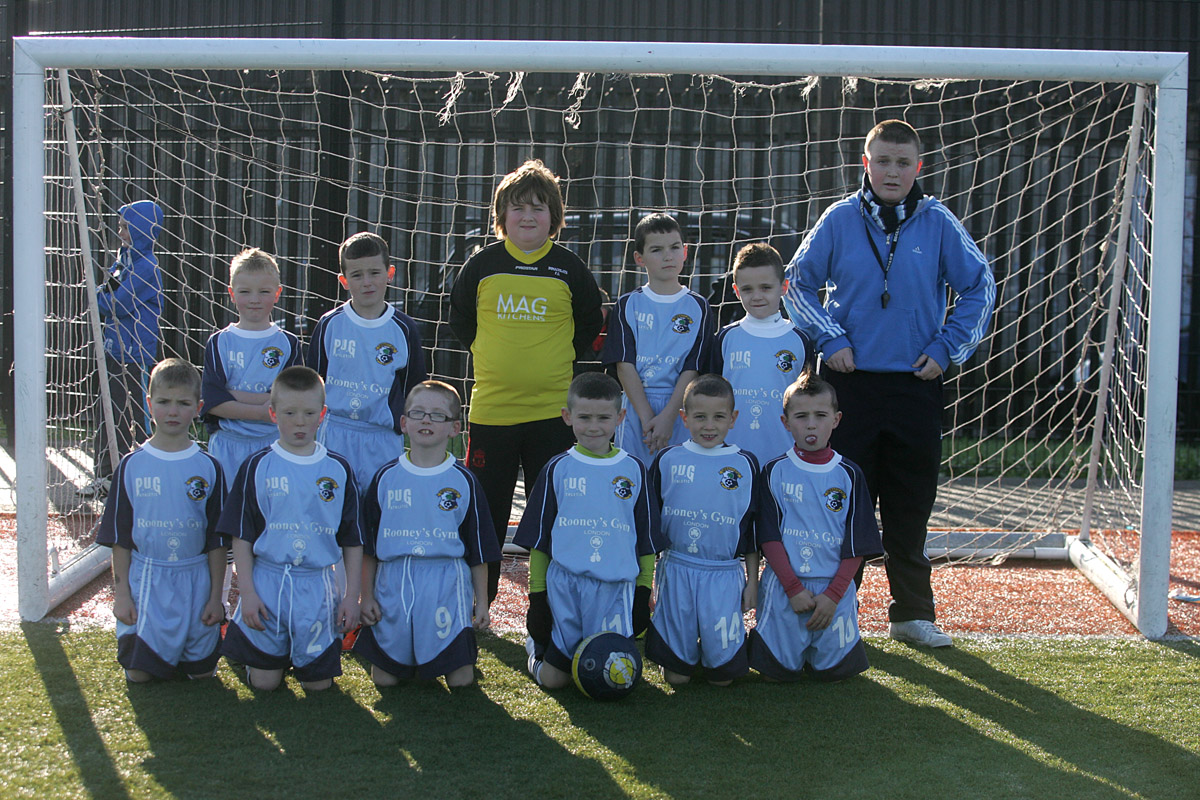 This was the first meeting of these two teams in the South Belfast Youth league this year.Newhill do not adopt well to early morning kick-offs and tend to be slow starters and with this game kicking off at 9am, was the trend going to continue?

With Newhill’s in form midfielder Karl McAllister unavailable due to illness it gave the management an opportunity to start new signing Tiernan in centre midfield.

Dungoyne started the brighter and pressed the Newhill defence from the kick-off but the back four of Caldwell, Nolan, McCann and Dunbar, who have been excellent so far this season, stood strong and protected their goal-keeper Babby excellently, who did not touch the ball for the first 20 minutes of the game.

By this stage Newhill’s midfield and free scoring forwards were getting into the game.

Newhill’s wingers Hyland and Tyler were using the width of the pitch to their advantage and were unlucky not to score a few goals only for some brilliant goalkeeping and last-ditch defending.

Newhill finally got the break through they deserved when Captain McGreevy muscled his way though the Dungoyne defence to coolly slot a well-taken goal into the bottom corner.

This goal seemed to change the game as Newhill took their foot off the pedal and seemed to fall asleep just before half time as Dungoyne broke away and scored two quick goals.

With the scores level at half time Newhill knew they needed to improve their game and play to their strengths.

This wasn’t the case as Dungoyne came out for the second half fired up and looking to take all three points.

Dungoyne quickly took the lead as the whole Newhill team seemed to have no energy and were letting Dungoyne run all over them.

After they scored their third goal Newhill sparked into life and Aaron Quinn started to get more and more into the game, winning tackles and using the ball very well.

Newhill started created chance after chance with the Dungoyne ‘keeper pulling off some great saves and also the Newhill forwards were as much to blame as they were constantly offside.

The introduction of midfielder Murphy helped lift the team even more and now they were pushing for the winner.

McGreevy was now playing a deeper role trying to create chances for his team mates until the ball fell to him 25 yards out and he smashed it into the roof of the net to claim his weekly goal from outside the 18 yard area and also to complete his hat-trick.

Newhill made some defensive changes to tighten things up and give the team fresh legs.  This saw McHugh, MT and Doherty brought on to add some steel and tough tackling to the side.

The final goal was a well-worked goal down the right hand side and again Hyland broke away and dinked the ‘keeper as he came out to close the ball down - a superb finish that would grace any stadium.

Dungoyne pushed on got a late goal but too little too late as Newhill held on for all three points.

Best for Newhill was Tiernan, an excellent first competitive start which will surely give the management some selection problems next week.