ELLY ODHIAMBO: Time for a reboot – and for Boris Johnson to go 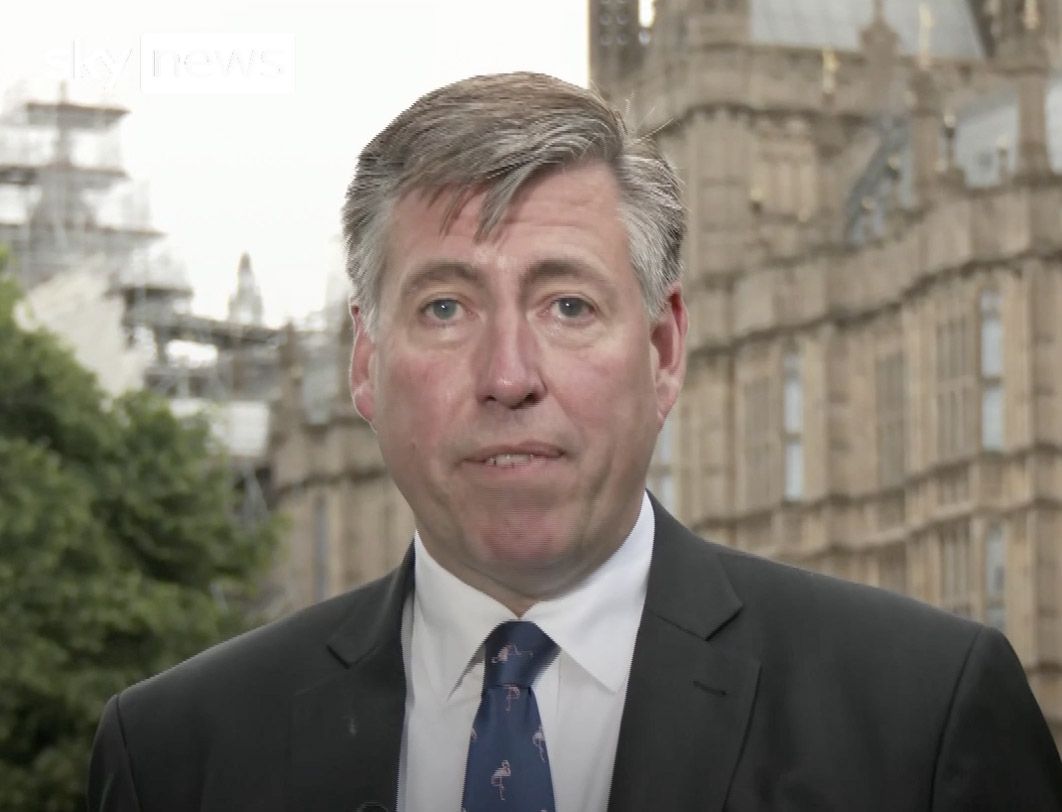 HISTORIC: Sir Graham Brady announces the vote that has brought Boris Johnson to the brink

THE overthrow of British Prime Minister Boris Johnson by his fellow Tory MPs is the best thing that can happen to Northern Ireland during this disruptive DUP protest.

­A Tory rebellion against this lying politician called Boris is something is significant. It means that there is a chance that we in the North can face off with perhaps a new, less divisive leader of a party which has relied on the DUP whenever it had no clear majority at Westminster and on various other occasions. Johnson does not give a toss about Northern Ireland and this is part of the reason the DUP is able to disrupt the formation of a Northern Ireland Executive.

Sir Jeffrey Donaldson's DUP is a party at war with itself.We know that even the post-Brexit Protocol and the Irish Sea border question do not unite all supporters of the party. The top brass of the DUP have to continue confusing the public with their Irish Sea order mantra, a contradiction if we recall how they largely supported what the Tories came up with in the last Westminster election and indeed the Yes or No EU referendum.

We know that the open border between Northern Ireland and the Republic of Ireland or the EU so to speak, continues to boost the economy.The EU, this big beast of an organisation, has played a very positive role in Northern Ireland's economy. That is history now, partly because of PM Johnson and his rhetoric about how much Britain was spending when it was in the organisation. Where are all the EU Peace-funded projects now? Didn't we think that these and many other investments from the bloc were going to interfere with the economic stability of the North?

Boris does not care about the unionist DUP any more than he does about republican Sinn Féin. For a man who for years worked as a full-time journalist in Europe, it is shocking that his networking behind those international curtains did not help him to understand the politics of the North, the South and the EU in that particular order. He has been busy running around looking for photo opportunities and making himself relevant in things that don't matter to his British national constituency. He thinks of Downing Street's working relationship with the the Northern Ireland Executive last.

In the stubborn, awkward relationship between Sinn Féin and the Tory Party, the former feel that it is a history they cannot rebrand. Well, in Northern Ireland we have seen Dr Ian Paisley and Martin Mcguinness shaking hands and working together. The stubbornness of two-faced Johnson is going to affect the already fractured political discourse of the North. The Tories need a new leader who should not solely concentrate on ripping up the Brexit Protocol but getting others to work with him or her in allaying the fears of the DUP.

If the purpose of the Northern Ireland Protocol was to keep the border between Northern Ireland and the Republic of Ireland open and free after the UK left the EU’s single market and customs union, why is it so difficult for a British PM to open an honest review with the EU? Yes, goods passing from Britain into Northern Ireland and then on to the EU are checked in this Protocol. I saw it for myself recently. Customs officials are the people on that Brexit frontline.The politicians who created those conditions are in the DUP and Tory Party.