Traffic calming campaign on the skids 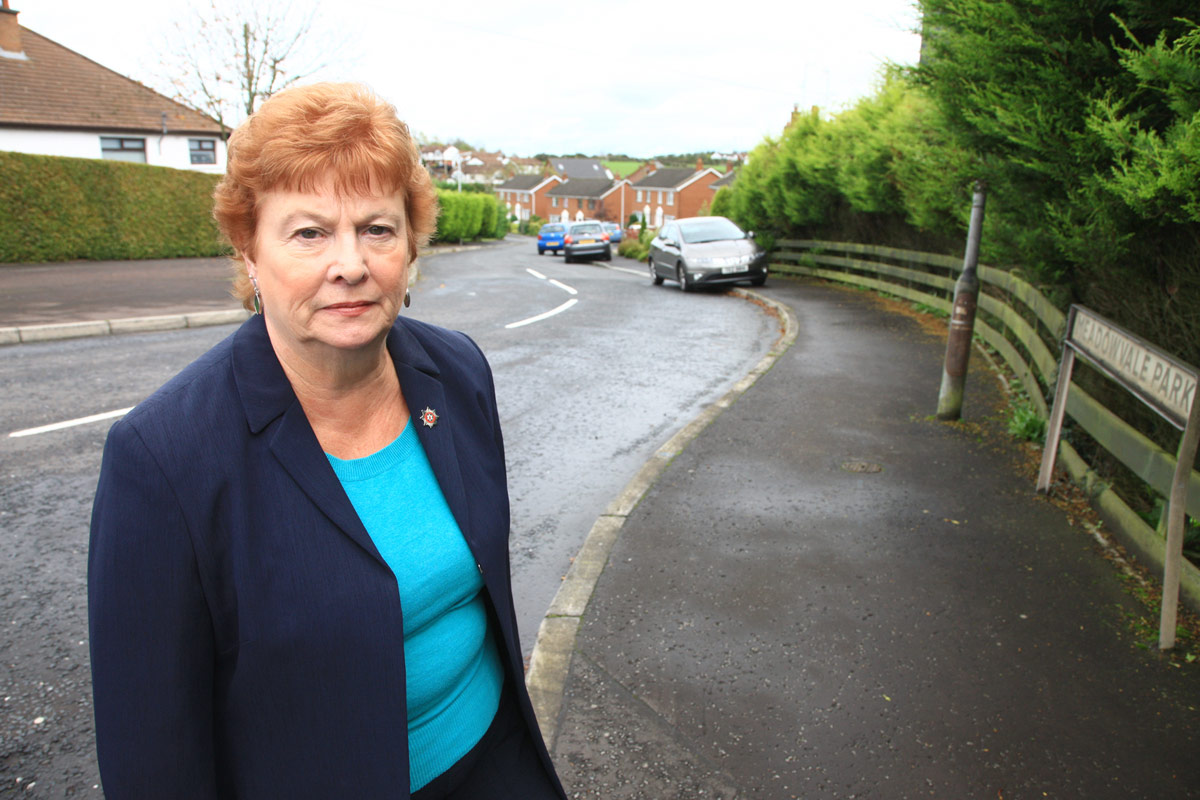 A Castlereagh councillor has criticised the Roads Service (RS) after it refused requests for several traffic calming measures in Carryduff.

In a letter given to councillors in the borough last week, the RS stated it would not be introducing the measures in the Meadowvale Road, Ivanhoe Avenue and Marlborough Park areas of the village after assessments showed they were not needed.

However, angry Carryduff councillor Geraldine Rice said she did not agree with the decisions and called on the RS to change its mind “before someone is killed”.

“I was with representatives from the organisation when they did their traffic survey in Meadowvale Road and it was clear because of the huge hill there traffic calming is needed to slow vehicles down, as people on the other side of it are left unsighted.

“I have often asked for traffic calming measures in Carryduff because of the amount of traffic and rat runs here that vehicles use. There is clearly a sufficient risk but it feels as if we are banging our heads against a brick wall at times in asking for these things.”

Cllr Rice said she believed other reasons were to blame for the lack of traffic calming in Carryduff.

“I think it’s obvious they have no money to spend, despite the problems we have. The residents are here every day and we know the traffic problems we have to put up with.

“To say there is no need for any traffic calming measures is plainly wrong when all you have to do is look at the Saintfield Road and how gridlocked it is constantly. There may be financial reasons but is money more important that a life?”

A spokesperson for the RS said its assessment considers various factors, including speed and volume of traffic, injury collisions over the past three years and environmental reasons.

“We have reviewed previous assessments for each of the three locations, These indicate none of them achieve a high enough priority for inclusion within our traffic calming works programme when compared against many of the other competing sites.

“Given the number of requests we have already assessed and which we receive a higher priority we do not envisage progressing traffic calming schemes in these areas for the foreseeable future.”