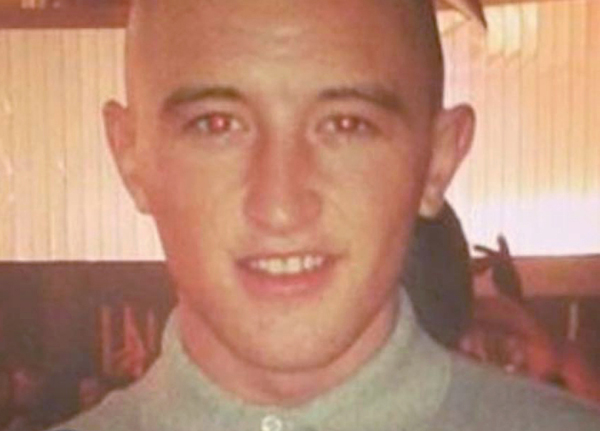 A WEST Belfast Councillor says a local family have been “let down” by the relevant statutory agencies after a young father took his own life.

23-year-old father-of-one Seamus ‘Seamy’ Clarke from Westrock passed away on Monday. Mr Clarke was about to welcome the arrival of his second child. Social media has been flooded with tributes to the popular young man after his death with Whiterock Westrock Historical and Cultural Society describing him as a “great friend and neighbour”.

Seamy’s brother Dan posted how his “baby brother” had tried to get help from the NHS these past three months and was “told NO”.

“He went one week ago to get help and was told NO.”

In his post, Dan described is brother as a “hero” after donating his organs “to nine people that would never have had a chance of life without him”.

“I am proud to be your brother and I make sure that you are remembered for the HERO and LEGEND that you are and always will be. You have broken my heart son, rest in peace kid, love you.”

A vigil for Seamus will be held in Westrock on Friday evening from 7pm.

Speaking to the Andersonstown News yesterday, Sinn Féin Councillor Steven Corr said there is “a dark cloud over the Westrock community”.

“The idea of the vigil is to make our young people aware of the resources that are out there, that they can access,” he said. “The Clarke family have been let down by the statutory agencies and I have spoken out before about how we need the proper resources in our area for those who are dealing on a day in, day out basis with their mental health. Seamus was a friend of Ryan Conlon who was viciously stabbed in the area coming up to three weeks ago.

“What has happened is incredibly sad. My thoughts and prayers go out to Seamy’s family at this time,” added Cllr Corr.

The vigil for Seamus Clarke will take place in Westrock this Friday (September 16) beginning at 7pm. All are welcome to attend.