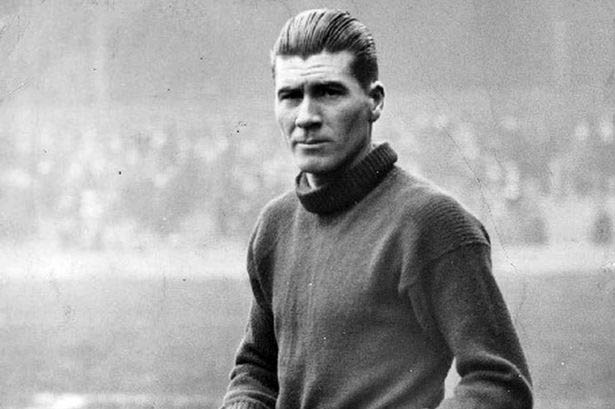 THE public vote to name the new road leading to the Olympia Leisure Centre in Belfast is in its final week and SDLP Councillor Donal Lyons is encouraging people to ensure they have their say and to vote for 'Elisha Scott Boulevard'.

Elisha Scott is a Liverpool football legend and was Belfast Celtic’s most successful manager who also took the club on their tour of the US in 1949 where they defeated the then British champions, Scotland.

Cllr Donal Lyons said: “The vote to name this new road closes on this Sunday and the 125th anniversary of Elisha Scott’s birth will be on the 24th of this month, just days after.

“I’m glad that my proposal to name this road after Elisha Scott has been included because despite Elisha being one of the most successful footballers to have come from our city, awareness of his achievements has faded.

“It’s my hope, that by naming this road after Elisha Scott that we can correct this and begin to give him the full and long overdue recognition he deserves.”

Goalkeeper Scott was born just yards from this new road. Cllr Lyons said it It would be fitting if the road was named after one of Belfast’s greatest ever footballers.

“After famously signing for Liverpool FC in 1912 for ‘£1 and the price of the boat trip’, Scott would be a key player in Anfield for an incredible 22 years, making 468 first-team appearances. He holds the record as Liverpool’s longest serving player to this day. The earliest recorded football chant was Liverpool fans cheering his name. Scott is widely considered the first King of the Kop.

“But it’s not just his time in Liverpool that’s worthy of celebrating. Elisha returned to the Donegall Road in 1934 to become player-manager for Belfast Celtic. Over the following 14 years, he would secure 31 trophies with the Grand Old Team, including 10 Irish League titles, six Irish Cups and eight Gold Cups. Belfast Celtic were the powerhouse in local football and the club still retains a loyal and dedicated fan base.

“Scott also knew what mattered in football and when challenged amid worsening sectarian tensions in the 1930s, for fielding a cross community team he responded in his trademark forthright style, ‘I don’t play Protestant players. I don’t play Catholic players. I play good players.’ Scott’s success as both player and manager secured his place in history but his dedication to his club, players and fans ensured his place as a legend of the game.”

You can vote online at https://dof.belfastcity.gov.uk/NameTheRoadVote/ or by emailing NameTheRoad@BelfastCity.gov.uk with Elisha Scott in the subject and including your name and address.