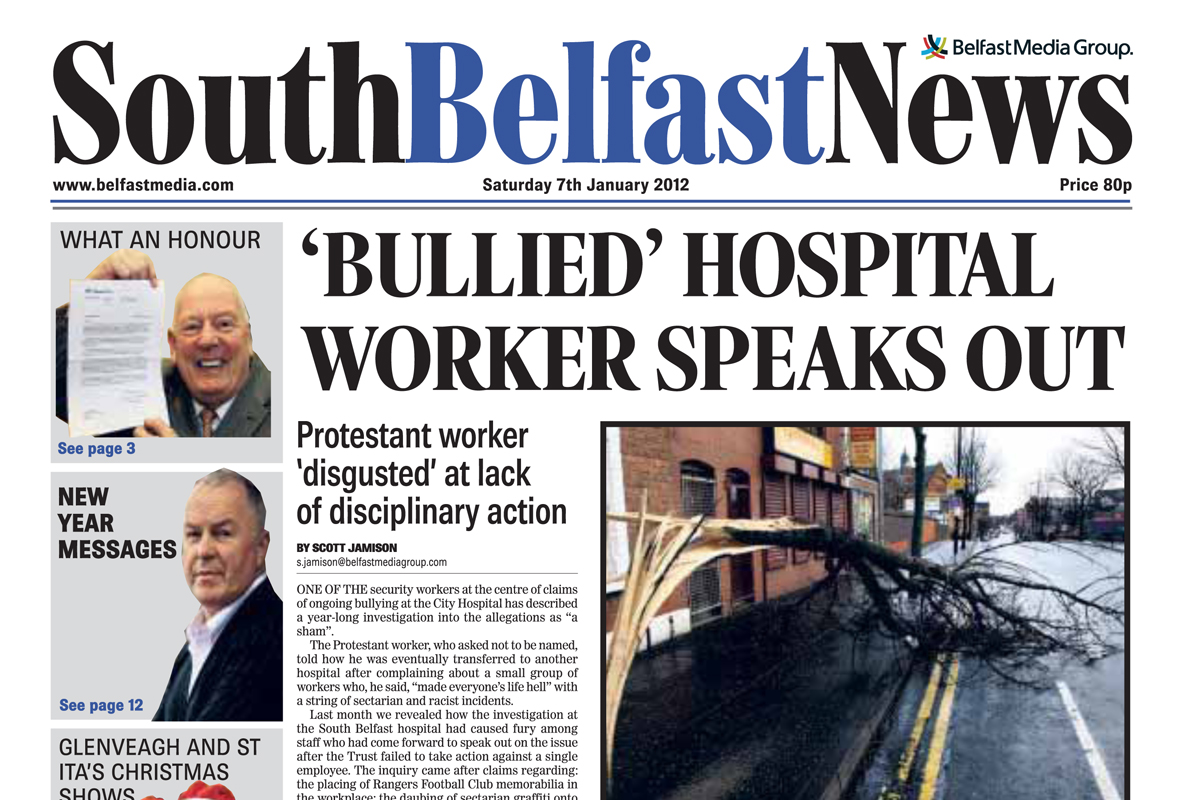 Senior management at the Belfast Trust have held a meeting with trade union representatives over bullying claims at the City Hospital following the “negative publicity” generated by stories in the South Belfast News.

In the past month the SBN has reported on allegations of sectarian and racist bullying carried out by members of the security staff at the South Belfast hospital against other workers there. The workers who came forward to make the claims slammed a subsequent months-long investigation by City Hospital bosses as “a whitewash” after no-one was disciplined.

The report into claims of Rangers Football Club paraphernalia and sectarian graffiti being posted on lockers; National Front material being pinned to a notice board; and a picture of paedophile priest Fr Brendan Smyth being stuck to a rota book has not been released. Instead, a number of recommendations were issued to staff.

However senior managers at the Trust called a meeting last Thursday (January 12) with an official from the Northern Ireland Public Service Alliance to discuss the situation and what could be done to resolve it.

A source told the SBN the meeting had come about because of the coverage in this newspaper.

“The senior members of the Trust met with the official and there was criticism of not only the outcome of the investigation but the way it was conducted. There was a comment made that if members of staff felt the need to go to the media, then the Trust had failed them.

“Staff members going to the media has obviously been an issue and once again it seems the management are more worried about negative publicity than the situation itself.

“The annoying thing is it’s taken the bad publicity for them to turn around and do something. People went to management, laid their cards on the table and bared their souls but they were not really listened to. But as soon as articles appear in the paper the Trust had to be seen to do something.”

The source said a further meeting between the Trust and the official would take place next week to discuss “a way forward” over the issue.

“Staff are now just waiting to see what comes of this. What is wanted more than anything is recognition there is a serious issue and the Trust are willing, and have the guts, to do something rather than have it glossed over.

“Despite the recommendations that were given out to staff, nothing has changed in the department, so no matter what comes of this it can't be any worse than what we have now.”

A spokesperson for the Belfast Trust said it would not be commenting on the meeting.