Tura to dance in front of the Pope 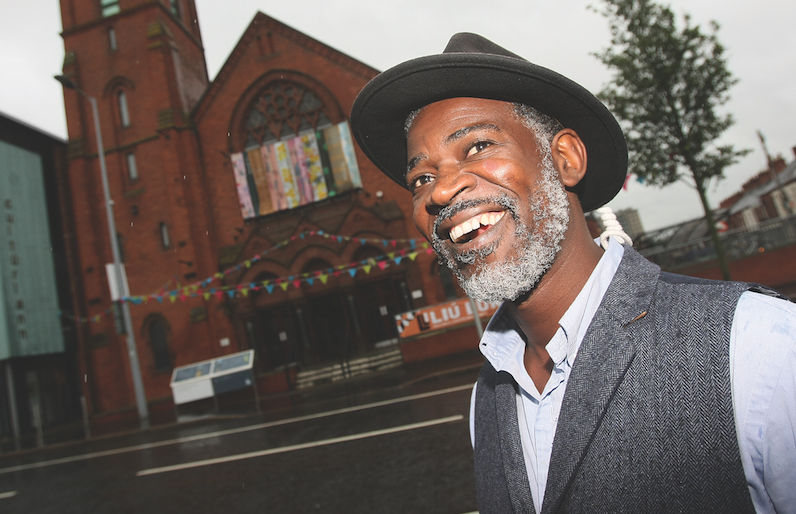 HONOURED: Tura Arutura is set to meet the Pope in Dublin this weekend

A BELFAST GAEILGEOIR is ‘excited’ and ‘honoured’ to be performing at the World Meetings of Families this weekend at Croke Park, where he will meet Pope Francis.
Cuthbert ‘Tura’ Arutura will dance at the opening ceremony on Saturday evening. The invite came about after he spoke about his passion for Ireland in a video interview in which he reflects on gaining his Irish citizenship.
“This fella phones me and said we watched the video of you being actualized to be an Irish citizen and we felt touched by your enthusiasm and we would love for you to speak about being Irish and how I felt it enabled my sense of freedom and a sense of who I am,” he explained. “They wanted me to share that thought at the World Meeting of Families concert, which I agreed to do, and then a week later they called to ask me to perform a dance and another one.
“I had a few meetings with the organisers and the artistic directors and choreographers. Mostly I will be performing at the opening sequence of the festival with Emma O’Sullivan and others to the song Freedom by Pharell Williams.”
The father of three moved from Zimbabwe to Belfast in 1993 and said whilst he was delighted to be here he was devastated that most people didn’t speak the Irish language. He began learning Irish in the Cultúrlann and Ionad Uíbh Eachach over the years.
“Cultúrlann and Ionad Uíbh Eachach is where I began my journey with the Irish language,” he said.
“My grandmother told me that when I came to this island I needed to do it [learn the language] because until I did I would never experience the part that comes with it.
“I didn’t find the language itself difficult to learn, what I found difficult was the drama around it. Once I got to the point when I said I didn’t need those who didn’t support me in my journey I was able to enjoy it so much more. I love reciting Gaeilge poetry and it’s something I continue to do. I just had this one track mind to learn Irish and be around it.
It’s not easy as this country is designed against the Irish language, there is nothing about this country that makes it easy to learn it from TV to the politicians. I have seen West Belfast grow to have a Gaeltach Quarter and in contrast I have seen parts of Ireland dwindle away until there are none so having the mindset to learn it and the tools to learn it are important.”
Reflecting on how far he has come he said he is proud to share his journey this weekend to such a wide audience and hope he has an impact.
“I’m both nervous and excited about the whole experience, I’m ecstatic. I’m very mindful of how it changed my life and how it will change the life of the people I will spend time with during my time on stage with the Pope who has such a je ne sais quoi when he speaks. You don’t have to be Catholic or Protestant or whatever to appreciate it and that’s the beauty of Pope Francis. He makes the Gospel acceptable without embellishments.”
He added: “But something happened when I started learning the language and I was prepared to give up the perceived notion of things and just go and do it.”