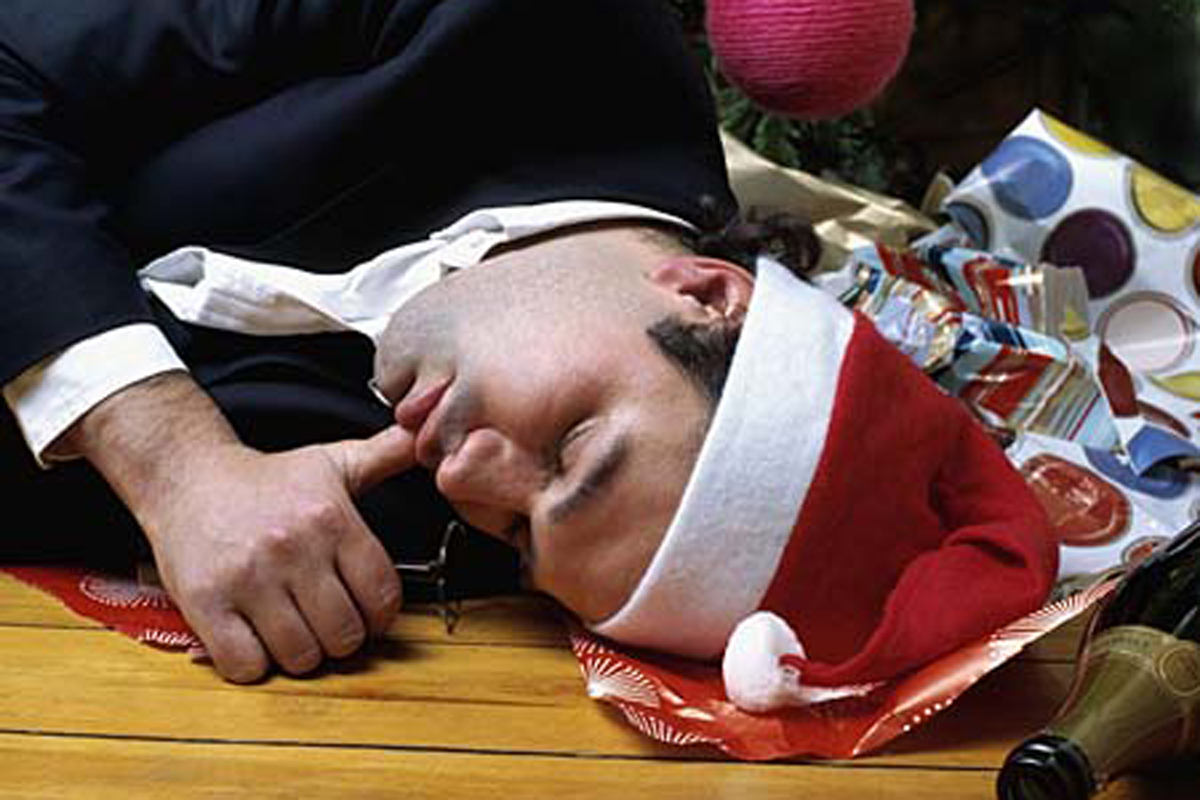 ‘Tis the season to be jolly. ‘Tis also the season to drink too much, make a fool out of yourself in front of those you spend most of the day with and spend the rest of the festive period regretting you had ever heard of 37 different flavours of vodka.

When it comes to alcohol, I seemed to have touched lucky. While many of my friends tell me about their hangovers following a night on the sauce I’m not one for sympathy, mainly because A) it’s self-inflicted pain they’re going through and B) I don’t get hangovers.

Yes, that’s right, the demon drink doesn’t affect me. Okay, well that’s not strictly true – I do get drunk but jolly drunk and not enough to black out or forget the events of the evening.

And the next morning? Bright-eyed and bushy-tailed, ready to take on the world while everyone else is a casualty, licking their war wounds.

As far as superpowers go, it’s not up there with flying, spider-like climbing abilities or even the power to talk with fish (honestly, how useless is Aquaman?) but I’d still take it if offered.

Before you hate me too much, it doesn’t mean I’ve never experienced the seedier side of drinking. Part of the reason for my lack of hangovers is my tolerance for beer. I can drink it until the cows come home and be fine. Spirits, however, are a different story. With them I have the tolerance level of a three-year-old girl. One who gets drunk particularly easily at that.

I remember one night out in fact that ended up costing me over £100 due to the fact I woke up the next morning without any glasses and blood smeared across my face.

To this day my mum remains convinced I was fighting at some point. In fairness, I can’t actually remember most of the night and so could have well been but I think the injuries sustained probably had more to do with drinking cocktails for much of the night (no idea why) and subsequently falling over. The last thing I remember was being in a bar and pretending to be Mancunian, complete with a Liam Gallagher-style accent (no idea why either) so that says it all.

This doesn’t mean I’m still not affected by the worst things to happen to nights out ever though. They are two things that, due to advances in technology came along in quick succession, as if they were meant to be together ruining things forever. Yes, I’m talking about the twin horrors of digital cameras and social networking sites.

Before they made their evil way into the world, the maxim ‘what happens on tour, stays on tour’ was gospel. Your transgressions were remembered only by those who were with you on the night and even then that was not always the case due to drink consumed.

But now the whole world is able to put their collective eyes up to the figurative window and peek in at your drunken debauchery. Truly, of all the phrases in the English language, none is more bloodcurdling than ‘So-and-so has tagged you in a photograph’. You click on the link and seconds turn into hours which turn into days as you await it opening.

And then the (ironically) sobering reality as you see your portrait, eyes redder than Satan himself and head rolling to the side as if you’re a human version of one of those bobblehead figurines for car dashboards.

It doesn’t put you off nights out though and in fact all this talking about it is making me a bit thirsty.

Anyone for a few pints? No cameras allowed though.