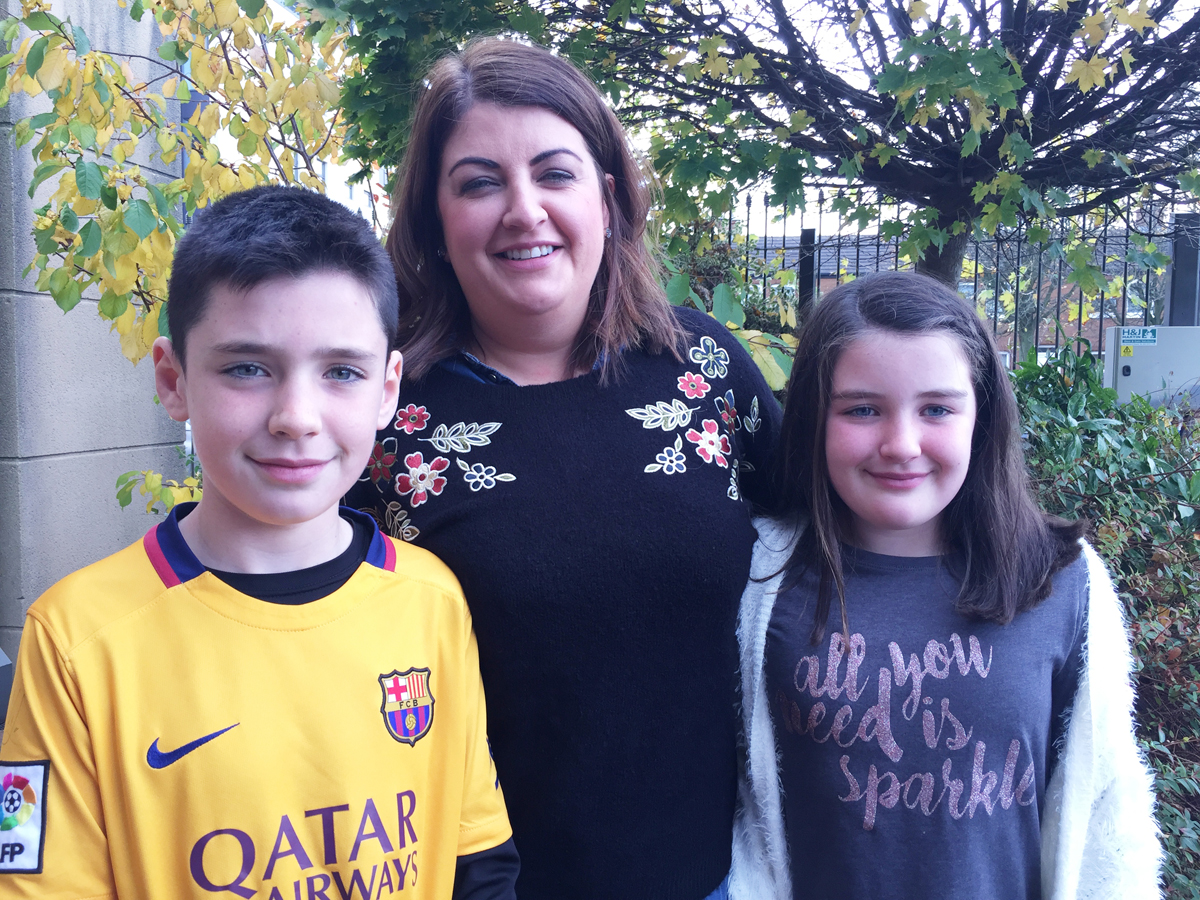 This Christmas they are the stars of a Cancer Focus NI radio advert. The twins’ dad Liam passed away on New Year’s Day 2010 at the age of just 31 after a long and courageous battle with cancer. Liam was much loved and respected member of the community, as was evident by the crowd which gathered at his funeral. He was a keen Gaelic football player for St Paul’s GAC and a passionate Gaeilgeoir. Amy and Liam (9) volunteered to help Cancer Focus NI’s Spirit of Christmas Radio Appeal. The twins use the family support service and want to help fund the service so that other children in a similar situation can also benefit. The advert will run from Saturday, December 3, until Saturday, December 17 on Q Radio.

Mum Bernie said: “When we were told the cancer was terminal in September 2009 we were put in touch with Rachel Smith, the family support coordinator at Cancer Focus NI. Liam had been diagnosed with a brain tumour when he was 19 but was able to live a normal life for years. He had his first surgery when he was 24 and over the years had three surgeries, radiotherapy and chemotherapy. But it was only when he was 31 that the cancer became aggressive.”

Bernie remembers that Liam always made sure he had a very positive attitude around the children and the couple were very honest about what was happening.

“Rachel at Cancer Focus NI helped us prepare what we were going to tell the kids. She helped their daddy put together messages that they will be able to read when they are older along with mementos for them to keep. I’d encourage everyone to help support this wonderful service and anyone affected by cancer should definitely give Cancer Focus NI a call or look up their website.”